United Kingdom, 22nd June: Around 7,000 foreign nurses could be deported from the UK due to new UK visa norms.

Its being likely that by the year 2020, nearly 7,000 foreign nurses will be deported.

The proposed UK visa rules will become effective in the year 2016. It has been signed off already by the UK coalition government before the polls. The UK PM David Cameron is chalking out new ways to curb the growing inflow of immigrants into the UK. And the target is to reduce migrants from the non-EEA(European Economic Area).

<blockquote> The UK visa rules coming into effect in 2016 will compel around 7,000 foreign nurses to move out. </blockquote> 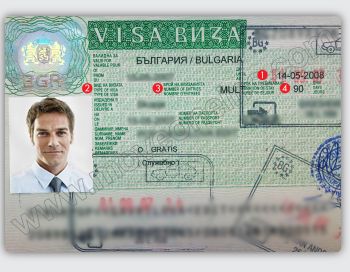 What are the proposed UK Visa rules?—Well, as per the details, new UK visa rules coming into force in the year 2016 will require immigrants to leave the UK after a period of six years provided they are not earning £35,000 or more.

As per the RCN(Royal College of Nursing) chief executive, Dr. Peter Carter, such a move could spell a big hole in the NHS spending. It will create chaos as the rules will trigger severe shortage of nurses across the NHS.

Chaos for the NHS–In such a state of affairs, the hospitals facing staff crunch will be fighting to hire more foreign workers to replace foreign nurses sent home, he further clarified. It is estimated that by the year 2017, around 3,300 NHS nurses will get affected.

So, around £40 m will be wasted if we consider the recruitment costs of foreign nurses, the RCN maintained. Presently, nearly 400,000 nurses are employed in the NHS in England.

The demand for nurses in going up and in such a time, there seems to be no logic in limiting the inflow of immigrants, especially foreign nurses into the UK, the RCN chief executive Dr. Peter said.

Its wholly illogical since the NHS trusts are already spending huge amounts, nearly tens of millions, to hire nurses from abroad.

He agreed to the fact that there is a need to train more nurses in the UK, but it is also true that foreign nurses are vital to fill the gap.