United Kingdom, 17th June: The UK government must hire 5,000 foreign GPs or it will not be able to reach its target.

This has been warned by a large recruiter in the UK. 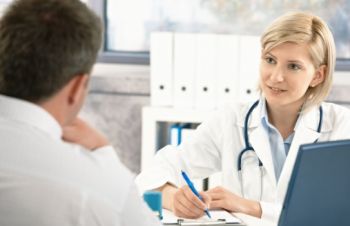 UK must hire 5,000 GPs—The UK must recruit 5,000 GPs else it will fail to reach it target. So, the UK government will either have to recruit increased number of foreign doctors or it will fall short of reaching its target.

<blockquote> The UK will have to hire around 5,000 GPs or will have to review its immigration norms for recruiting more docs from abroad. </blockquote>

If the UK witnesses the number of medical school graduates getting doubled, still, the UK PM David Cameron will not reach the annual target of employing 5,000 additional GPs by the year 2020.

So, as a result, the NHS is not allowed to hire GPs from non-Europe nations.

Where will the additional doctors come from unless the UK government takes adequate action in this regard, quipped James Hick, managing director of the ManpowerGroup Solutions UK.

An additional 5,000 new GPs have been targeted by the UK PM Cameron for extension of surgery opening hours in the UK. This is aimed at offering improved care for UK population. But, the question now is where can the UK get these additional GPs.

Doubling the number of medical school graduates from UK universities would also be of no use in this regard.

The UK is witnessing an acute shortage of GPs throughout the nation. As per Professor Maureen Baker, who is the chairperson of the RCGP, the government needs to review its rules.

Family doctors have not been included on the Shortage Occupation List despite being a severe shortage of GPs in the UK.

So, the need of the hour is to everything the UK can for increasing not just the home-grown GPs but collaborate with the policymakers and the medical schools in the UK for recruitment, retention and return of the family doctors.