This is going to be done by the UK Universities. 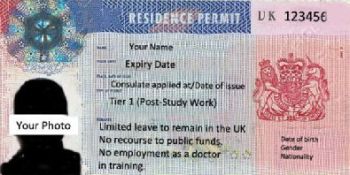 <blockquote> The UK universities will be encouraging more and more foreign students to come, study and work through opening up of UK Post Study work visas for Indian students. </blockquote>

So, the UK is firm on re-instatement of UK Post-study work visa for Indians soon.

That’s something great for Indian students wanting to come, study and work in the UK.

UK Post Study Work Visas—It may be worth mentioned that the UK Post Study Work visa allows foreign students to come to the UK and work here for two years after successful completion of their study courses in the UK.

It needs to be notable that the UK has a high percentage of Indians studying in different UK universities. Each year, a large number of Indians come to the UK for studying here.

Decline in Indian students to the UK—Due to declining number of foreign students, especially Indians to the UK, the UK has decided reintroduce its UK Post Study work visas for Indians. A downfall of 50 percent was witnessed in number of Indian student enrollments in the UK universities in the recent past.

Many other nations have been cashing in on the tougher UK post study work visa rules by luring more and more foreigners with easier work visa norms. As per the rules, the foreign students could only work for two years in the UK after completion of their studies here.

So, it has been well understood that the UK education policy is not only affecting the foreigners wanting to study and work in the UK but also the employers and the education sector. As a result, the UK is losing revenue from foreign students.

Â£1,003 million is the revenue earned by the UK from the foreign students. That’s something quite noticeable. Hence, taking a cue from the enormous contributions of Indian students to the UK economy, the UK is all set to reintroduce its post-study work visas soon.