India, 12th June: Tougher US H-1B Visas will be the latest issue to affect IT firms.

So, Indian IT firms will be hit severely by the tougher availability of US H-1B visas.

This will be when the US goes to polls in the coming year. 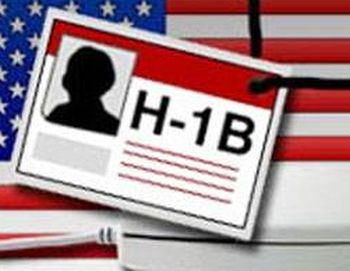 <blockquote> The US immigration and visa issues are likely to bog down Indian IT firms in the year 2016. </blockquote>

As per the chief executive and founder of HfS Research, Phil Fersht, a significant issue in the year 2016 will be the displacement of US back-office and IT jobs.

The IT sourcing industry has been a big beneficiary of the US H-1B visas needed by skilled foreign workers for working in the US.

The US happens to be the biggest Indian IT services sector market right now.

US H-1B visas—US H-1B Visas are needed by skilled foreign workers wanting to come to the US for working here. Each year, the US issues a total of 65,000 US H-1B Visas. The workers are issued US H-1B Visas for working at different client locations based in the US.

Meanwhile, it is being alleged recently that the US H-1B Visas are proving to be a cheap substitute for hiring skilled foreigners rather than Americans. American workers feel the US H-1B visa process is proving to be job snatcher for them since they are being replaced by cheap foreign workers.

Such layoffs have led to calling for a probe by some American Senators into the US H-1B visa process.

Meanwhile, it needs to be noted that American workers consider such instances not as India specific issue but as an issue of temporary foreign workers replacing US citizens and US permanent residents.

Meanwhile, it is too early to say anything about the impact of the Presidential polls on the US H-1B visa issue and its affect on the Indian IT services sector.

It needs to be worth notable that the US economy is getting benefits from the Indian IT services providers.