Russia, 1st May: Are you an aspirant of studying in Russia? If yes, then it seems to be the right time for doing so.

Russia is working to welcome more and more foreign students to study here. 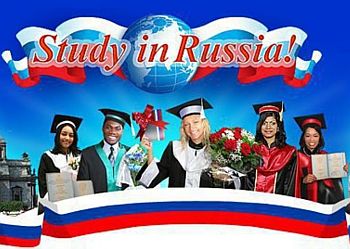 Want to Study overseas? Want to Choose Russia?—Do you dream to study overseas? If yes, then you can look forward to studying in Russia. Yes, Russia offers a good opportunity for pursuing study courses. In fact, it is a good nation for getting an international degree and is equally good as Australia or the US.

Russia offers rich culture for foreign students wishing to study here. As per 2013 report made by the World Bank, Russia happens to be the ninth biggest nation. Currently, the nation has increasing number of foreign students from Asia and Europe. And foreigners already studying in Russia admit their experiences as being joyous.

European Standards of Education—Russia’s education system has for its basis the standards and principles of Bologna Declaration. Hence, it has already adopted to the European education standards.

Moscow State Institute of International Relations(MGIMO) is the first university of Russia to join the European Universities Association. It happens to be leading university for students wishing to make a career in diplomacy.

Yes, this is being done to foster pro-Russian international relations among foreign students coming to study here.

A plan is underway to increase the intake for state sponsored students in different Russian universities for fostering more positive international relations with the world. So, efforts are being planned to promote the international goodwill of Russia.

A special government scholarship program is being offered to foreign students wanting to study in Russia, informed director of the 3rd Asian Department-Ministry of Foreign Affairs of the Russian Federation, Andrey Tatarinov.

Foreigners wishing to get an internationally recognized degree from Russian universities can make an application for state scholarship. Russian scholarships have already benefitted around four percent of foreign students (around 15,000 foreign students).