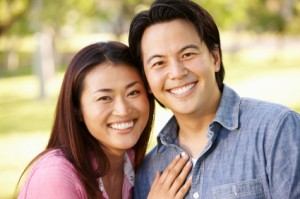 Family Class visa is a very popular visa program among foreign immigrants who would like to bring in their families to settle in Canada. And the most commonly used segment in the Family Class program is the Spousal Sponsorship program. These programs reflect the pro-family policies of the Canadian government. But the increasing misuse of these programs has forced the immigration authorities to bring in new legislations to ensure the legitimate use of the program.

The Citizenship and Immigration Canada (CIC) authorities have taken note of the widespread fraud marriages that are taking place to misuse the Spousal Sponsorship program. There are two ways in which this fraud takes place: 1) the Canadian Sponsor is led to believe that the foreign national is genuinely interested in marriage, but once the foreign national enters Canada they move away; 2) the Canadian sponsor willingly agrees to the fraud marriage after accepting a decent amount of money as reward for facilitating such immigrations.

Fraudulent marriages affect the aspirations of genuine applicants. This results in the delay of visa processing of genuine families who are forced to stay apart from each other, while fraudulent ones enjoy the benefits available.

Newly Married and Without Children

The new regulations primarily concern married partners who apply for a permanent resident visa within two years of their marriage. Their relationship, if any, prior to their official marriage, is not considered.

By implementing these new regulations the CIC hopes to fast track genuine Spousal Sponsorship applications. These rules have been set in place since October 2012. Hence couples whose applications are presently being processed would be introduced to the new regulations.

There are two new rules that the CIC introduced in 2012:

1) Five year ban rule – Citizens and Permanent Residents of Canada have the right to sponsor their spouses, common law partners or conjugal partners. But those who have already sponsored a spouse are banned from sponsoring another spouse for a period of five years after the permanent residency has been granted.

2) Conditional PR – Couples who have been married only for less than two years and do not have any children together will only receive a conditional permanent residency till a conjugal cohabitation of two years is proved.

A “conjugal cohabitation” is considered legitimate when a couple continue to dwell together under one roof combining and sharing mutual and personal responsibilities that can range from financial to emotional and social to physical realms of a relationship. Couples in a legitimate conjugal relationship would have made serious commitments to each other in various levels within the two years.

While periodic and reasonable separation for professional or personal reasons is allowed, cohabitating between periods of regular separation is not considered towards the required minimum limit of two years. It should also be noted that the permanent residency status can be revoked even if the non-compliance of conjugal cohabitation is discovered after the completion of the said two-year period.

Exceptions to the Rule

Exceptions to these rules are allowed in case of the two circumstances mentioned below:

1) Death of the spouse – If the sponsor happens to die within the stipulated two year period of conditional residency, the sponsored person will be exempt from the stipulation  by providing proof to the CIC of death and of conjugal cohabitation till death.

2) Abuse by partner – if the cohabitation becomes impossible because of spousal abuse or neglect then the two year requirement is not imposed. Failure to provide for the basic necessities of life like food, shelter and clothing, etc., would be considered as neglect and abuse can be physical, psychological, financial or sexual in nature. Cases of abuse are considered for exemption from the two year rule if the sponsored person, his or her child or relative are the victims of the said abuse.

Unless the sponsored partner is being investigated for fraud, the conditional resident visa will automatically be revoked at the end of the two year term. Canada may be coming down hard on those who misuse visa provisions, but their pro-family policies still are wide open for legitimate families who want to settle together in Canada.