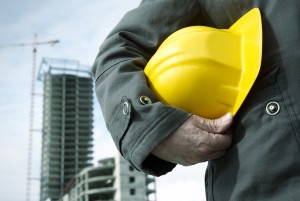 The Citizenship and Immigration Canada (CIC)’s 4×4 year policy for the Temporary Foreign Workers (TFW) came into effect from April 1st 2015. This policy was introduced in April 2011 seeking to restrict the period for a TFW to work in Canada to only four years in a row.

At the completion of the four years of working in Canada, the TFW has to leave Canada and stay away for another four years before they become eligible to apply for a new work permit. Only a few categories are exempted from this rule. It applies otherwise to all working classes, primarily of the lower skilled categories.

The CIC classifies professions based on the National Occupational Classification (NOC) list. All five skill categories are classified by the NOC into NOC 0, A, B, C and D. NOC 0, A and B are high skill professions while NOC C and D are semi-skilled and low skilled professions.

The four year limit does not apply to:

Those who come under NOC 0 (managerial) and NOC A (professional) categories.

Those who are working in Canada under international agreements like the North American Free Trade Agreement.

Those who are in professions that does not require a Labour Market Impact Assessment (LIMIA) certification.

As the first four year limit period has come into effect, those affected should either leave Canada or opt for other permanent residency visas. But before packing your bags you should sit and calculate if your four year limit is up.

Leaves and Travel not Counted

The TFW program was introduced to address the skill shortages in Canada. But the new 4×4 year policy had to be introduced to discourage TFWs from staying back in Canada indefinitely. The word “Temporary” has a meaning which needs to be maintained. To be a permanent worker, there are other options available and this policy would encourage those who want to stay back to pursue them.

TFWs who have already been working in Canada may be eligible for permanent residency under various other categories like the Federal Skilled Worker (FSW), Federal Skilled Trade Class (FSTC) or the Canadian Experience Class (CEC). TFWs can also qualify for permanent residency through the various Provincial Nominee Programs (PNP) that are available. The PNPs are easier to procure.

Calculate when your four year limit will end and determine which visa procedure to follow. Then start preparing as early as possible as the new Express Entry Pool selection might negatively affect your chances. Getting a full time job offer from an employer would greatly help in your application for permanent residency.