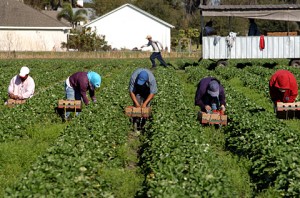 When the new “4in-4out” policy, introduced by the Canadian authorities to stop the misuse of the Temporary Foreign Worker (TFW) visa, comes into effect on 1st of April 2015, thousands of TFWs and their families would be in a limbo. According to the policy that was introduced in 2011, TFWs who have completed their allotted four years would have to leave Canada and wait for another four years before being granted a worker’s visa.

Those who would initially be affected by the new policy will have to make necessary changes soon as their four year period expires within days. This is going to be a very tough situation for them as most of them have settled down with their families and are linked up with various sections of the societies like schools for their children, community groups for the ladies, etc. But it is not an end of the road situation for them.

Here are some policies and options that the affected TFWs could consider, to continue living in Canada without having to leave at the end of their four year term:

TFWs who are soon completing their four year limit can apply for a Visitor Visa to stay back in Canada. A Visitor Visa is only granted initially for 6 months but is further extendable at the discretion of the visa authorities. A TFW needs to prove there are sufficient funds to support him during the entire period. He would not be allowed though to work or study under this visa.

Applying for a Student Visa is another way of staying back in Canada after the completion of the four year limit of the TFW visa. Canadian Universities and Colleges offer excellent opportunities to pursue research and other higher studies.

Through this Pool candidates are selected by the Citizenship and Immigration Canada (CIC) for immigration under one of the following immigration programs:

TWFs could find themselves qualified to immigrate under one of the above programs. Certain Provinces like Quebec have their unique nominee programs with criteria that are much simpler than other immigration programs.