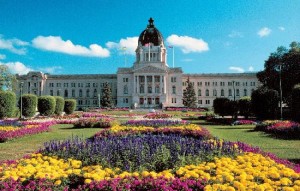 The sudden increase in the influx of new immigrants into prairie provinces in and around Saskatchewan is attributed to changes in its Provincial Nominee Program (PNP) during that time. The expansion of the Saskatchewan Immigrant Nomination Program motivated more people to seek to settle there. The sudden boon in its economy and its associated opportunities made it more attractive for the new immigrants.

The Saskatchewan PNP currently has three categories; 1) Skilled Worker; 2) Saskatchewan Experience; and 3) Entrepreneur programs. The increase in the number of new immigrants has contributed to the Saskatchewan population rising to an all-time high of 1,132,640. Majority of its population is settled in the southern part of the province.

Saskatchewan is a prairie province of Canada that has been inhabited by the indigenous groups from thousands of years. The Europeans settled there in 1774 and it became a province in 1905. It derives its name from the river Saskatchewan that flows in it and in Cree language it means “swift flowing river”.

Like its neighbouring province Alberta which is on the west, Saskatchewan is also a land-locked province with Manitoba on the east and couple of US states on the south and Northwest Territories on the North.

Saskatchewan was primarily an agriculture based economy. Wheat is a major agriculture produce and a sheaf of wheat is often used as its symbol. It is second only to Alberta in beef production. But recent diversification to other industries meant that agriculture, fishing and hunting industries now only make up 6.8% of the province’s GDP.

Mining has become a major industry and Saskatchewan is the largest exporter of Potash and Uranium in the world. Oil and natural gas production is another major economy generating business in Saskatchewan and it is only second to Alberta in Oil production.

Premier, Brad Wall, said: “It’s a big change from a decade ago, when so many young people were leaving and our population was declining”. He added that the growing population reflects the strength of the province and its economy.