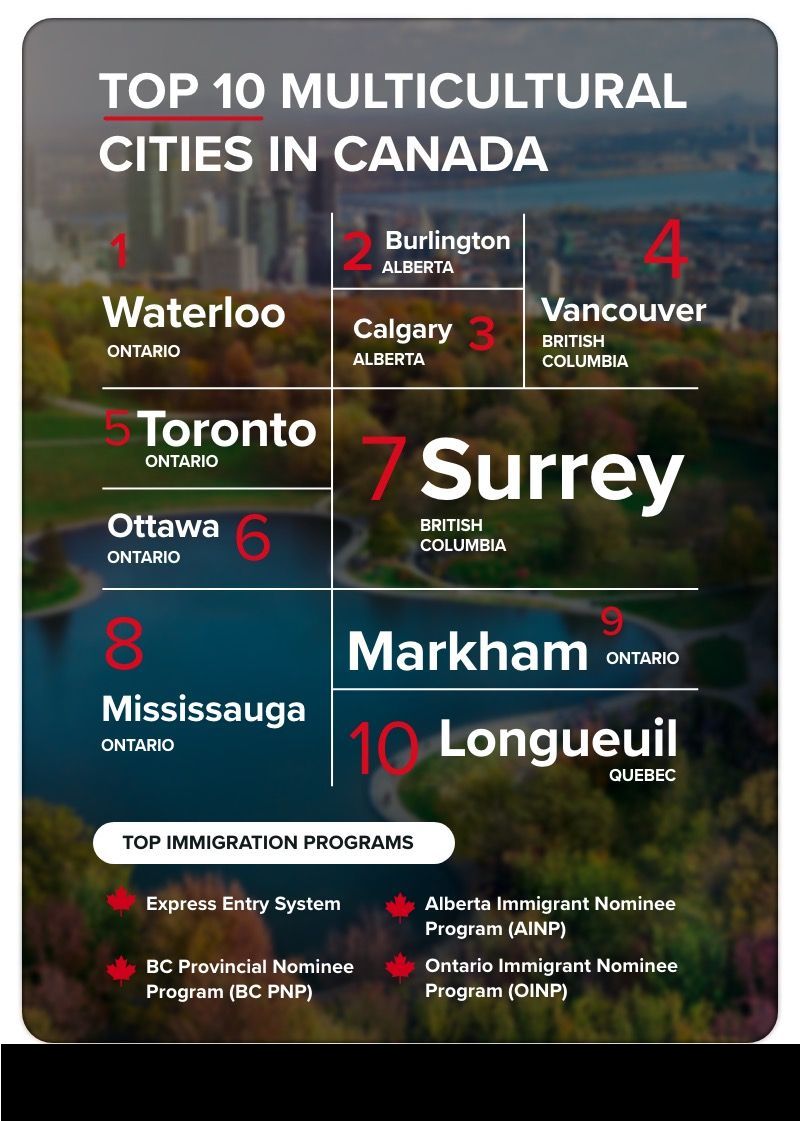 best Cities to live in canada

Currently, more than a million individuals of Indian origin are living in Canada. During a 2016 census, it was found out that close to 670,000 Indian immigrants had settled down in Canada either as naturalized Canadian residents or its permanent residents. There are some cities in Canada that prove to be more favorable for Indian immigrants than other.

Vancouver has been one of the most preferred cities in Canada for Indian immigrants to live in. It is said that the first Indian immigrants arrived in the country through this city. A century has passed by and the number of Indian immigrants living in Vancouver has only increased with time. As per the latest data, around 125,000 individuals of Indian origin are currently based in Vancouver and the areas surrounding it. Apart from having a thriving film and media industry, Vancouver offers a vast number of job opportunities in fields like construction, financial services, engineering, medical and health sciences.

Apart from hosting sporting events throughout the year, Edmonton is known for being an important cultural, educational and governmental center in the country. While it attracts tourists in large numbers, it also provides employment opportunities to many. Since the city serves as the base for innumerable diamond mining operations and oil sand projects, many Indian immigrants, who specialize in these fields, come here looking for work opportunities. The engineering and construction industries here, too, offer good professional opportunities to Indian immigrants.

Toronto- Offering maximum number of Jobs in almost all sectors

Toronto boasts of a vast Indo-Canadian community the members of which are employed in jobs in different sectors. Often referred to as the country’s economic engine, Toronto welcomes Indian immigrants with open arms and offers them lucrative jobs in different industries. Apart from a thriving job sector, Toronto is also known to be a good city for those who have an entrepreneurial mind. Many individuals from India set up businesses in the city and achieved tremendous success. A large number of Indian immigrants who live in Toronto hail from the Indian state of Punjab and that’s the reason you will find many Punjabi eateries in the city.