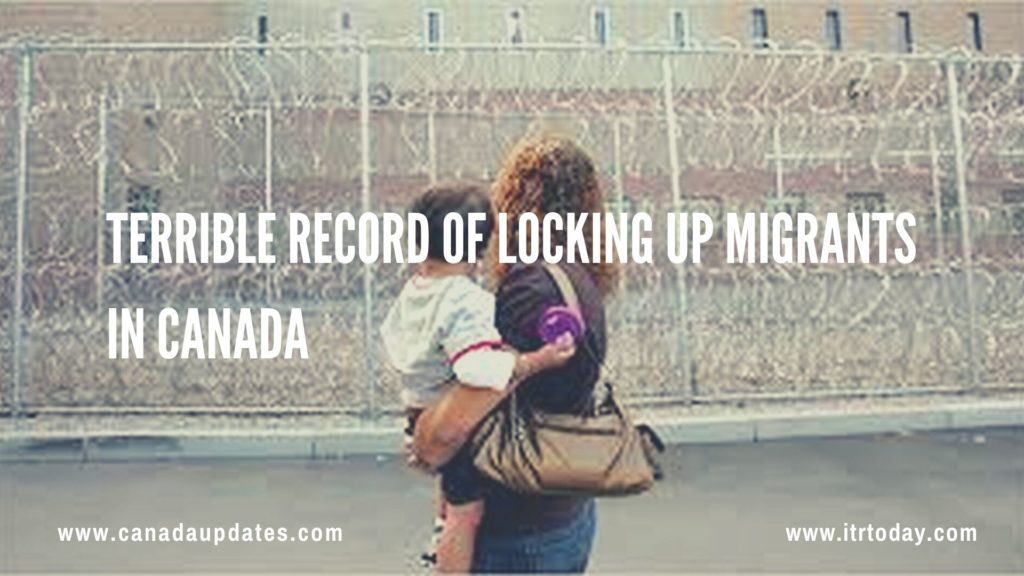 Unlike the criminal law system, where people know the length of their sentence, Canadian immigration detention does not have time limits. It has always been one of the only Western nations that have no time limit for processing migrants.

Canada has a  terrible record of locking up migrants and its immigration rate has generated so little political backlash despite being so much higher than America.

Have a look at the surprising facts of Canada’s immigration policy if you want to know how Canada’s immigration process works. When Canadian Prime Minister Justin Trudeau took charge in office in the year 2015, he offered a message that was refugee-friendly. He contrasted sharply with the acrimonious anti-immigration rhetoric that has prevailed in much of North America and Europe.

Even as the number of “irregular” asylum seekers arriving at the Canadian border started to increase after he took office. It was partly due to the harsh anti-immigrant policies and rhetoric of the Trump administration.

Trudeau kept on tweeting in early 2017: “Whatever you are or where you are from, there’s always a place for you in our country.” That year, Canada received the most asylum seekers in the nation.

Discussions in 30 Seconds hide
1 What do You Understand by the Term Immigration Detention?
2 Detention Without Charge
3 Detaining Children
4 The Mental Health of Detainees Adversely Affects
5 Faster Review
6 CBSA doesn’t have an External Oversight Body
7 Working on the Improvement of Detention System
7.1 About Post Author
7.1.1 Shobha Vats

What do You Understand by the Term Immigration Detention?

Immigration detention is not a criminal matter. The detained people have not committed a criminal offence. They are held according to administrative law, for reasons of migration.

The Canada Border Services Agency claims it conducts “arrests, detentions and removals of unauthorized persons in Canada,” but such arrests are made upon arrival, before any decision as to whether the person should remain in Canada.

Canada is one such country in the world which uses mandatory detention for some migrants, allowing detention with no judicial review for up to 12 months. According to the reports in the year 2018-2019, CBSA has had 9,861 migrants detained. On average, it took more than 99 days to hold 12 per cent.

Permanent residents and foreigners may be detained under the Immigration and Refugee Protection Act if CBSA officers suspect they are unable to create their identities; are unlikely to appear in immigration proceedings, or are considered a danger to the public.

In fact, in FY 2017-2018, around 94 per cent of people were detained because they were unable to establish their identity, were considered flight risks, or were wanted for further examination.

Canadian law sees juvenile detention as a last resort measure. Yet kids who are foreign nationals, permanent residents, and even Canadian citizens are being held — in FY 2017-2018, there were 151, including seven unaccompanied minors.

CBSA must conduct assessments of “best interests of the child” before detentions of minors or of individuals whose detentions would significantly impact minors. These evaluations don’t keep all kids out of facilities.

Children are allowed to accompany parents in confinement to keep the families together. In FY 2017-2018, 73 children were accommodated with their parents in detention facilities.

A study by Janet Cleveland and Cécile Rousseau in the year 2013, published in the journal Psychiatry, compared’ psychiatric symptoms’ in 122 detained asylum seekers with those of 66 ‘non-detained adult asylum seekers in Montreal and Toronto.’

It found that even during relatively short detention periods, detained persons developed psychiatric symptoms, depression and PTSD at a higher rate than those of the arrested.

The total detention in FY 2017-2018 was 14.3 days. The Immigration Division must review reasons for arrest within 48 hours. The next hearing should take place within seven days of the initial review. More tests are to be carried out every 30 days. Nevertheless, no legislation or government policy regulates the length of time a migrant may be held.

As mentioned by Brendan Kennedy in The Toronto Star in 2017, several people have been held for years. Reason for lengthy detentions is the difficulties of deporting migrants. As Emerald Bensadoun states in an article in Huffington Post in July 2019, Canada must have an arrangement with the receiving country to deport someone to another country.

It can be challenging to meet the conditions of any provision when the individual’s identity can not be confirmed or when the land of deportation does not want to issue travel documents.

CBSA is the public safety agency in Canada which does not have an external oversight body.” Absence of independent national and international oversight bodies contributes significantly to the culture of secrecy surrounding the Canadian immigration detention system,” the Global Detention Project noted in 2018. Recent efforts to establish a supervisory body have died in the Senate.

Working on the Improvement of Detention System

In 2017-2018 the Canadian Immigration and Refugee Board conducted an external long-term detention audit. It was found that the detention system relied on unreliable decision-making details, demonstrated unequal degrees across the country and discriminated against mentally ill inmates.

The report included a variety of recommendations. The Board officially agreed with the recommendations in July 2018 and issued a Management Response and Action Plan.

A 2019 Global News report showed a steady decline in the number of minors detained over the past couple of years. There has been some progress, but much remains to be done.

It’s time for Canadians to come together to demand something better. Our national legacy is one of hospitality, inclusion and humanitarianism. If we want to honour that, we need to lobby our politicians to reform our system of migrant detention, and eventually abolish it.