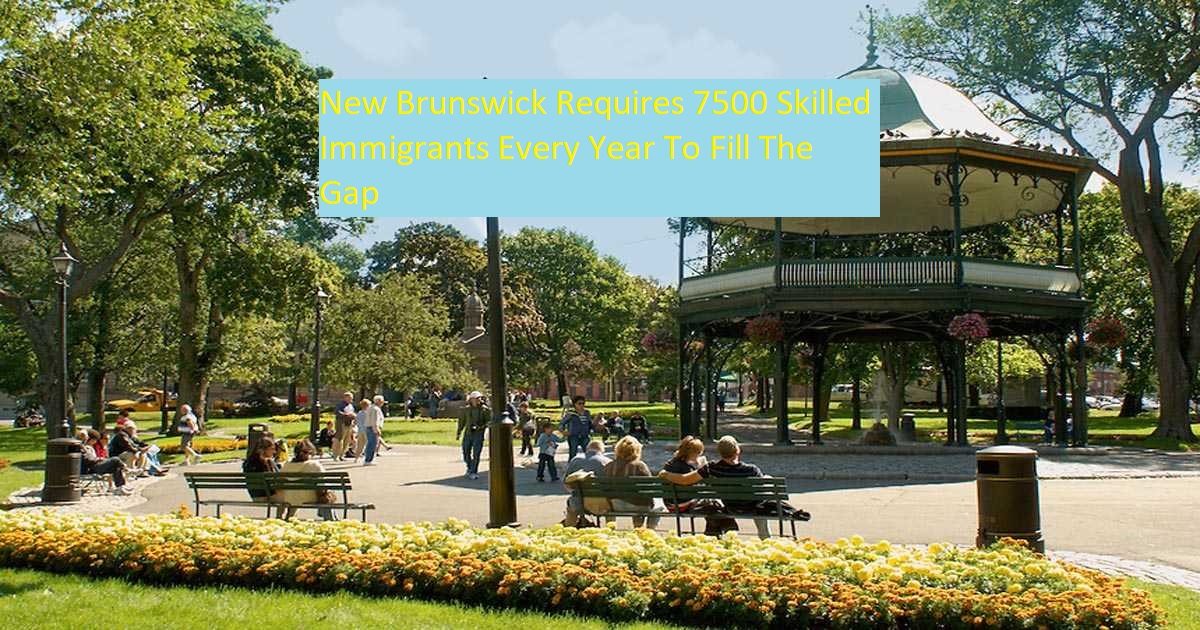 As per the report by Multicultural Council of New Brunswick- by 2026 there would be the labor shortage in the city by 110,200 workers as the workers are getting old and this will give chance to the new immigrants to come to the city and explore the opportunities. So it is appropriate to say that with an increase in Labor Shortage, New Immigrants in New Brunswick are called out in large numbers.

Discussions in 30 Seconds hide
1 The only way out to Escape the Labor Crisis is to get New Immigrants in New Brunswick
2 Impact of Labor Shortage on Economy forcing Employers to shift to other Countries
3 How increasing the Number of Immigrants by 1% will affect the Province?
4 Another way to fight the labor crisis is to retain the youth of the city is not enough- Executive director of the Council
5 Immigration is the pathway for the growth of the province-Leblanc
5.1 About Post Author
5.1.1 Diksha Garg

If we go by numbers, 110,200 workers will get short in next decade whereas, on the other hand, only 76,000 newcomers are joining the workforce which will leave the gap of 34,000 approximately. This according to the new report can only cover if the number of immigrant entering the city will be increased by 7500 per year.

Workers working in the city is already looking for the opportunities outside the country and making plans to move out to the countries like the US or other parts of Canada. The immediate impact of the relocation would be the shortage of tax revenue which will compromise the healthcare system in return.

How increasing the Number of Immigrants by 1% will affect the Province?

Multicultural Council on the labor shortage suggests the government of Canada to increase the population of the province merely by 1%. 1% annually will account for the 7500 newcomers which will help in meeting the gap.

The executive director of the multicultural council- Alex Leblanc commented on the report and said that during the year 2013 till 2018 all the growth in the labor market is just because of the immigrants only and in fact he added that per year quota for the immigrants in entering the country is 1% of the population.

On denying the idea of retaining the youth and lured the people who are moving out to come back to the city is not enough and this is not a way for growth. Across the whole of Canada, there is a decrease in the native-born workforce, so living on the idea that retaining the Canadian workforce can manage the situation is false. With this idea, we even can’t maintain the current jobs forget about the growth in the future.

Immigration is the pathway for the growth of the province-Leblanc

With the ending note, Leblanc advised New Brunswick to open its pathway for the immigration which would not only help the province to come out from the crisis but also help the economy of the province to grow at a competitive rate.