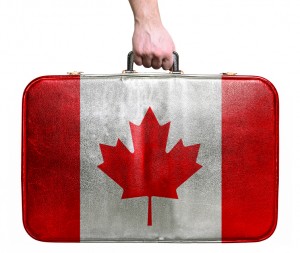 Some of the changes that would be made are

·         Updating the Median Hourly Wages of each Province

·         Complete implementation of the new LMIA regulations in Quebec.

The regulations that were in place to protect the interests of Low-skilled TFWs will apply to the new category of low-wage workers. Employers will have to provide the following, for TFWs who are paid below the PMW:

·         registration with provincial workplace safety board, and

A new and simplified way of calculating the Low-wage skills will also be introduced. The new calculation will be based on the total number of full-time and part-time workers that are employed and not on the number of hours they have worked.

There are a few important points that need to be considered to prevent making any errors while applying under the new regulations:

·         The ESDC and other authorities will be using the National Occupational Classification (NOC) of 2006, and not the NOC 2011, to assess the skill and wage status of the applicants. NOC 0, A, and B, are of high skilled occupations, and NOC C and D are of low skilled. Occupations that come under the high-skilled category would in most cases be that of the High-wage category and those from the low-skilled category will be of the Low-wage category.

·         Employers applying to hire TFWs will have to use the new LMIA application forms from 30th April 2015. Old application forms will not be acceptable after 30th. The new forms can be used for both Low-wage and High-wage applications unlike the previous ones which were separate for High-skill and Low-skill categories.

·         Since Quebec is also implementing the new regulations, employers will have to follow them from 30th April, except for the 42 recruitment-exempt occupations that will still remain so.

·         Employers from the food and accommodation service sectors are now dis-allowed from applying for LMIAs in 10 of the Lower skill occupations.

Employers have to now pay higher fees for Low-wage applications and fill out longer application forms and also maintain detailed recruitment records. They have to strictly adhere to all the new requirements and ensure that all the necessary information is provided while applying for LMIA after the implementation of the new regulations from April 30th 2015, to prevent any delays caused due to errors committed.