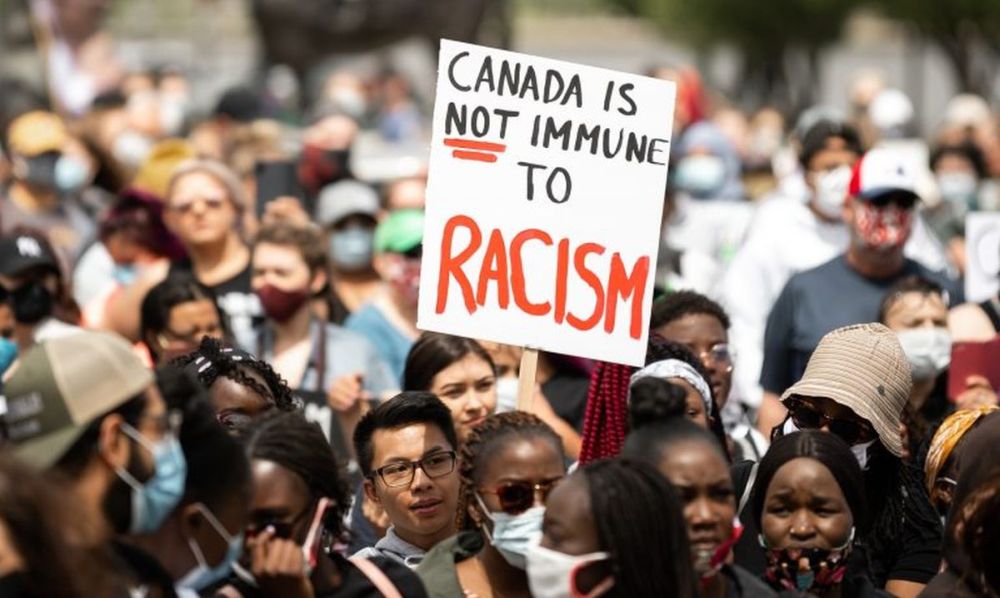 Discrimination is a problem for many immigrants. The UN World seminar against Racism, Racial Discrimination, Xenophobia, and Related Intolerance, held in South Africa in 2001, provides an opportunity for the Canadian Council for Refugees to express its concerns about the global trend of restrictions and discrimination refugee and immigration policies.

Refugee and immigrant intolerance, xenophobia, and racism are all intertwined. Indeed, in Canada, where the open articulation of racist ideas is often frowned upon, anti-immigrant prejudice acts as an outlet for underlying racist sentiments. This is especially prevalent during times of economic or political hardship, when those with less authority, such as newcomers, are convenient scapegoats for society’s flaws.

In recent years, Canada has gained international recognition for its liberal immigration and refugee policy. It is well-known for its refugee protection system. The Canadian Charter of Rights and Freedoms ensures that all Canadians have access to basic human rights protections regardless of their status.

Discussions in 30 Seconds hide
1 Is Racism Part of life in Canada? yes but it is low key and silent
1.1 Also Read- What are Implications of Removal Order from Canada
2 Is it having an impact on the immigrants in Canada?
3 Policy problem in Canada to tackle Racism
4 The evaluation’s context- Racism matters to some extent in Job Placement
4.1 About Post Author
4.1.1 Terry

Is Racism Part of life in Canada? yes but it is low key and silent

Nonetheless, racism and prejudice are a fact of life in Canada. They exhibit themselves on a personal level in the way people are occasionally treated. They also present themselves at a systemic level through the operation of government agencies and refugee and immigration policies that have a disproportionate impact on racialized groups or that otherwise lead to discrimination against newcomers as a group or specific sub-groups of newcomers.

Also Read- What are Implications of Removal Order from Canada

Is it having an impact on the immigrants in Canada?

Racial discrimination has increased in recent years, and immigrants have suffered dramatically as a result. Yes, prejudice is a problem for immigrants. The majority of immigrants are from India, Pakistan, China, and other Asian countries, and they are suffering greatly due to discrimination. They could not obtain work or their desired employment due to bias, and many immigrants are viewed as criminals in some places. In Canada, skilled immigrants suffer in the labour market, with significantly higher unemployment and lower wages than non-immigrants. Researchers edited hundreds of resumes at random to see how having international experience and the name of Chinese, Indian, or Pakistani origin (all significant immigrant populations in Canada) affected call-back rates. Call-backs were higher for resumes with English-sounding names than Chinese, Indian, Pakistani, or Greek characters. Resumes with Chinese, Indian, Pakistani names received more responses, but call back rates were still lower than those with English-sounding names.

Job seekers throughout the world face discrimination based on nationality and ethnicity. Observable characteristics on candidates’ resumes may operate as signals for unknown information when employers decide which applicants to consider for a position. Employers, for example, may make assumptions about a candidate’s language ability based on her country of school, work experience, or even her name. Employers may discriminate based on prejudices or assumptions about people from certain countries or ethnicities, whether deliberately or subconsciously. In a prior study, J-PAL linked professors discovered that resumes sent to Boston and Chicago with white-sounding names received 50% more calls than those shipped with black-sounding terms. Skilled immigrants in Canada face challenges in the work market. There is no information on how discrimination impacts immigrants in this environment or whether different work experiences or language skills might help reduce it.

Canadian immigration policy encourages immigrants with a high level of education and expertise in high-demand industries to attract high-skilled workers and support economic growth. Almost all immigrants have entered Canada in recent years using a point system that assesses applications based on variables such as education, age, work experience, and language proficiency. The vast majority of these newcomers come from China, India, or Pakistan. Almost every new immigrant who enters through the point system has at least a bachelor’s degree. Even still, recent immigrants had nearly twice the unemployment rate of Canadian-born individuals of the same age. They may also judge cultural or linguistic disparities and bias categorically against immigrant applicants, whether knowingly or unconsciously.