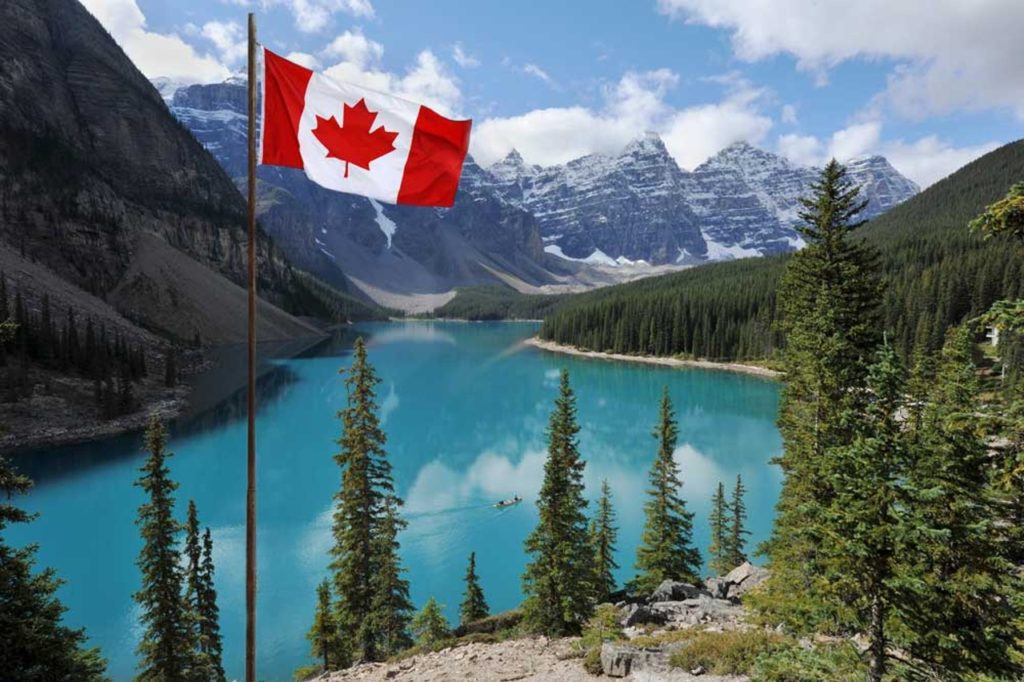 Canada Is One Of The Best Places To Immigrate

Until a few years ago, the United States was the first preference of every immigrant. But with the American policies becoming stringent to the level of indicating animosity towards the immigrants, suddenly aspiring immigrants have started looking for other better alternatives. And Canada seems to be just the perfect solution at this stage. Be it the country’s flexible immigration rules or the immense opportunities that the second largest country offers to its new immigrants, currently Canada tops the list. But there are many more reasons that make Canada one of the best places to immigrate.

Discussions in 30 Seconds hide
1 1. Where Multiculturalism Thrives- Yo will never feel out of place once you Immigrate to Canada
2 2. 10th Largest Economy Offering Service-related Jobs- Difficult to land first Job- but once you settle, Sky is limit
3 3. Most Educated Country In The World- gives you great feeling to bepart of this Great Country- Canada !
4 4. Rapid Growth In Tech Industry- Makes Canada a great country to settle
5 5. Universal Healthcare- Oh Canada I am happy I Immigrated here
6 6. Canada- Country With Added Benefits
7 7. Canada Offers Highest Minimum Wage
8 8. Canada is One Of The Most Peaceful Nations
9 9. Canadians Enjoy Stable Banking
10 10. Canada- The Country of Lakes is also one of the most Beautiful Country
10.1 About Post Author
10.1.1 Sangati Jogwar

1. Where Multiculturalism Thrives- Yo will never feel out of place once you Immigrate to Canada

Canada is one place that openly embraces multiculturalism. With over 30 ethnic communities and 100,000 plus people living in harmony, the country has been known and hailed for its mosaic approach towards multiculturalism. People from different communities and countries come here, blend, and live happily. Rather the prominent places in the country like capital city Toronto have served as the melting point where minor and major ethnic communities gel into one composing a peaceful neighborhood.

Canada is the 10th largest economy of the world that offers huge job opportunities in service-related fields. The abundance of natural resources has contributed in an enormous way to the growth of its economy. Of course, the service-oriented field comprises of around 80% of the country’s job sector. But, its goods-producing sector has also seen steady growth in the last decade with oil and petroleum and manufacturing industries finally evolving competitively.

3. Most Educated Country In The World- gives you great feeling to bepart of this Great Country- Canada !

It is the most educated country in the world spending much more than any other advanced country on education. Apart from offering the best K-12 public education, it is also home to the world’s topmost universities including McMaster University, University of Toronto, the University of British Columbia, and McGill University. What makes Canada one of the best places to immigrate for students is that in most of its provinces the low-income students’ tuition cost is fully or is at least partially covered.

The need for tech professionals in Canada has grown manifold in this decade as the tech industry in the country is growing at a rapid pace. With big support as well as investments coming directly from the Federal government engineers, entrepreneurs, and tech experts have a great future and opportunities going for them.

5. Universal Healthcare- Oh Canada I am happy I Immigrated here

Under the universal healthcare program adopted by Canada in 1960, all the residents in every territory or province of the country can access medical services without having to pay directly from their pockets. The people in the country can access doctors or visit hospitals without making any payment. Importantly, the services offered are rated much higher than available in most of the countries which makes Canada one of the best places to immigrate.

The country believes in protecting both the physical and mental health of its citizens. It is the only North American country to make vacation leave mandatory. Workers of all levels get to enjoy 2 weeks guaranteed paid vacation which is exclusive of the 6 to 10 statutory holidays that each province offers on its own. Other benefits include monetary protection through Employment Insurance (EI), the Canadian Pension Plan (CPP), federal childcare benefit, and old age security.

Working in Canada certainly is a big privilege for workers as the country offers the highest minimum wage anywhere in the world ranging from $11 to $14 according to the rules of each province. The workers can take parental leave for up to 18 months with both the parents sharing the leave or the way they want to accommodate.

8. Canada is One Of The Most Peaceful Nations

The country ranks among the top 10 in the list of safest nations as mentioned by various indexes and polls. The Global Peace Index 2018 placed Canada at the 6th spot in the most peaceful nation ranking.  The ranking was derived after considering various parameters such as political stability, militarization, homicide rates, ongoing conflicts, diplomatic relations, terrorism impact, incarceration rates, and more. Canada has a very low crime rate and in the last few years, it has shown a  significant decline.

10. Canada- The Country of Lakes is also one of the most Beautiful Country

The country offers some of the most exquisite and beautiful views that range from hundreds of national parks, historical sites, to reserves, lakes, and hiking trails. Beautiful coastal scenery and some famous natural wonders like Gregorian Bay in Ontario are just a few places that attract tourists every year to Canada. Most importantly, major cities in the country like Toronto and Calgary are known as one of the cleanest cities in the world.