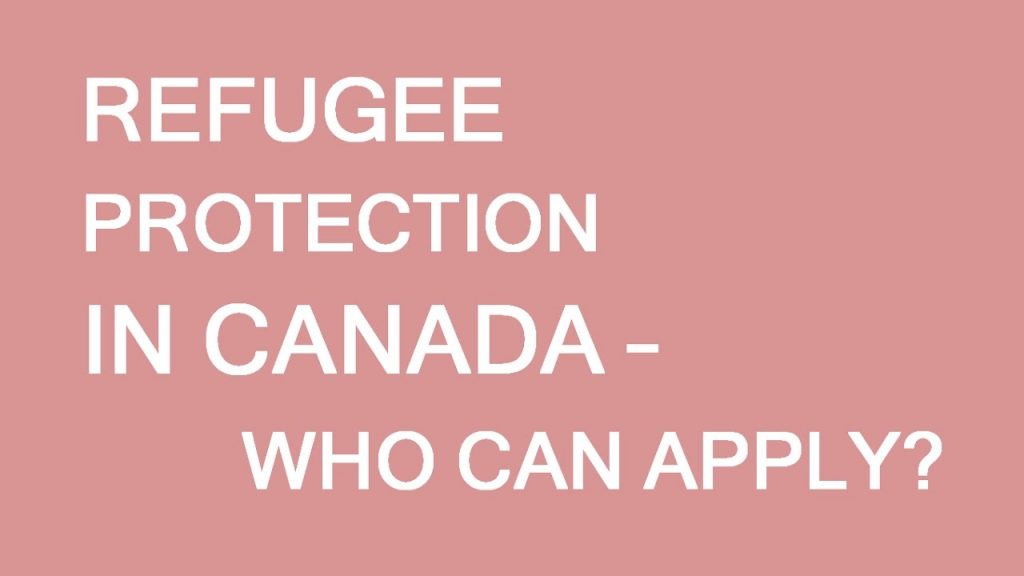 Eligibility For Refugee Status In Canada

Canada has been a blessing to many people who are at risk of serious harm in their own country and are expecting protection. Such people mostly apply for refugee status in Canada. Of course, the country has several stringent immigration rules which the applicant has to follow but once a person is recognized and allowed as a refugee by Canada he is assured of full protection and has the option to apply for permanent resident status shortly. Thus once you enter the land of Canada, it becomes much easier to get Canadian citizenship.

The country has a special department-The Refugee Protection Division under the Immigration and Refugee Board (IRB) to grant refugee status to the applicants. This independent tribunal decides whether to offer refugee status or not. In the case, the applicant has some security or criminal issues, the Immigration, Refugees, and Citizenship Canada (IRCC) makes the decision.

Broadly speaking the Refugee applicants are divided into two types:

Of course, there are a few applicants who do not fall under these two general categories. Such people are granted refugee status in Canada under the Country of Asylum Class.

1. Persons In Need Of Protection, Can apply for refugee Status in Canada

A person who is residing in Canada and who if are made to go to their native place or home country may be exposed to life-risking situations, torture or cruel/ unusual treatment can be offered refugee status in Canada. These are the people who have not been assured protection from their local government and can be a target of punishment or risk in all the parts in the country which is usually not the case with other citizens. Also, these are the people who do not face legal penalties or have concerning risks related to medical care or inadequate health.

The Canadian government may offer refugee status so such people under “Persons In Need of Protection.”

These are the people who are forced to live outside their nation because they are afraid of getting prosecuted and hence cannot return to their own country. Canada grants refugee status to such people who provide enough evidence to justify their fear of persecution.  Also, this fear for prosecution must be based on either of the following factors. These are:

According to the Canadian administration, the term Persecution includes torture, death threats, imprisonment by guerrillas, non-government agents, or government authorities. It is important for the applicant requesting for refugee status in Canada that he does not have any internal flight alternative which means no part in his nation can keep him safe or there is no place in his country where he can be free and live safely.

So if an applicant feels that he qualifies for a Convention Refugee or Persons in Need of Protection he can make the claim once in Canada. For claiming Canada, the application should be made under the Convention Refugee Abroad Class.

3. The Country of Asylum Class- Canada accepts them as refugee

This particular provision is for those people who are facing refugee-like situations and are outside Canada but do not qualify under the Convention Refugees class. An official from the Immigration department decides whether the applicant can be considered under the Country of Asylum Class or not. For making the decision the officer checks whether the person continues to be personally and seriously affected by armed conflict, civil war, or human rights violation massively.

People who cannot find a solution for the above problems for a long time can apply for the refugee status in Canada under the above category.