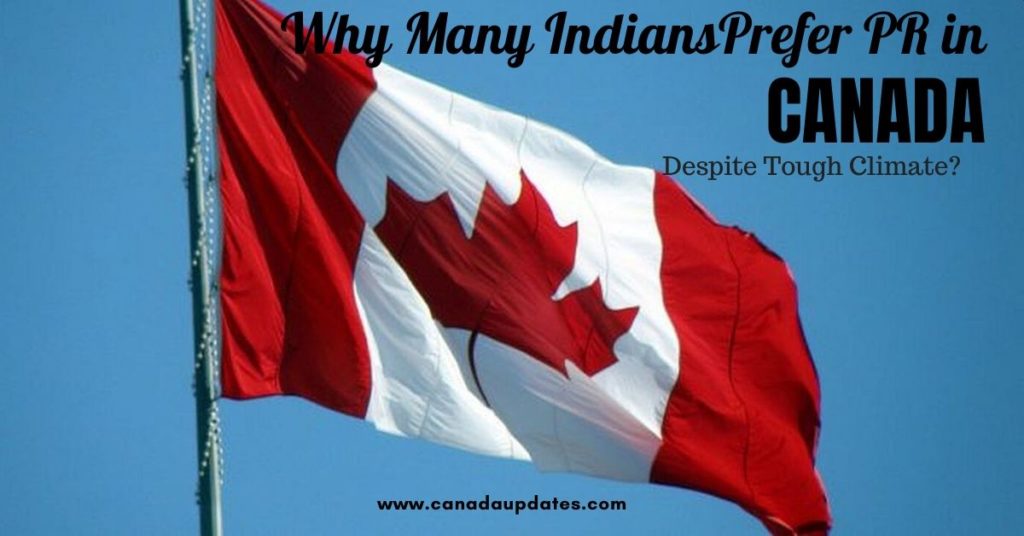 While comparing both countries, they have their own rules and regulations concerning education and career. Both are good in their terms, however, Canada offers better lifestyle and public services.

Canada has a vibrant Indo-Canadian population that is actively engaged in many aspects of society and is home to 1.4 million Indian origin Canadians.

Canada is cold, especially in comparison with India. Snow from December to March or April may be expected in most cities. Though winter temperatures often fall below 0 ° Celsius, most houses and buildings in Canada are designed to cope with the Canadian climate and the four different seasons.

During winters, powerful heaters warm up your home whereas air conditioners help to combat the hot weather. Unlike the various regions of India, different cities in Canada have varying weather conditions. In the coastal area of British Columbia, for instance, mild winters have occurred across Canada.

Given their comparable systems of government, the mutual dedication to diversity and equality and their conviction that education is key to progress, it is no wonder that there is a close relationship between Canada and India.

Nevertheless, life in Canada can still be a cultural shock for immigrants compared with presence in India.

Discussions in 30 Seconds hide
1 The Benefits of Building Connections
2 Expenditure and Status of Life
3 Educational Expenses
4 Limitless Opportunities
5 Last But Not the Least
5.1 About Post Author
5.1.1 Shobha Vats

The Benefits of Building Connections

Although it can be exciting to move into a new country, it can be daunting too.

Expenditure and Status of Life

India has considerably lower living costs than Canada. Anything costs less, from local goods to hire, land, childcare, and mobile phones. Negotiation, too, is a less common practice in Canada.

However, wealth is not all about, and Canada is positioned 2nd among the countries with the highest quality of life, given its higher costs.

Excellent education and universal health care programs in the country are both contributing factors.

Children aged six to fourteen years are eligible and obligated to obtain public education in India. Besides, compulsory schooling in Canada starts at the age of five and continues until the age of 16 or 18 in compliance with provincial laws. Throughout Canada, public education is free, as the parents cover the cost of school kits and extracurricular activities.

Whereas in India, the average cost of comparable private school education at the high school level is 1,500 US dollars a year. The higher education costs in Canada varies according to the school and program, although the tuition rate is around $2,500 and $8,000 a year.

The Organization for Economic Co-operation and Development (OECD) countries in Canada have the highest number of post-secondary students.

Many Indians migrate to Canada due to the unbeatable opportunities the country provides. One can make a successful career path as the country has meagre unemployment rates. Even the average salary for immigrants has been increasing every year, which is a very positive sign for them.

Last But Not the Least

Knowing the Canada limitless potential to grow and the peaceful living, Living through the Winter, however Harsh is worth it