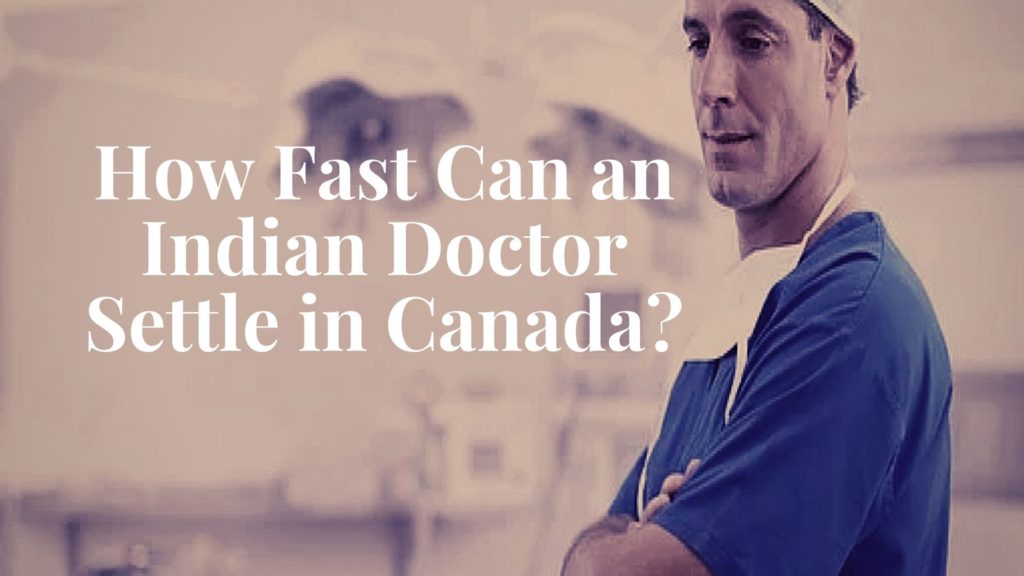 The profession of a doctor has always been a demanding role all over the world. An increasing requirement for doctors in a sought after country like Canada is hence no surprise.

Studies suggest that the overall requirement of physicians and surgeons in Canadian provinces is estimated to grow by 13% from 2016 to 2026.

Why are Doctors High in Demand in Canada?

Resultantly, the increasing number of immigrants creates a demand for a stronger healthcare system. Therefore, it increases the need for professional doctors in Canada.

What Do Indian Doctors Need to Apply for Canadian Immigration?

There are lots of opportunities for Indian doctors in Canada as the country provides an un-biased system and services to its citizens and permanent residents.

Moreover, the Canadian government gives privileges to Indian doctors to migrate and live in the country as a permanent resident and serve the citizens of the nation.

What Additional Studies Indian Doctor May Have to Take?

For immigrating to Canada, it is essential for you as a doctor to meet the eligibility criteria set up by the Canadian Government. Let’s explore it a bit.

Best Pathway to Settle as a Doctor in Canada

There are three frequent programs by which an Indian doctor can enter into Canada.

Among these, the most effective program amongst all is the Federal Skilled Worker (FSW) Program.

However, the question arises that out of the three, why FSW program is preferable? Well, here are a few reasons for this preference.

The process of FSW visa program is quick and easy as it follows a point-based system where an applicant requires only 67 points to qualify.

Your visa application as a permanent resident will be selected through draws.

Well, the main benefit of the FSW program is that you can incorporate your family into the same visa.

Moving to Canada is a lucrative option for Indian doctors as demand for doctors as surgeons or physicians is increasing at a consistent pace.

Canada offers a basket of opportunities for Indian doctors to explore the various parts of its provinces and territorial region.