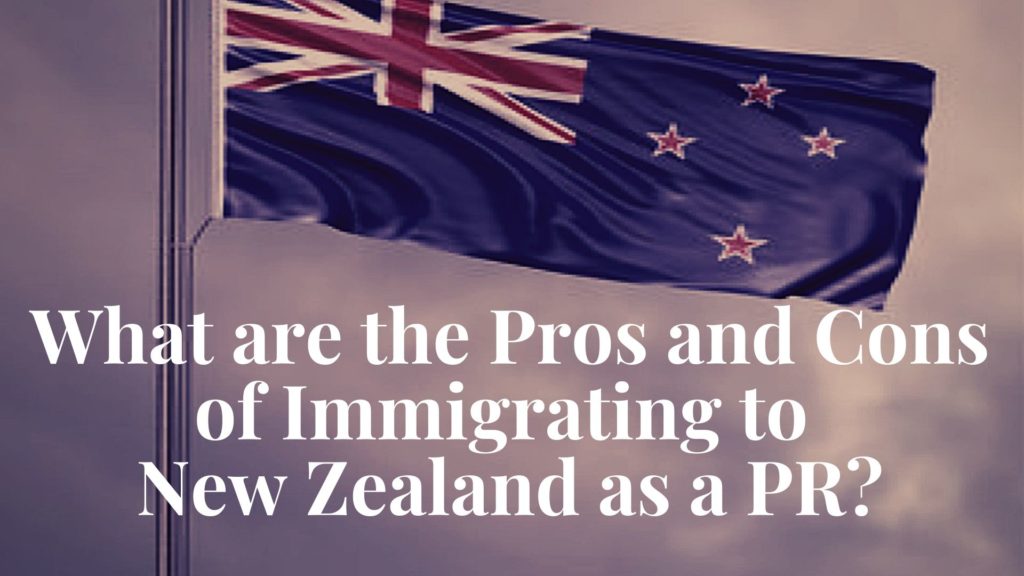 Immigrating to New Zealand as a PR

Moving to a new country with a PR status is always challenging for immigrants. New Zealand is a popular country for immigrants to settle and obtain permanent residency (PR).

However, immigrating to New Zealand as a PR has its own sets of pros and cons. Therefore, it would be best if you consider whether all the factors are in your favour or not before you decide to move there.

Let’s have a look at the different positive and negative aspects of immigrating to New Zealand as a PR.

Though New Zealand is geographically more extensive than Britain, it is an uncrowded country with just 4.78 million people. Also, as a small nation, the life of the people in New Zealand is entirely peaceful, and they encourage work-life balance.

Moreover, the cost of living in New Zealand is low as compared to other nations. However, you may have to shell out a little extra for imported items such as luxury goods, food and services.

Well, New Zealand has a history of low-quality housing, and many older homes have faults such as inadequate insulation facilities.

Also, the country has a limited facility for public transport. The train network is limited between a few cities, which is slow and expensive.

New Zealand is enriched with an astonishing amount of natural views and scenery. It has a fantastic range of mountains, glaciers, landscapes, rainforests, beaches and many more.

The climate of the country is mostly temperate, which is not so cold and not so hot. It gets blessed with more sunshine than rain for the whole year.

It is considerable for immigrants that New Zealand lies under the hole in the Ozone layer, which means it experiences a higher amount of UV rays that increase the chances of sunburn and skin cancer.

Additionally, immigrants may have to deal with itchy mosquitos and sandfly bites as they are huge in numbers.

The Global Peace Index (GPI), 2019 statistics generated by the Institute of Economics & Peace ranked New Zealand as the second peaceful country in the world next to Iceland. The meagre crime rate makes it one of the safest places in the world.

If you are a citizen of countries like the UK, USA and Canada, then it would be tough for you to move to New Zealand as you will be far away from your family and friends. Resultantly, sometimes you may feel homesick and lonely.

New Zealand government provides superior health services to its residents irrespective of their residency status. Regardless of whether you are a temporary visitor or permanent resident, you may get the benefits of the health schemes in New Zealand.

Not only health but the education system of the country also is top-notch. The government provides free education to its residents.

The universal healthcare system in New Zealand doesn’t include dental care. So you have to spend money on your dental treatment.

You wouldn’t find everything in your favour when moving to another nation such as New Zealand. Every country has its pros as well as cons of living, and New Zealand has too.

However, the positive aspects overshadow the negative ones. Therefore, the choice of immigrating to New Zealand rests with you.