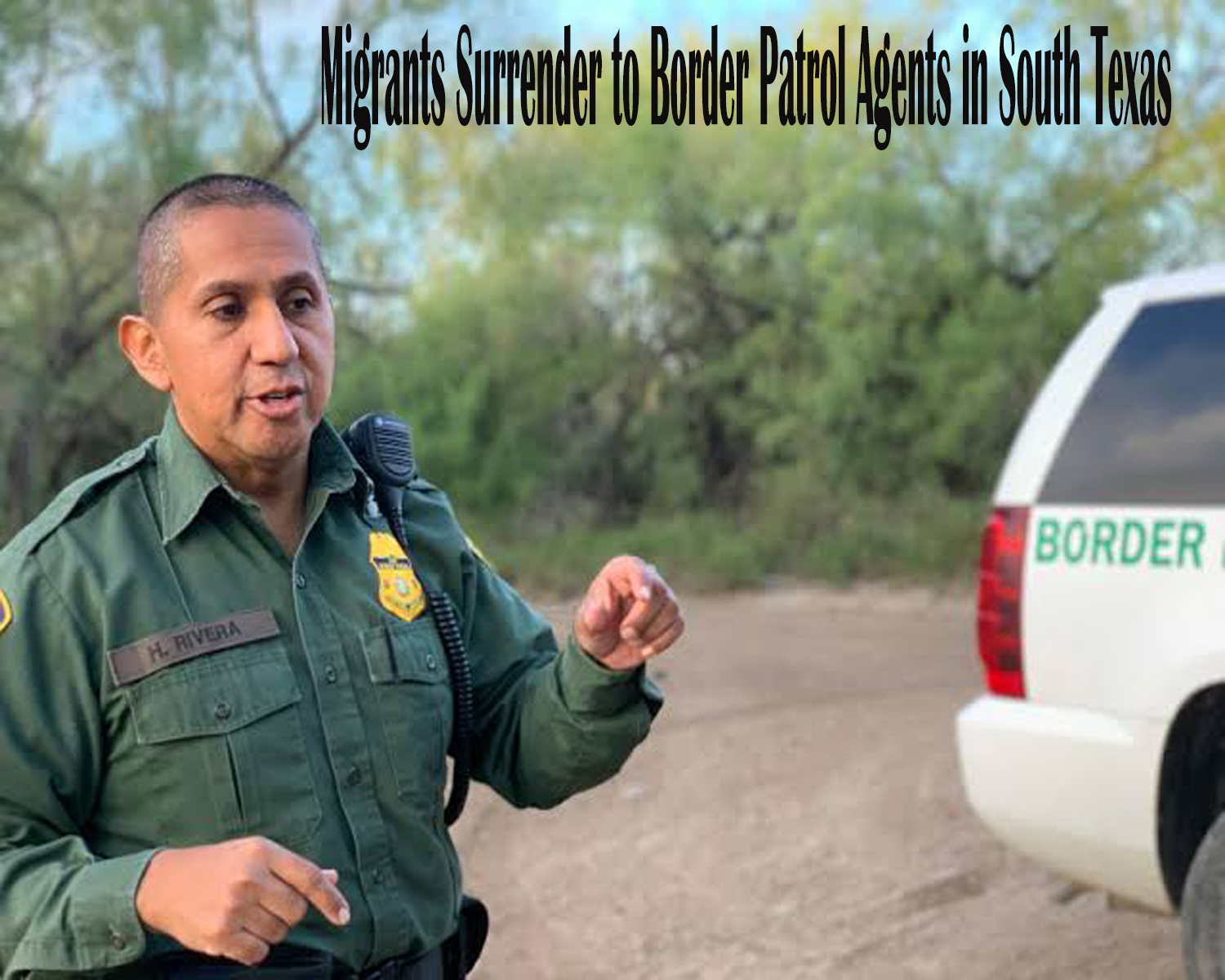 It was Wednesday when Hermann Rivera, U.S. Border Patrol Agent, during his patrol near the Rio Grande, saw a group of around 20 migrants proceeding towards his car from the bushes.

The clock had struck 9 in the morning and Rivera being the lone agent immediately jumped out of his vehicle to talk to the group. The group consisted of women, children and also 7 boys were holding hands in front of Revera.

They had gathered to surrender themselves on South Texas road, Rivera stated the minors which comprised of 2 twin brothers and asked them all the questions for interrogation.

Apart from his boys, all others were in their families and Border Patrol agents call families as Family units, these are those families who come along with their children to seek shelter in United States asylum.

After interrogating, it was found out that they were lost in the area past 3 days, and without drinks and food, they were just wandering here and there. They expressed relief when they met Hermann Rivera.

Apprehension scenes like this had been common in the Rio Grande Valley, which has been the epicenter for migrants crossing into the United States on the Southwest border since the surge began in the summer of 2014.

Since, 2014, these scenes of migrant apprehensions have been common in the Rio Grande Valley Sector. This is a vast sector that starts at Brownsville includes Texas and also comprises 277 river miles alongside of Rio Grande.

Revera also reported that this is leading in the maximum number of seizers of cocaine and marijuana, these group of migrants has waned in themselves. Also, this is the result of step-up in the enforcement efforts being made by the Mexican officers on the northern border.

Discussions in 30 Seconds hide
1 Result of the Remain in Mexico or Migrant Protection Protocols Program
1.1 About Post Author
1.1.1 Diksha Garg

Result of the Remain in Mexico or Migrant Protection Protocols Program

Since the program, Remain in Mexico or Migrant Protection Protocols program started from mid-July, there has been a tremendous drop in the apprehension along the Southwest border and South Texas. According to this program, the migrants seeking asylum support are no longer allowed to stay in the USA but need to remain in Mexico for their asylum proceedings.

Overall, if we look at the figures, migrant apprehensions along the Southwest border have dropped for the fifth consecutive month. In the month of October, a total of 9,806 arrests were made which sated a total decrease of 31% since October 2018 and a 73% drop from the last years high recorded in the month of May.