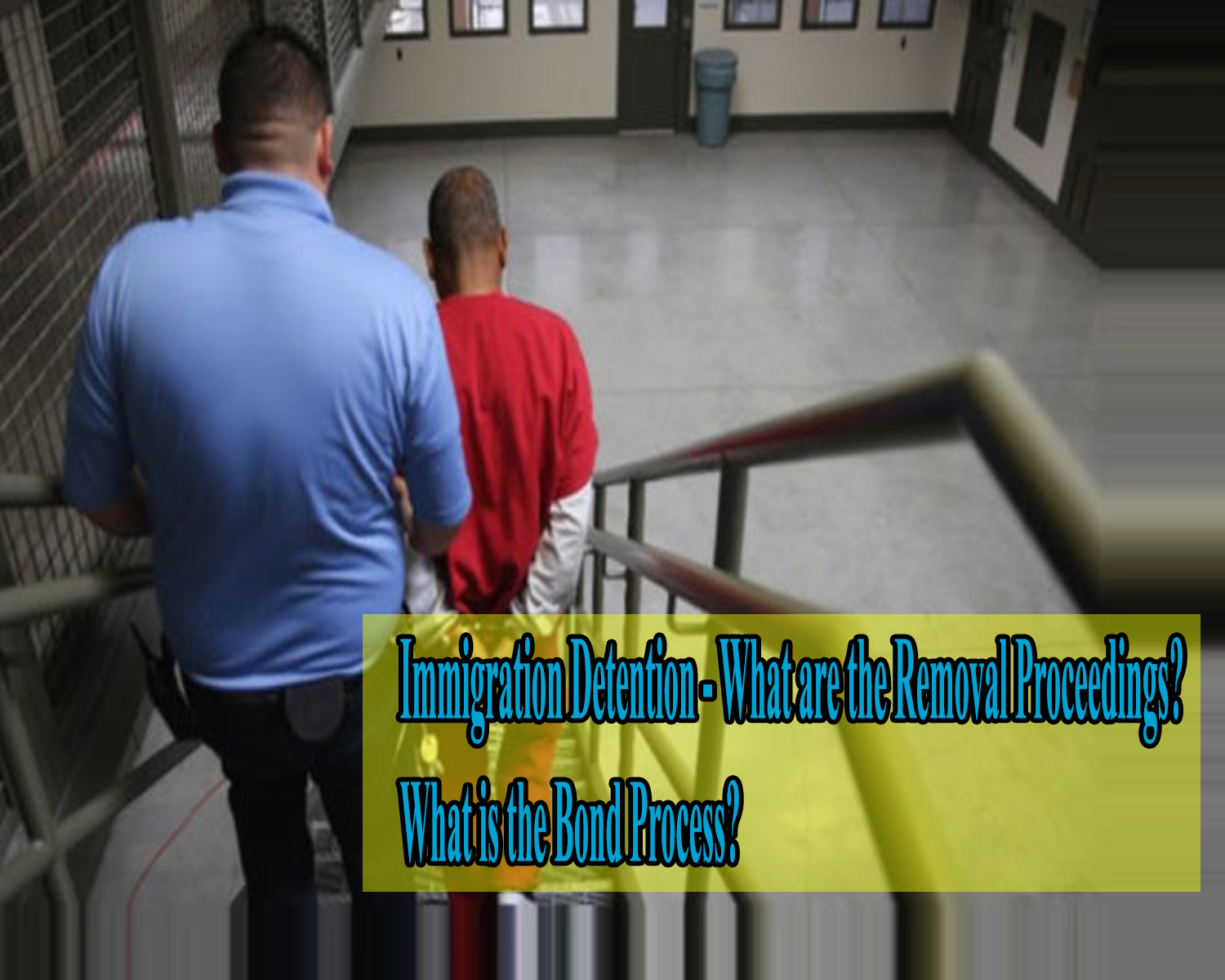 Immigration Detention - What are the Removal Proceedings? What is the Bond Process?

Immigration laws have their own rules that govern situations as to when an individual can be taken into immigration custody. The rule that is applicable to the person might depend on certain elements in their case, inclusive of whether the person is subject to removal depending on specific acts or crimes, whether the individual has received the final removal order, and if the government can remove the person to another country. The rules vary based on the interpretation of the immigration laws by the federal courts in the state wherein the person resides.

If you are in immigration custody, how can you be released?

As per the general rule, in case you are held in immigration custody, you can be released, in case the immigration authorities ascertain that (1) you will appear as and when requested for the hearings and (2) you aren’t a threat to your community.  in these scenarios, you can get a release based on your own surety, or bond, or supervision program In such cases, you may be eligible for release on your own recognizance, on a reasonable bond, or on a supervision program that consists of monitoring via telephone, or anklet bracelets, etc.

However, under some scenarios, you may not be released, for instance, you might be under custody mandatorily, in case you have an order of removal against you or have been convicted of a specific offense or been arrested. In case you are in such a category, then even if you are not dangerous or not a “flight risk”, you will be in custody mandatorily.

In case you are in such immigration custody, you must consult an immigration attorney to understand if you can be released on bond. They can also help you with the arguments pertaining to your case.

What is Removal of Immigrant from USA?

Removal is a method through which an alien is ordered by the US Government to be removed from the country. In case the alien is removed, they are barred from entering the country again.

What is Detention Process of ICE in USA?

In the removal process, the first step is detaining the alien, wherein they are held in custody with the Immigration and Customs Enforcement (ICE). There are a lot of ICE facilities and the alien is detained at a facility that is nearest to where they have been held as captive. At times, these are separate facilities that are being run by private firms, of which CCA and GEO are most common.

In such removal proceedings or anything related to the immigration bond, it is better to get in touch with an attorney regarding the case.