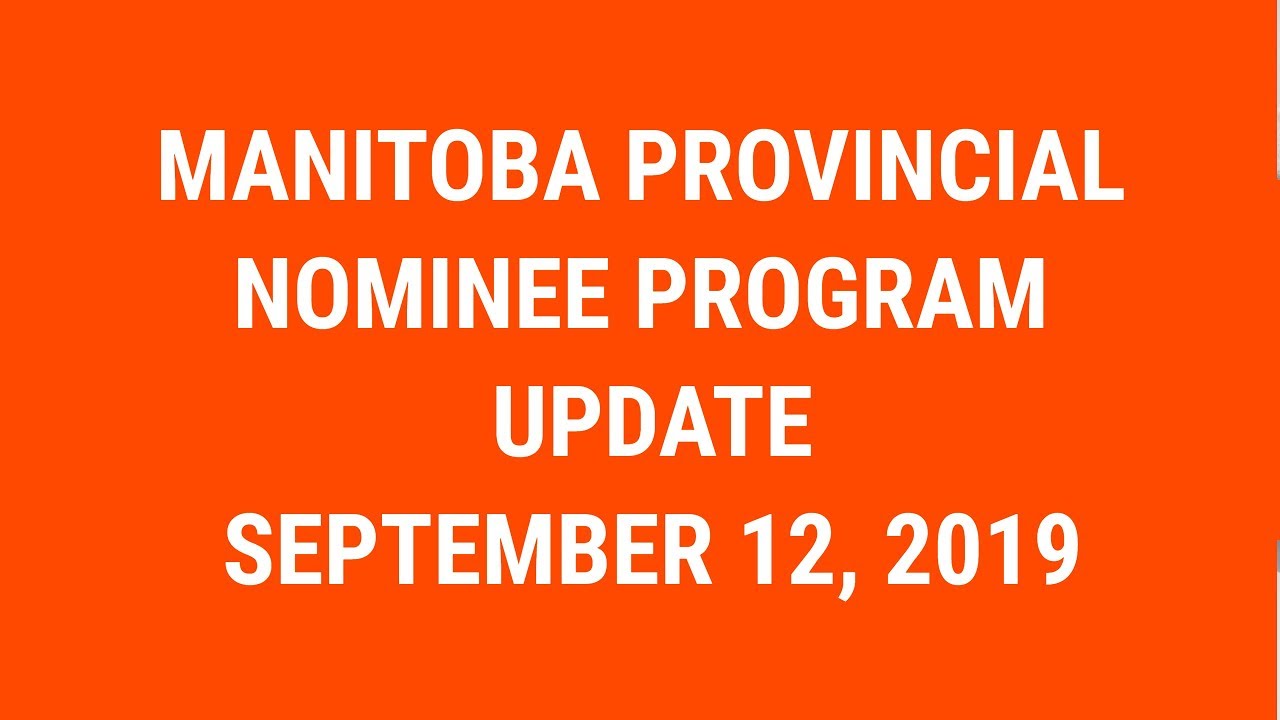 The details of the draw which was conducted on August 15, 2019, were published recently. It shows that a total of 360 Letters of Advice to Apply were issued by the Manitoba Provincial Nominee Program for provincial nomination related to permanent residentship in Canada. The Letters of Advice to Apply issued through Skilled Worker Overseas Pathways, Skilled Worker in Manitoba, and International Education Stream.

Out of the 360 Letters of Advice to Apply issued, near about 32 of them reached two candidates having a profile in the federal Express entry system.

The Manitoba Provincial Nominee Program enables Manitoba to nominate for the Canadian permanent residentship. Foreign nationals having the required eligibility in accordance with the requirements of the local employees are allowed.

It has been witnessed last year that the Manitoba Provincial Nominee Program issued 5,207 nominations, and out of that near about 98% was under the skilled worker categories.

The International Education Stream is meant for the Manitoba graduates who can easily fit the needs of the labor market of the province.

In this stream, there are a total of three subcategories

36 Letters Of Advice To Apply had been issued by the Manitoba Provincial Nomination Program to the international education stream individuals in the draw conducted on August 15, 2019.

So far in 2019, a total of 5,810 invitations have been issued by Manitoba in the 16 Expression of Interest draws conducted.

In the latest draw, 83 candidates in total were invited for the Skilled Worker Overseas category.

The Letters of Advice to Apply were invited to the Skilled Worker Overseas candidates in this draw. They were invited under the Strategic Recruitment Initiative that includes overseas recruitment missions, which are organized by the Manitoba employers and Manitoba Provincial Nominee Program.

Just like the skilled worker in the category, candidates under the Skilled Worker Overseas also need to complete the Expression Of Interest as well as meet the minimum requirements set for this stream.

The lowest Expression Of Interest score in the Skilled Worker Overseas category is 685.

Candidates who belong to the federal Express Entry system where invited. They need to have valid Express entry ID along with job seeker validation code and verifiable experience in one of the occupations listed in the occupation list of Manitoba.

241 Letters of Advice to Apply were issued to candidates in the Skilled Worker category that offers a gateway to the permanent residentship for eligible and qualified international students working in Manitoba, offered permanent positions with eligible employers and temporary foreign workers.

Candidates, under the skilled workers in Manitoba, need to register an online Expression of Interest profile as well as provide information related to their work experience, education, and proficiency in French or English along with other important details.

Scores given to the profiles of candidates were eligible out of thousand. Further, they are placed in the pool of Manitoba Expression of Interest.

542 is the lowest score of a candidate invited to the Skilled Worker in the Manitoba Stream.