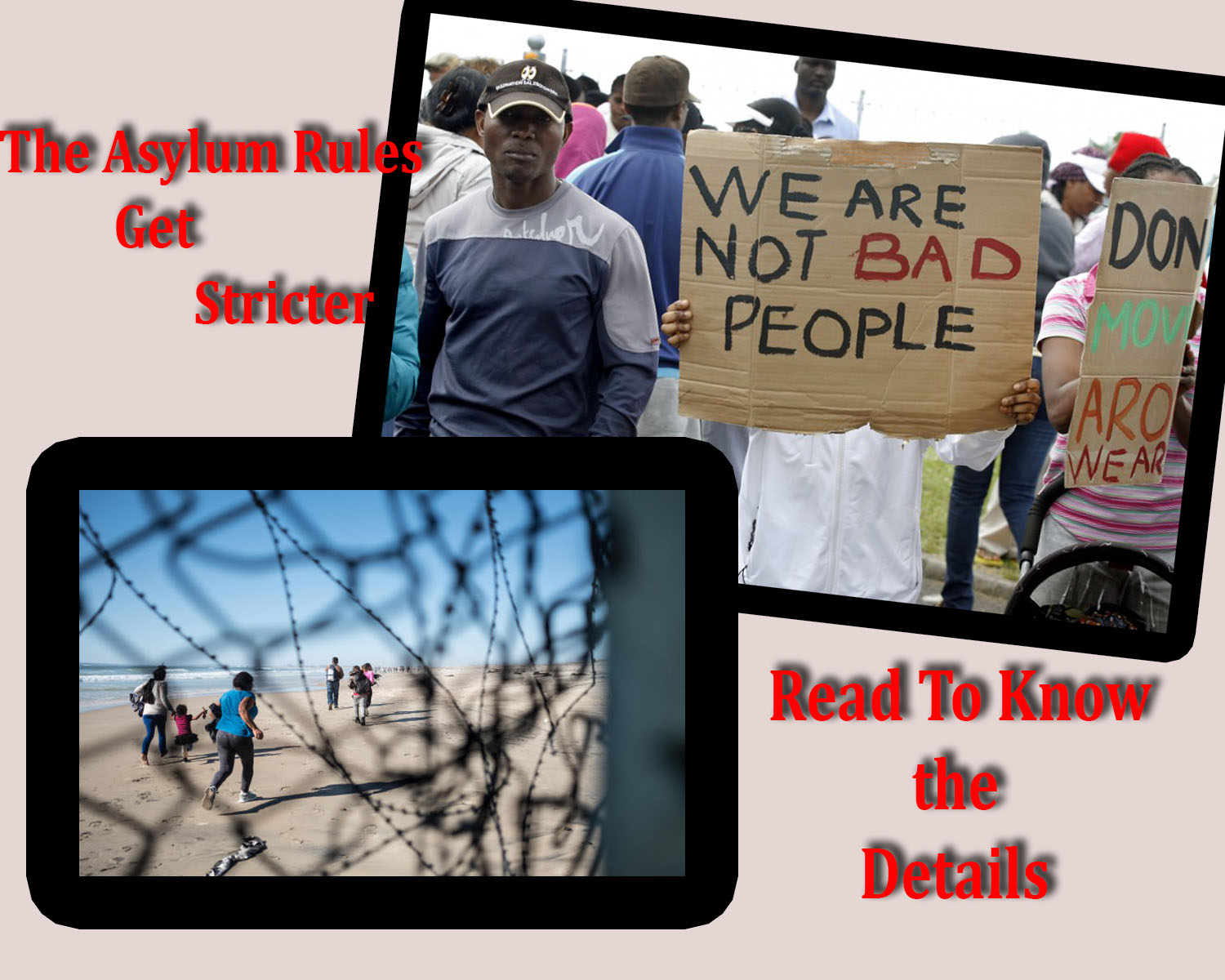 Asylum Rules Get Stricter: Immigrants Need to Apply In the First Safe Country They Enter

A new immigration rule was announced by the Department of Justice on Monday which will restrict the illegal immigrants from other countries for applying for the asylum in the U.S. First if they have tried to enter the United States via the southern border post-failure to apply for protection in a third country. For instance, the rule might not allegedly apply to the Mexicans, for whom America is the first safe country.

There are limited exceptions to this new and will be effective 30 days from Monday.

Discussions in 30 Seconds hide
1 This rule will not be applicable to the potential immigrants who already have applied for the asylum.
2 Claims for Asylum in USA lacking merit will be summarily disallowed
3 Current U.S. Law on Asylum
3.1 About Post Author
3.1.1 Diksha Garg

This rule will not be applicable to the potential immigrants who already have applied for the asylum.

Attorney General William Barr stated that the rule’s bar on the eligibility of the asylum for illegal immigrants who have failed to apply for protection in a minimum of one-third country which becomes their route of transit to the United States aims to promote the humanitarian purposes of the asylum.

He also said that this rule prioritizes individuals those who are not able to secure protection from persecution anywhere else and those individuals who are victims of severe trafficking as defined by 8 CFR 214.11, majority of whom do did not decide on the transition to the United States via a third country.

Claims for Asylum in USA lacking merit will be summarily disallowed

Barr also indicated that the department, by preventing the meritless claims for the asylum and by not giving priority to the applications of those people who could have got protection in a third country, ensures that the refugees who do not have any option other than the asylum relief of the US, or those subjected to extreme trafficking, obtain quick relief.  Also, the rule aims at curbing the humanitarian crisis that has been created by human smugglers who bring in men, women, and/or children through the southern border.

At present, under the U.S. law, prospective immigrants can submit an application for the asylum if they are either at a port of entry or in the United States. According to the United States Citizenship and Immigration Services (USCIS), asylum seekers have to apply for the asylum within a year of staying in the U.S. or else they won’t be eligible, except under certain special circumstances.

In May, an agreement was negotiated between Mexico and the United States, expanding the enforcement along the southern border of Mexico and these negotiations laid the foundation for the likelihood of a bilateral asylum plan getting developed which would imitate other countries of first-entry such as the asylum resettlement agreements of Canada. It would also mirror the European Union’s (EU) Dublin III Regulation. The EU’s agreement needs all the people seeking asylum to apply for protection in the country they first enter which has signed the specific agreement.