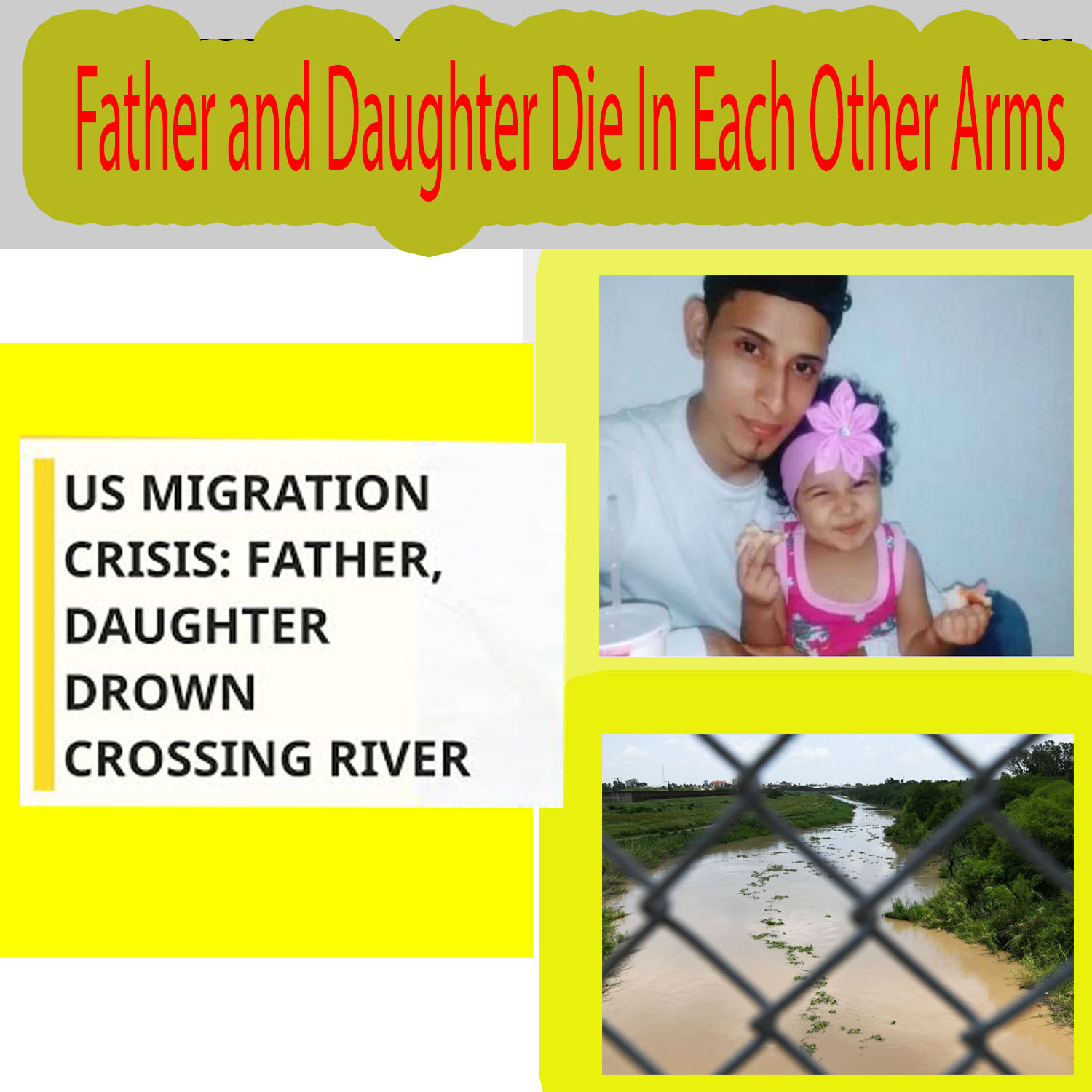 The photograph of a drowned father and daughter migrants focuses on the horrors of the humanitarian crisis on the U.S.-Mexico border

In the photograph are the bodies of a Salvadoran refugee Ocar Alberto Martinez Ramirez, 25, and Valeria, his 23-month-old daughter, who drowned when they tried crossing the Rio Grande river from the Mexican city of Matamoros to Brownsville, Texas.

This photograph has quickly symbolized the humanitarian crisis faced on the southern border of America and has caused the whole world to pour their sympathies.

The Vatican newspaper, L’Osservatore Romano states that the Pope is deeply saddened by the death; he is praying not only for them but for all the migrants who lost their lives while they tried to flee the war and the misery. The image has been termed as a portrait of desperation by the New York Times.

Discussions in 30 Seconds hide
1 In the meanwhile, Blame Game Continues
2 Father was advised against applying for Asylum in USA
3 USA not a safe haven to apply for Asylum any more
3.1 About Post Author
3.1.1 Diksha Garg

In the meanwhile, Blame Game Continues

Leading U.S. Democrats have quickly placed the blame for this tragedy right at the president’s door. Bete O’Rourke, a presidential candidate has tweeted that the person responsible for all these deaths is Trump.

However, Trump stated that this could have stopped instantly if the laws were changed by the Democrats. Trump’s cornerstone in his presidency is the cracking down on illegal immigration and claims for asylum. His most recent plan has been to send back thousands of asylum seekers to Mexico while considering their cases.

The Mexican government already has deployed around 20,000 troops to the borders to stop the tide of migrants. But the government has been warned by the human rights organizations of the risks of this move.

Father was advised against applying for Asylum in USA

While holding the photograph of her son and granddaughter, Rosa Ramirez, mother of Martinez told the Salvadoran newspaper La Prensa that she had pleaded with Oscar Martinez not to try for the asylum in the United States. Despite her pleas, in April, Oscar and his family left El Salvador, in the hope of finding work in the United States.

According to the local media reports, due to frustration, Ramirez felt that his request for the asylum would never get processed. His wife, Tania Vanessa Avalos, said the family was kept for two months.

On Sunday, Ramirez and his wife decided to enter the U.S. illegally by swimming through the Rio Grande and encountered death.

USA not a safe haven to apply for Asylum any more

On Wednesday, on the floor of the U.S. Senate, Chuck Schumer, Minority Leader, a New York Democrat, asked Trump to look at the photo of Ramirez and his daughter Valerie. He mentioned that they are not criminals or vagrants, but simple people trying to flee the horrible scenario in their country for a better life. The Senate vote to approve around $4.6 billion for the U.S.-Mexico border in emergency spending.

Trump himself appeared optimistic and stated that what the Senate is working on is humanitarian aid for children. He also mentioned that if the Senate and the House get together, they would be able to do something really good.