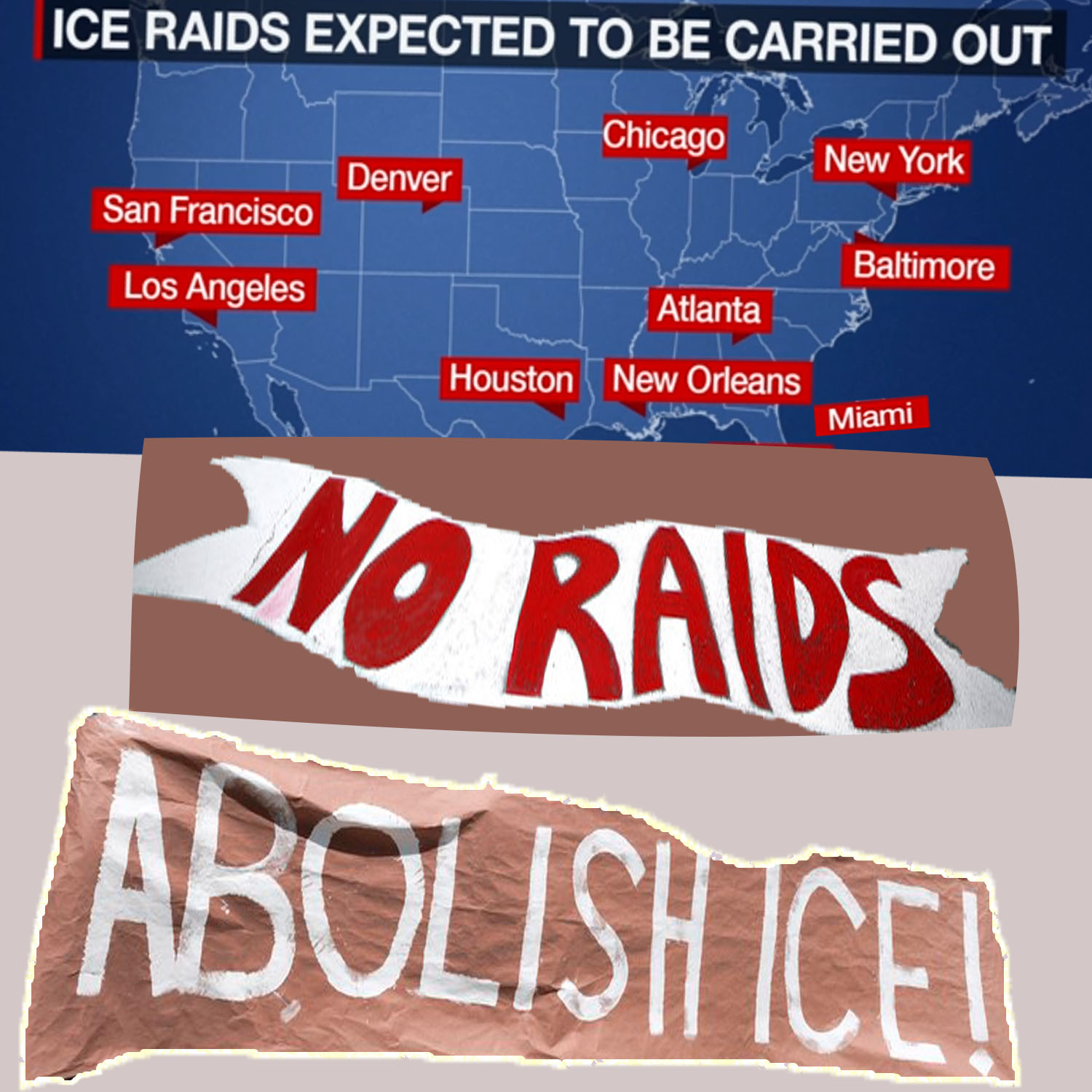 The usual weekend bustle that takes place in immigrant communities across the main cities of the US was quite low-key on Sunday: The churches were not full; the hustle and bustle of the markets and streets were missing.

As promised by President Trump, the “mass” arrests have not materialized yet, however, the impact of the much-anticipated US Immigration and Customs Enforcement (ICE) operation that would be targeting families with deportation orders and living illegally, was noticed in Atlanta, Houston, Central California, New York City, and Miami.

Many immigrants, irrespective of whether they possess a legal status or not — stayed indoors and avoided the possibility of encountering ICE officers.

Early Sunday morning, Adelina Nicholls, head of Georgia Latino Alliance for Human Rights, drove around Atlanta along with a few immigrant advocates, looking out for any ICE activity in the usually lively neighborhoods. She stated that they came across very few people on the streets. She also states that a lot of movement is happening on social media and that it is better safe than sorry.

Hotlines were set up by advocates in New York and Miami and attended phone calls that reported ICE officers canvassing the neighborhoods, however, no arrests have been confirmed this weekend. The ICE had been planning on targeting numerous illegal immigrants, though, in similar operations, officers usually pick up just 10% of their targets. The ICE actions usually take place over a period of several days.

Discussions in 30 Seconds hide
1 Trump has successfully instilled fear in the minds of Immigrants in USA
2 People shying away from moving around in Streets
2.1 About Post Author
2.1.1 Diksha Garg

President Trump has tried to indicate earlier that the raids will sweep up a lot of people, thereby adding fuel to the fears. There has been a lot of criticism towards the administration by immigrant advocates for the use of ICE raid threats as a medium to boost the re-election campaign of Trump.

ICE acting director, Matt Albence, stated that targeted enforcement actions are being done against certain individuals who have been to the immigration court and the immigration judge has ordered to remove them.

People shying away from moving around in Streets

Meanwhile, in Miami, many advocates who were canvassing the neighborhoods realized instantly that things were different than the regular Sundays. They reported that community members did not talk to them until they identified themselves.

In New York, Lizbeth, a 21-year-old who is protected from deportation through DACA, said that when she went to a deli, there was not a single Latino person on the streets. She also stated that the entire community is filled with fear and they no longer feel safe in a place that they called their home.

Even many US citizens who aren’t targeted by the ICE Raid avoided the public on Sunday.