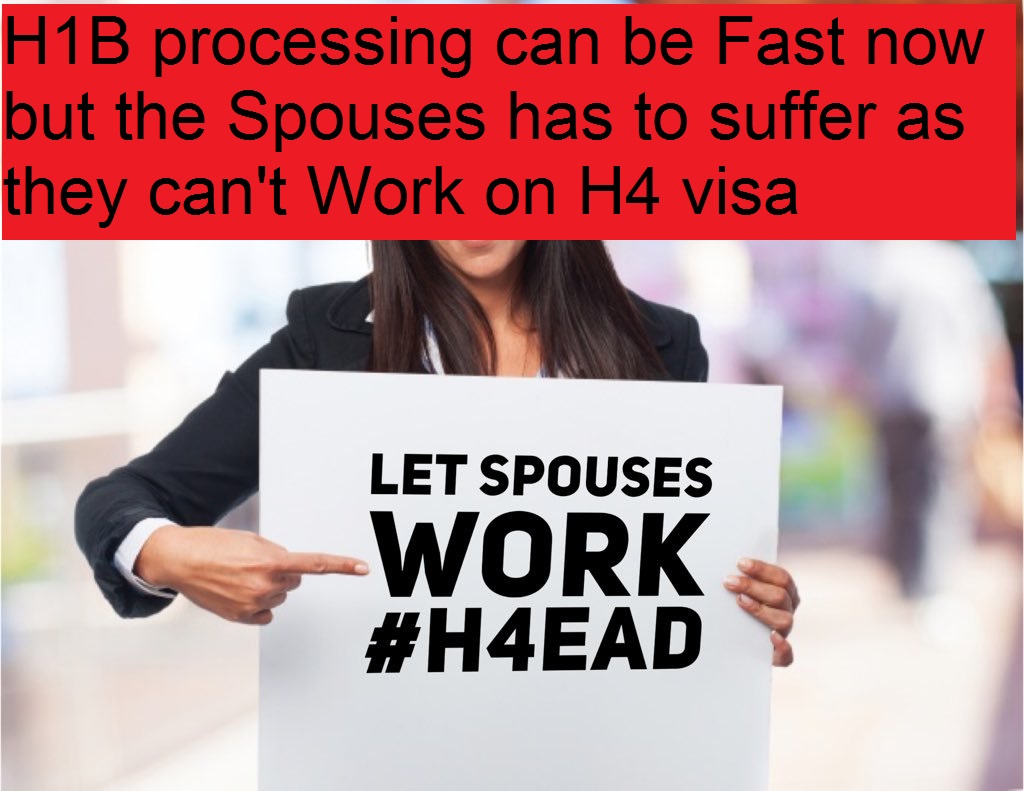 In a significant announcement for the immigrants aiming for the USA, US Citizenship and Immigration Services (USCIS) here announced the continuation of Fast processing of the pending applications of H1B Visas. The applications liable for consideration must be filed on or before 21st December 2018. It is good news for the H1B Visa: Premium Processing Resumes but No Good News regarding Work permit for Spouse.

Discussions in 30 Seconds hide
1 H1B Visa: Premium Processing Resumes but No Good News regarding Work permit for Spouse-
1.1 USCIS has Limited visas to 65,000 and additional 20,000 who Graduated from the US Universities-
1.2 But the Spouses of H1B holders have to face Grim Future-
1.3 Spouses who are Women mostly Equally educated are being affected by the Decision-
1.3.1 About Post Author
1.3.1.1 Diksha Garg

USCIS has Limited visas to 65,000 and additional 20,000 who Graduated from the US Universities-

The H1B Visa is a popular visa programme run by USCIS for the US Companies to hire International students and Foreign-born workers with specialist skills and a bachelor’s degree or higher. The Visa is of 6 months but can be renewed if the applicant is in the middle of application for US Citizenship. The Congress limits such visas to 65,000 applications per year along with the addition of 20,000 visas for the foreigners who have their graduate degree from a US University.

But the Spouses of H1B holders have to face Grim Future-

Despite the relief in H1B Visas, the spouses face a grim future. The leading newspaper reported that the USCIS had completed its proposed regulation that will end a programme which allows the spouses of H1B workers, approved for the green card, to work legally in the US. The proposal to end the system also known as employment authorization documents (EADs) has been forwarded to the White House Office of Management and Budget for review on February 20, 2018. The proposal is going through a rulemaking process, which means it is still open for public comment before being finalized.

The move is expected to affect at least 90,000 foreign nationals. While the H1B Visa holders are often billed as the ‘foreign talent,’ their spouses most of which are women, who are equally educated, are forgotten. Almost all of them,96% to be precise possess a bachelor’s degree with 29% earning the degree from a US University. The move will impact the planning and thought a process of the immigrants. Removing H4-EAD will mean more pressure on the single earner as the expensive cities like San-Francisco requires both the people to work together to survive healthily. Though the H1B Visa: Premium Processing Resumes but No Good News regarding Work permit for Spouse.