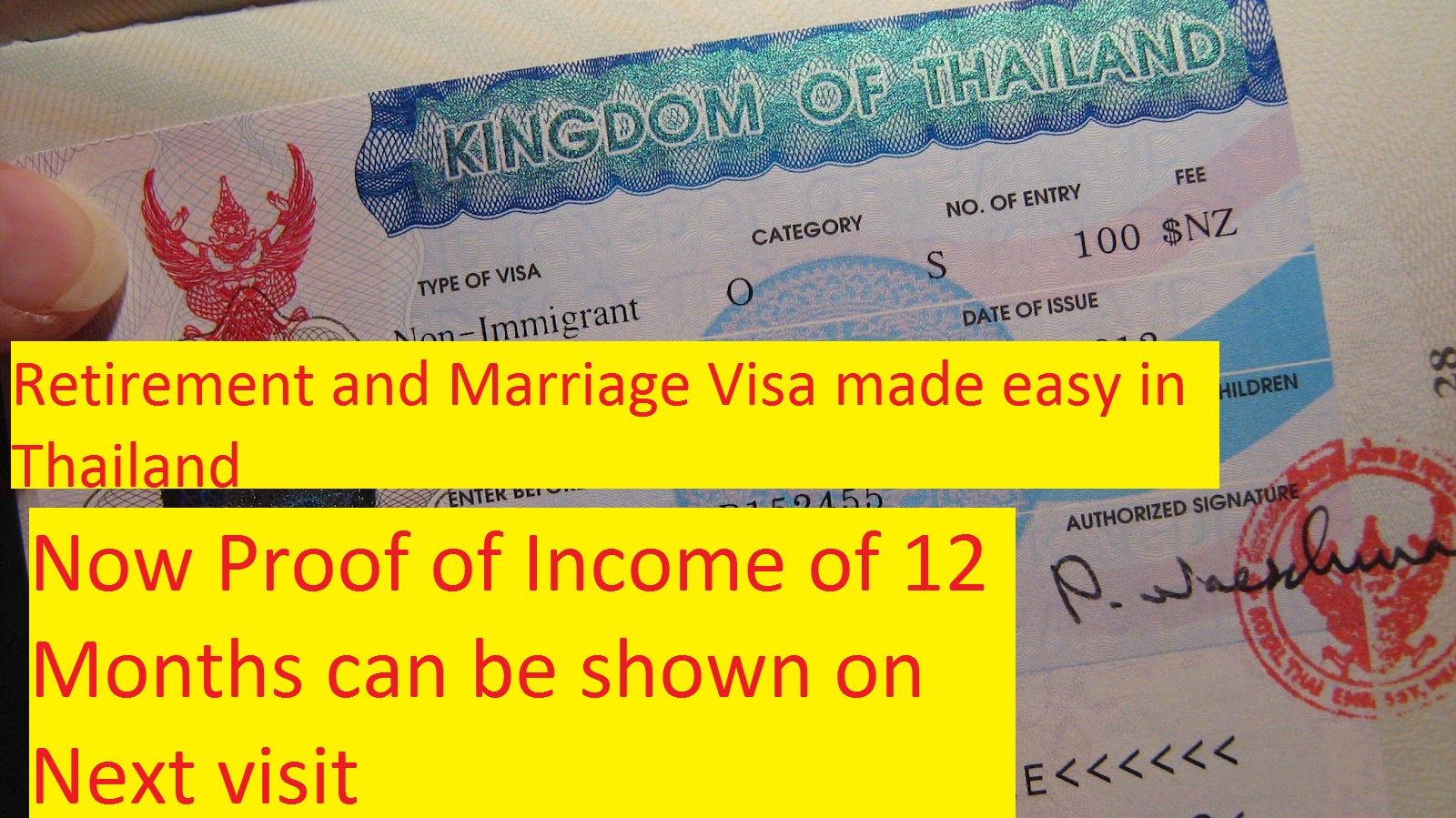 Retirement and Marriage Visa made easy in Thailand

Thailand Immigration department has issued a notice about being lenient on the subject of proving income and getting the monthly records of payment of the last 12 months for the foreigners applying for retirement and marriage visas and extension. This step would make Retirement and Marriage Visa made easy in Thailand.

It doesn’t imply that you wouldn’t have to prove your income or you would have to provide any less monthly transaction records. Instead, it stated that any person not having full 12 months of transaction records would not be disallowed the visa; they would be allowed the visa on the condition that they shall show the full set of documents to the officials on their next visit. Showing income proof on the next visit can be a one-off excuse only.

Immigration chief police lieutenant general Surachete Hakparn has acknowledged the problem that the foreigners might have to face in submitting the bank statements of 12 months which on the discretion of Immigration officials can be given visa but on renewal of the same, full 12 months bank statement would be required,thereby making it a one-off exemption for the foreigners. He added that it should bring some relief to the people already suffering at the immigration front. In this case, Surachete has instructed the immigration officers to be lenient till the end of 2019 so that the suitable arrangements shall be made for the concerned.

Reason for this has appeared as some embassies of Thailand in the UK, USA and Australia have stopped issuing the certificates and affidavits which were used as the income certificates for retirement or marriage visa extension. Which in turn was forcing the foreigners concerned to show a 12-month transfer of either 65000 baht or 40000 baht to a Thai bank account.

Despite the decision and the relief announcement, the foreigners are still in a state of doubt and confusion about whether they can have the retirement or marriage extension even without the complete set of 12 months statement. A better and brighter picture shall be presented by the visa agent or the local immigration they have in their vicinity.