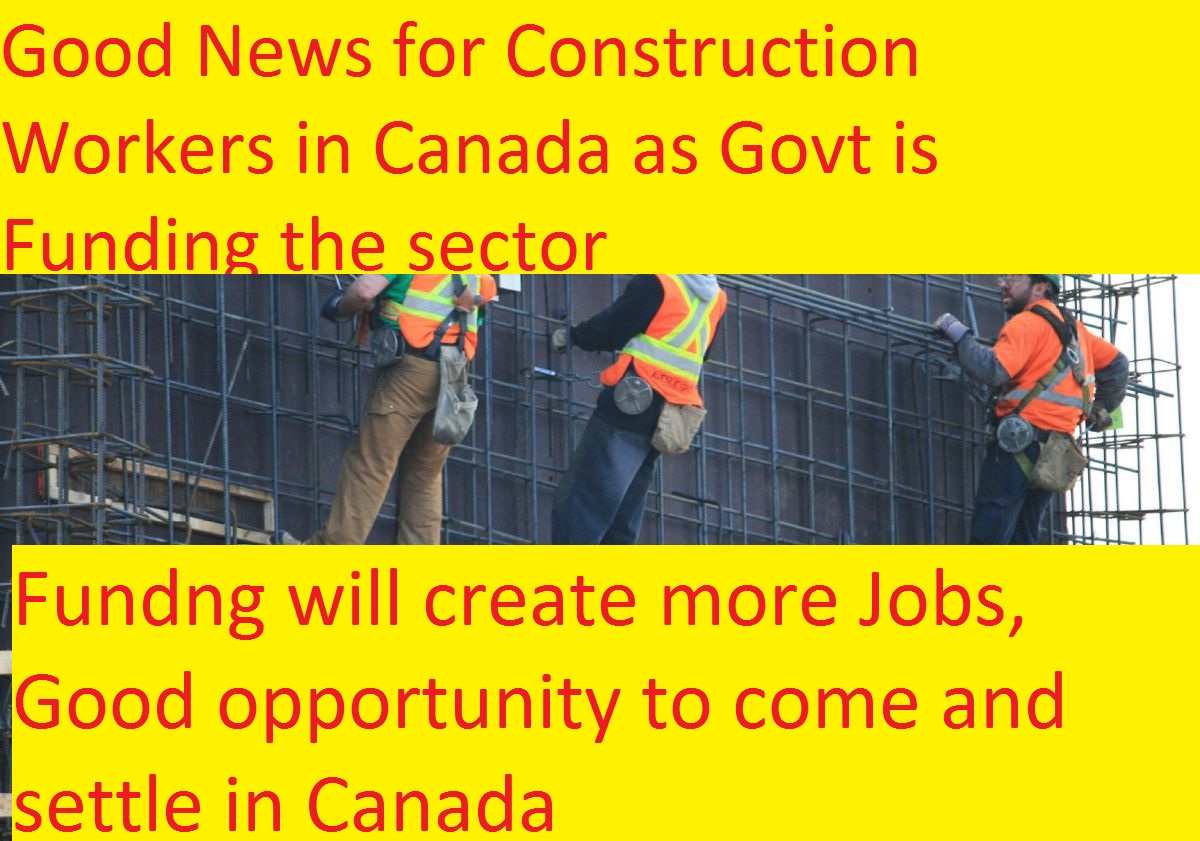 The collaboration of the Canadian government with BCCA to boost workers

Latest news shows a very dynamic and positive approach of the federal government of Canada who has joined hands with the BC Construction Association (BCCA) to include workers not only from the country but also immigrants who are willing to work in Canada. The collaboration of the Canadian government with BCCA to boost workers.

The collaboration of the Canadian government with BCCA to boost workers-Govt. Funds until 2023

The association will take a set of measures with the aim of providing practical and essential assistance to the beginners who might be outsiders as well. This help will be in the form of funds which has been estimated to be around $113 million as of now. What is more appealing is that the government has joined hands and has come forward to support the funding till the end of 2023.

The president of BCCA, Chris Atchison, has shown a very positive attitude which clearly states that the construction industry of Canada is in full swing and thus in dire need to add workers from all across the world to complete its numerous projects. So the workers with talents can now imagine of a career here with scope to move forward and settle here consequently. The ongoing projects, as informed by Atchison, is of more than $254 billion which indicates a lot of job vacancies as well as appropriate chance for a large number of people.

Government support adds to the expectations of immigrant workers-

The Canadian government’s support of this approach has also added to the hope of many workers who were otherwise in confusion. The government has already shown its support by giving aid of $3.4 million to BCCA to prepare interested workers to fit into appropriate jobs.

The beneficiaries of the Programs to Aid the Newcomers for Jobs-

The MP of Scarborough-Rouge Park, Gary Anandasangaree has confirmed the aid given by the government as well as the various programs which have been initiated to prepare candidates for jobs from countries like China, India, and the Philippines. The program, as informed by Anandasangaree will include-

BCCA is all set to Give Incentives to the Skilled Workers-

The BCCA has reportedly helped around 700 newcomers in a short span of three years starting from 2015 to 2018, and this sure gives a new incentive to thousands of skilled workers who want to settle here in the hope of finding good placements according to their work talent. The collaboration of the government with the industrial sector will give a boost up to the immigrants who have to face a lot of difficulty in finding the correct placements for themselves.