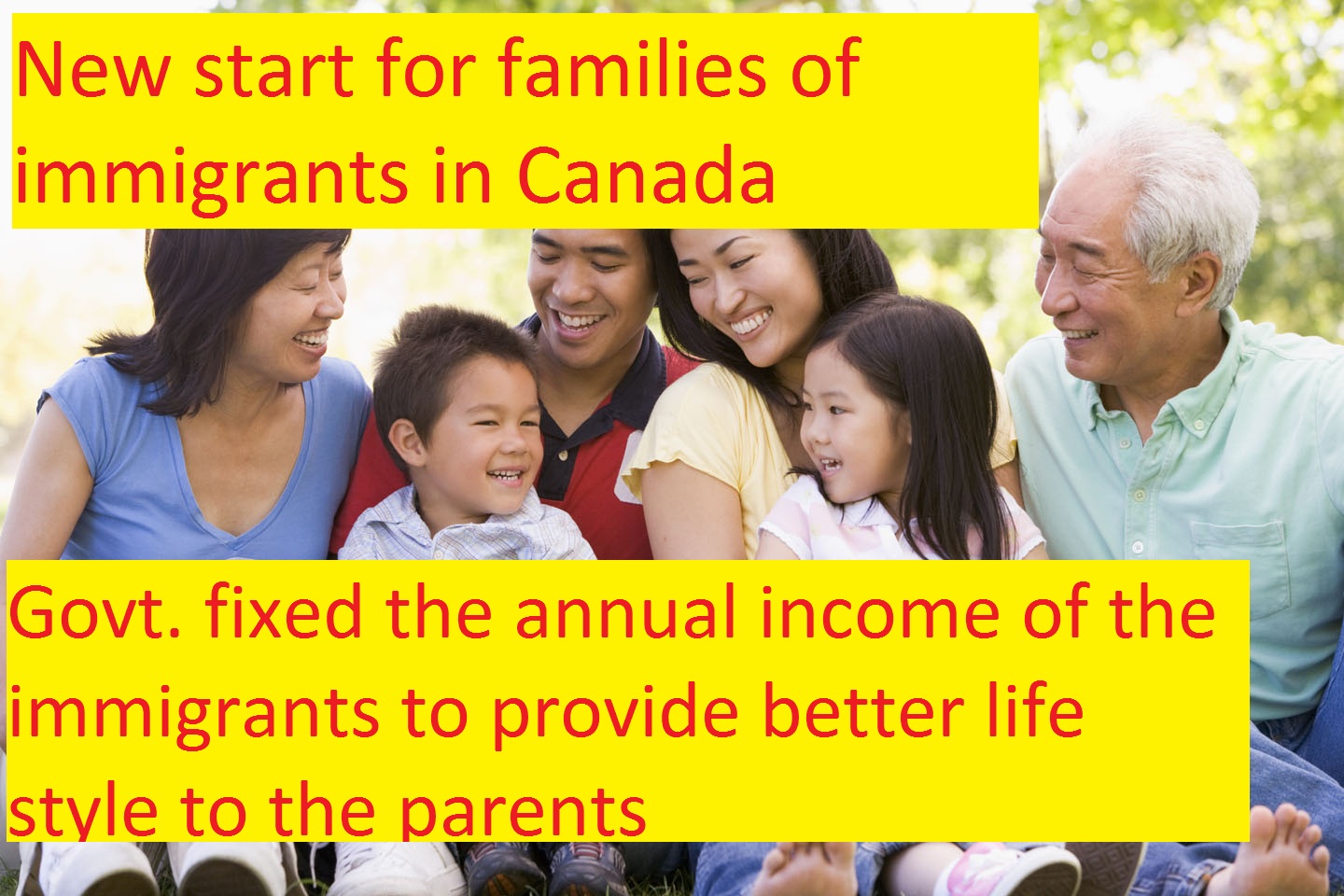 New start for families of immigrants in Canada

The New Year 2019 brings new opportunities for everyone and one such quite positive one is for the immigrants of Calgary. The good news is that the immigrants who live in Calgary can now have a better chance of bringing their parents as well as grandparents with the approval of the Canadian government. Canada is providing New start for families of immigrants in Canada.

Inviting families is most prevalent custom amongst the immigrants who belong to India, Pakistan, Bangladesh, Nepal. One must note that most of these countries are Asian in origin who are willing to come back to their land to meet their family members. These immigrants might work outside for a good pay scale or a better life, but one cannot ignore the fact that family is essential after all.

Possibility but with Obstructions- Rigid Canadian System is one of them-

Firstly the system of the Canadian government was very rigid. It took around five to six years for any immigrant to successfully call his parents or in other words to start staying together as a family in a foreign land. There are various hurdles which one has to cross to live with their parents which are as follows-

Despite the Obstructions number of immigrants have increased- Govt. is doing a lot for inviting immigrants to the country-

In spite of this, the number of people applying for sponsoring their parents or even grandparents has increased from 17,000 to around 20,000. Govt has done following changes to lure the immigrants-

Also one cannot overlook the fact that many immigrants call their parents or for that matter even the grandparents to look after their kids and their household choirs when they are away for work.

That is why the Canadian government requires the applicants who want to stay with their parents have to provide a proper and legitimate cause to why they want to call their parents. The applicant must have an income of $40,379 or more so that he can financially support his parents which seems like the right decision because only living together won’t help if the basic needs of the family members won’t be met.

What You don’t Know about Birth Tourism for Immigrating to US or Canada? 4 min read

What You don’t Know about Birth Tourism for Immigrating to US or Canada?

Is It Easier to Get a Job Once You Graduate from a Canadian University? 4 min read

Is It Easier to Get a Job Once You Graduate from a Canadian University?