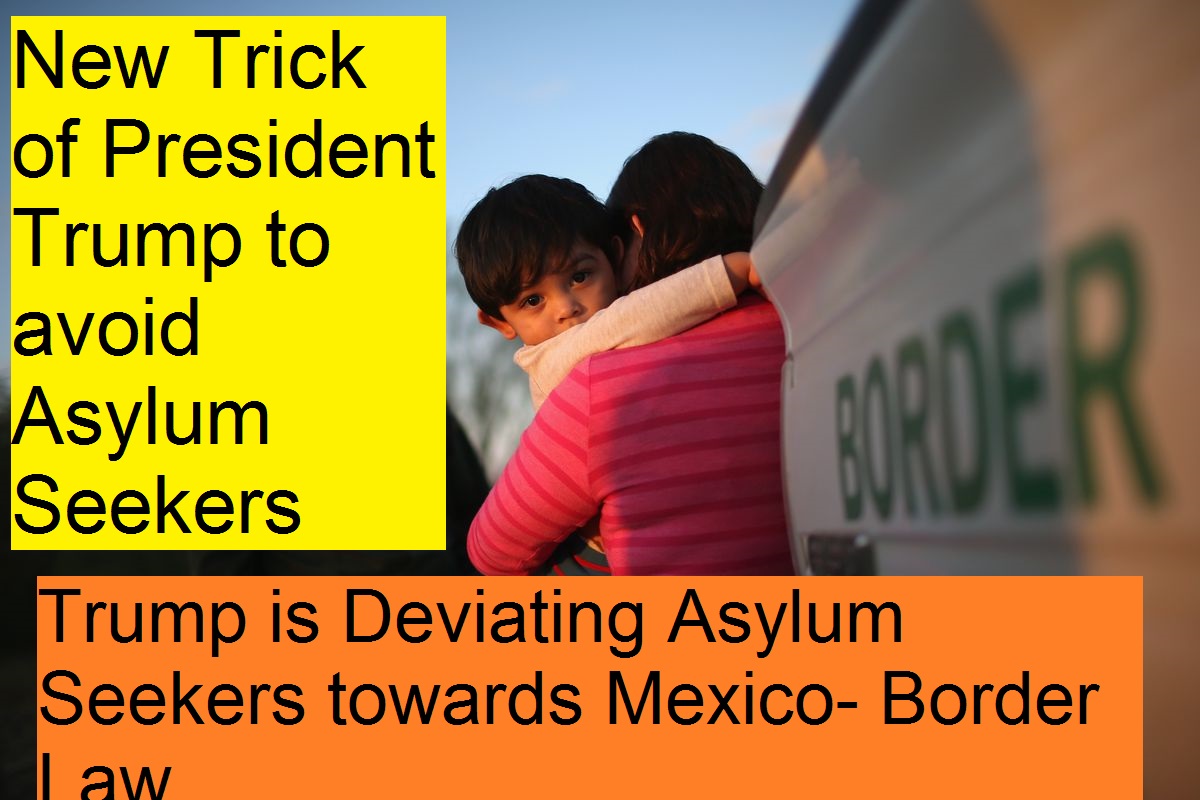 Trump’s New rule which is still in processing says that any Asylum seeker whose case has been in processing that is no decision has been given on his stay in the US has to stay in Mexico. Ones who will not be able to explain the possible threat they will face in their home country, for them the US is not a place as per the Memo by DHS. In the name of law Trump is Deviating Asylum Seekers towards Mexico.

Trump is Deviating Asylum Seekers towards Mexico- But is it acceptable to the Mexican Law??

Taking to the Washing post many of the Mexican Officials said that the Mexican Law doesn’t permit any of the asylum seekers who are seeking shelter in a different country to stay in Mexico. Many of the Mexican cities came for the help of people at the border but further help at the cost of their resources will not be given- told by the Official.

Moreover, Mexico is going to administer by a new President Obrador and he himself doesn’t want to vow in front of Trump Government. During his Campaign time, he boldly said Mexicans in future will not support the US in this catching game of immigrants and want Trump to financially support the Central Americans to handle these situations.

What the US Law has to state in the case of Asylum?

According to the US Statute, if the immigration officer at the time interview got the hint of prosecution’s fear, he shall bound to give asylum to that seeker. New Rule is not by the US Law.

So what will make the Obrador accept the deal in near future?

As per the Forbes, Review on the trade agreement of both the countries is due in another week or so which will be culminated in G20 meeting. Is this is going all over the mind of Trump through he is seeking support from Mexico? Accommodating asylum seekers could be a deal breaker. But if Trump makes his mind for something he gets it done anyhow.

Migrating to the United States? Is the US citizenship worth all the wait and money? 3 min read

Migrating to the United States? Is the US citizenship worth all the wait and money?

Unwanted Migrants in Denmark being planned to send to deserted Island! 3 min read

Unwanted Migrants in Denmark being planned to send to deserted Island!

Thai Workers Alerted Before Looking at Lucrative Offers in Canada