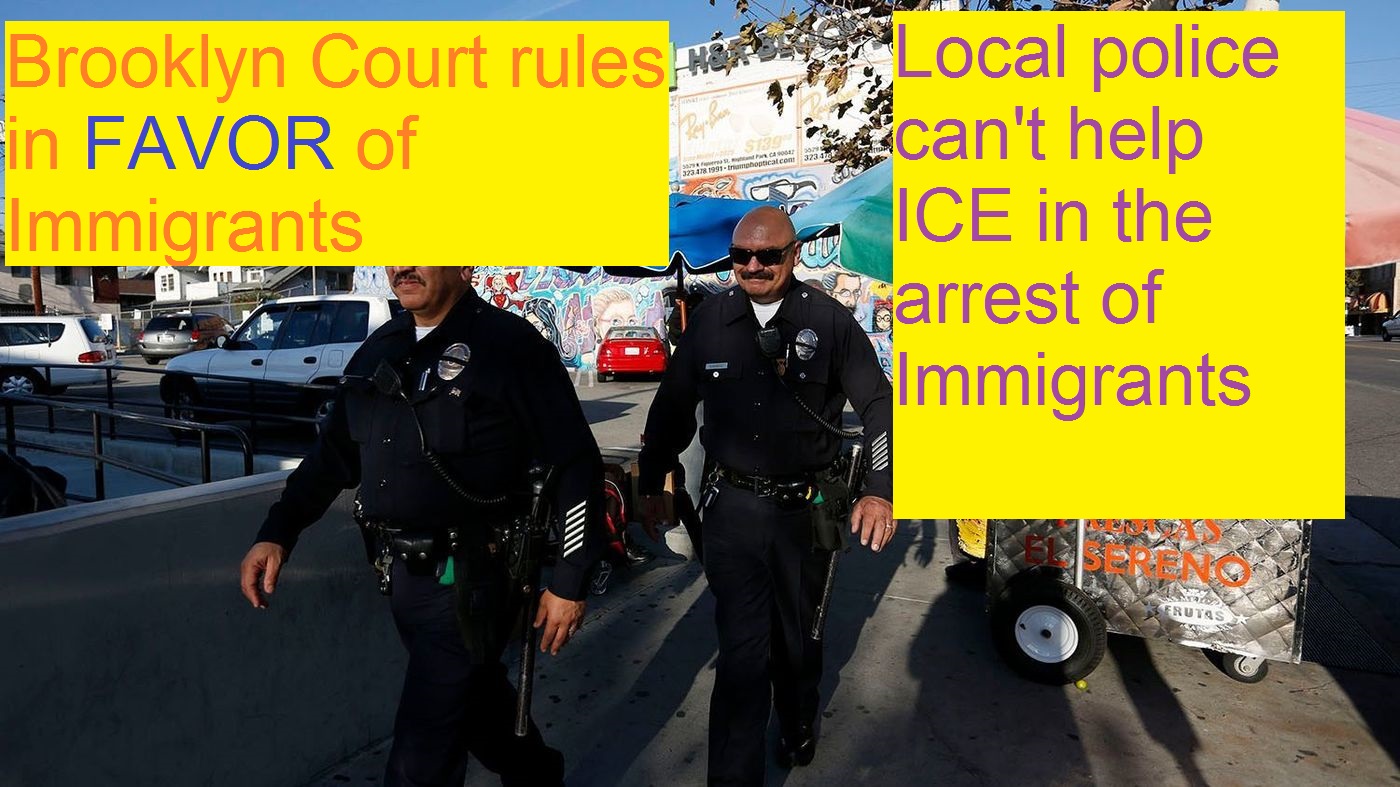 The Brooklyn court ruled in the favor of immigrants, the rule says local police has no power to turn the immigrants to the immigration officer. Local police need a judicial warrant to do the same. The rule that is It is not under Local Police command to detain immigrants- Rule by Brooklyn Court came after the arrest of an Indian- Susai Francis in the case of drinking and later out it was found guilty of overstaying the visa.

Discussions in 30 Seconds hide
1 It is not under Local Police command to detain immigrants- Find out the details below-
1.1 Details of the Case of Susai Francis- Who were rearrested after serving his term
1.2 Judicial court such act as a sheer Violation of the State Law-
1.3 The Rule should be Implemented in all Counties Statewide-Legal Director- Chris Dunn
1.4 Was it all done under the influence of President Trump?
1.5 Ending lines- Susai Francis won’t get any relief after this but other immigrants are safe for now
1.6 About Post Author
1.6.1 Diksha Garg

Susai Francis served his term in Suffolk County after being found guilty of overstaying the visa in 2017. But without any warrant just on the request of Customs Enforcement, the local police handed him over to the Immigration and Customs Enforcement (ICE)

On 14th Nov 2018- the panel of three judges decided that it was out of the power of the local police. Court declared such act as a sheer violation of the State Law. Court further added that the local police can’t initiate arrest on behalf of Immigration and Customs Enforcement Department. The local police only can arrest when there is a judicial warrant given to them by the ICE which is authorized by a judge.

The one who brought up the case to the court is the Chris Dunn of New York Civil Liberties who serves as an Associate Legal Director. According to him just to please the ICE, local police calls for arrest and the rule should be implemented to every other county statewide including Nassau County.

Was it all done under the influence of President Trump?

With all the policies that are coming against immigrants under president Trump then it should be of no shock that all was done under his influence. 800 immigrants in total have been put for detention after the local police helped the ICE for the same. According to the report by Newsday, after Trump being elected as the President, the Sheriff was helping the ICE for the arrest of immigrants. But the new Sheriff now said that after the ruling in the process, such arrest won’t be possible under his nose.

Susai Francis has already been taken into the custody so this ruling will be of no relief to him. But New York City won’t let any arrests without the arrest warrant and will not answer the mere request from the ICE if that person is already in the custody.

The Department of Justice in the response of the ruling that It is not under Local Police command to detain immigrants filed a lawsuit saying the arrest of illegal immigrants would not be possible if the local police won’t help. But for now, no further arrest is possible.