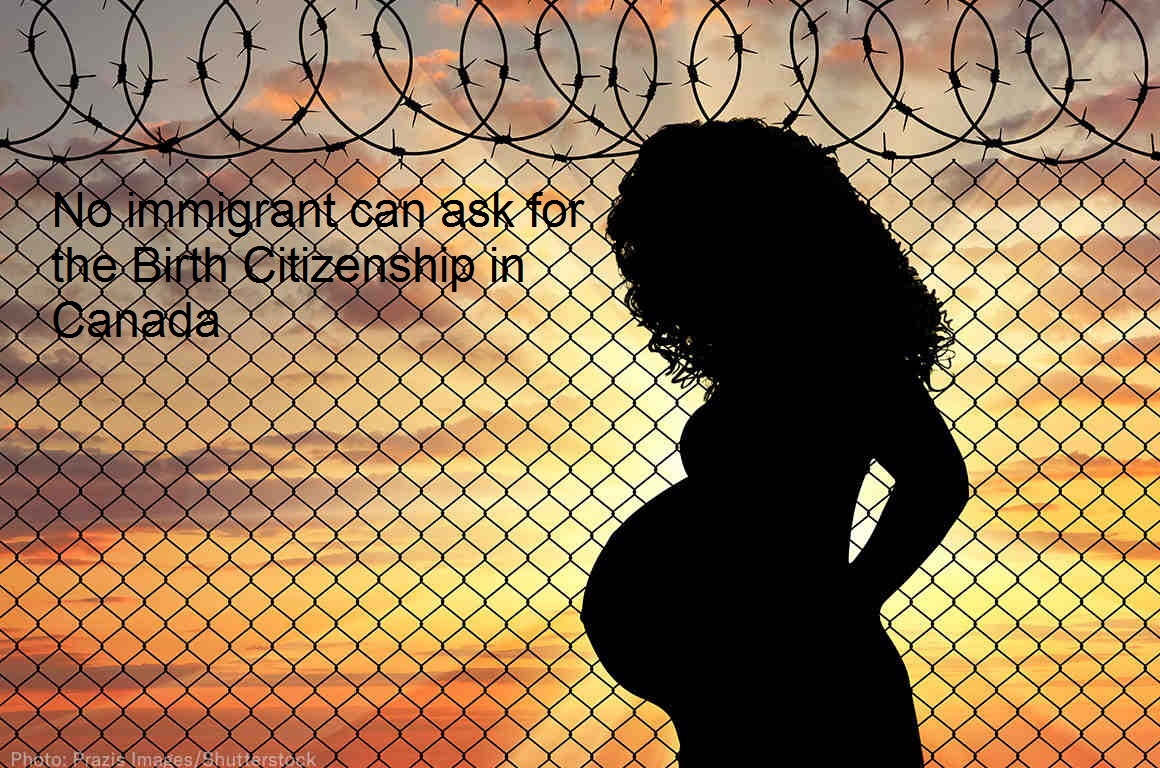 Canadian Citizenship by Birth is No More a Right : Find Out

The President of the United States, Donald Trump has once again given a heads up to the world by signaling the world about the roll-back of the policy of birthright citizenship in the US. Not only the US but the other 30 countries including Canada allowed the birthright citizenship. In Canada, according to the section 3(1)(a) of the citizenship act if an immigrant child born on the soil of Canada, automatically the child will get citizenship and the related benefits. Citizenship by Birth is no more a right to ask for in Canada due to the burden on taxpayers.

Discussions in 30 Seconds hide
1 Citizenship by Birth is no more a right to ask for in Canada- Son of soil Theory is not Valid Anymore
2 The issue in the debate is to control Birth Tourism
3 Pandora box of problems– IRCC doesn’t have any regulation that would stop a pregnant lady to have a tourist visa
4 Birth Tourism is a defect in the Canadian immigration system- claimed by the opposition
5 Increase in the number of children using public benefits have increased the burden on taxpayers-
6 Positive Criticism– Son of Soil theory gives an idea of equality-
7 Benefits of Child Citizenship doesn’t ensure permanent residency to the parents-
8 Way-Forward– Amendment in the US constitutional law is difficult
8.1 About Post Author
8.1.1 Diksha Garg

Along with the US, various other countries like Canada, Mexico, and about 30 other countries function along the lines of the aforementioned policy whose basis can be defined by the Son of Soil Theory.

The issue in the debate is to control Birth Tourism

There have been talks about ending the birthright citizenship over the years or limiting the number of citizenship by adding conditions to curb the “Birth Tourism” wherein a person just goes to a country, has a baby and the child automatically being the righteous holder of citizenship of the said country as per law of land.

A very sad fact has come to light that many people have started this as a business, bourgeoisie class is opening up new ventures like birthing hotels or baby houses which offer pregnant women from different countries to come and deliver their child and in-return they charge thousands of dollars for that. The market for the said business is increasing rapidly.

As per the opponents, birth tourism is considered to be a defect in the Canadian Immigration system and citizenship laws. They perceive it as a game for acquiring passports which ultimately leads to the communal difference in the localities and the foreigners.

As per the extremists, the whole immigration scenario is a fraud as it’s believed to devalue the Canadian Citizenship.

Taxpayers find it additionally troublesome as the increase in the number of Canadian students availing the subsidized educational, Health Care and other governmental facilities lead to an increase in their tax.

Due to such issues, various countries like Ireland, Australia, and the United Kingdom have eliminated this policy. Many active steps towards limiting birthright are also taken by them.

While the policy is harshly criticized by the people, there exists a sect according to which the “jus soli”, Son of soil theory is the distilled essence of national identity as it propagates the idea of equality among citizens. Hence, eliminating this concept will lead to a further increase in tax and it’ll complicate the entire process of citizenship verification due to a significant increase in the intricacies.

A new-born child is deemed to be a righteous holder of the Citizenship benefits since birth but the parents can’t avail anything out of that. Having a child with permanent citizenship of the country doesn’t ensure a permanent residency for the parents; a due sponsorship regime exists for that.

Way-Forward– Amendment in the US constitutional law is difficult

As far as the US, birthright citizenship is concerned, it can be sensed from Trump’s move that he has cold feelings for the immigrants and in all likelihood will formulate a policy benefiting the US- Citizens more than the foreigners.

Formulating the policy in the US is a cumbersome process as it involves amendment of constitutional rights and hence a hefty process whereas in Canada it is under the Citizenship Act which can be formulated by a mere act of Parliament.

However, the answer to the question of whether the following idea of  Citizenship by Birth is no more a right to ask for should be executed or not lies at the mercy of the ruling government.