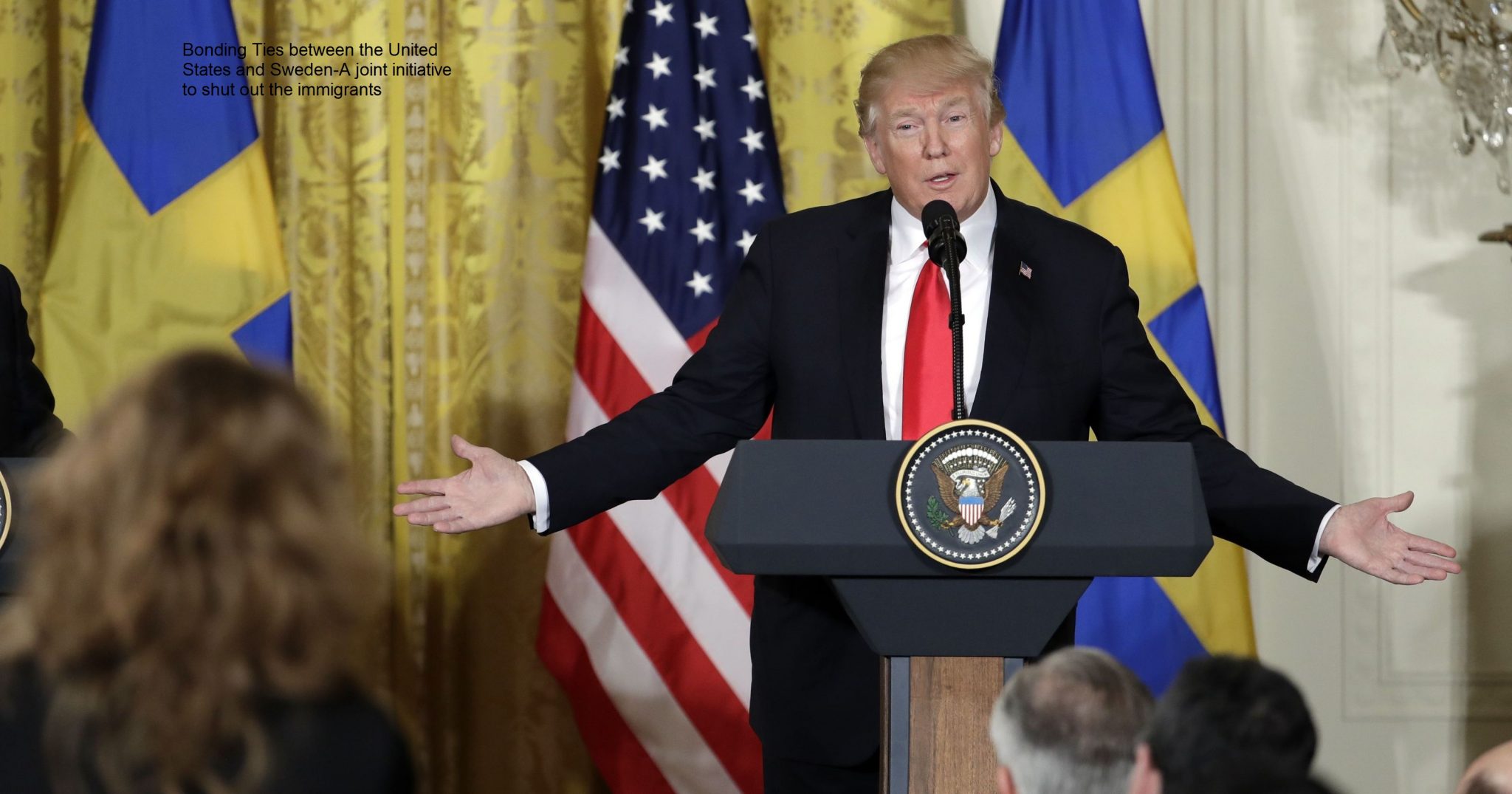 According to an excerpt from Hillary Clinton’s book, Trump’s harsh cruelties have inflicted adverse effects on the Undocumented families arriving at the border. Though it’s highly inaccurate to classify anyone as “Undocumented” before crossing the country yet all the publishers and editors at the printing houses seem to be unaware of the logic. Now there are Bonding Ties between the United States and Sweden-A joint initiative to shut out the immigrants.

Who are these Undocumented persons- to whom Sweden and USA want to flush out?

It is the Political influence which has triggered such inarticulate definition into the minds of common people and therefore the term “Undocumented” is being apprehended in a negative light. An “Undocumented” person doesn’t mean a person without legal documents, it refers to a person who has piles of the documents and is yet deprived of a status of a legal citizen. It’s highly unfortunate to see people perceiving this notion in a wrong way and that too majorly because of Political influence leading to the bankruptcy of common logic.

What is the origin of the problem of undocumented immigrants?

The origin of this problem can be sheerly blamed to the delay by government in pending asylum applications, delay in review date, meanwhile people are stuck between existential and identity crisis, the Trump Government has decided to ignore the hardships being faced by people and instead issued a deportation order against them. This is the new emerging concept which will not lead any utility to any of the party in the long run.

Considering a history of cold relations between Sweden and the United States, the countries can be seen bonding up on the idea of deportation of “Undocumented Individuals”.

Sweden shift from being immigrant cordial to immigrant intolerant

Though Sweden has always shared cordial relations with the immigrants, its major example could be the Syrian Refugee crisis yet a major transition in its core values can be witnessed since 2015, when the country decided to deport a significant number of people on the basis of their documentation.

Even the Political parties have added this as an agenda in their manifesto, thereby inculcating a negative image regarding the immigrants in the minds of the native people by preaching the fact that the immigrants fail to integrate in the society and hence are a burden on the state.

Contrary to this, Vanessa Barker, an American Sociologist stated the fact that the biggest issue is the perceived strain on the welfare state, which in turn is the core of Swedish Nationalism. According to Barker, The Swedish Welfare State is losing its value as an explicitly national project, as it was created as a response to inequality or class strife to rebuild the family and emigration struck population with the due efforts of Industrialization and Pro-Nationalist policies.

Hence, the welfare state was considered not only as a safety net but also as a safety nest which all imbibed and preserved everyone’s integrity.

Sweden’s not-so-harsh policy on immigrants took a drastic change over a weekend wherein the department of Homeland Security published and proposed a new regulation that would restrict immigrants who have used public assistance such as medical aid, from granting green cards. These rules will not only reduce the number of immigrants but will also deprive them of utilizing the services available at cheap rates, thereby depriving them from a nominal standard of living. At the same time, a new class of immigrants is emerging in US, Known as the “Underclass”, which is supposed to draw a lower poverty line for the immigrants wherein immigrants will be forgiven for using public assistance as long as they earn 85% less than what is considered to be poverty if an American earns it.

Expulsion of undocumented immigrants is inhumane

In the era, where the immigrant crisis has become a top issue, Barker calls it a Solidarity Crisis, that the approach of excluding immigrants by tagging them as “Undocumented” is not only inhumane but also in ethically wrong.  It would be unjustified to separate the wealth of a developed nation from the labor who has helped to earn it.