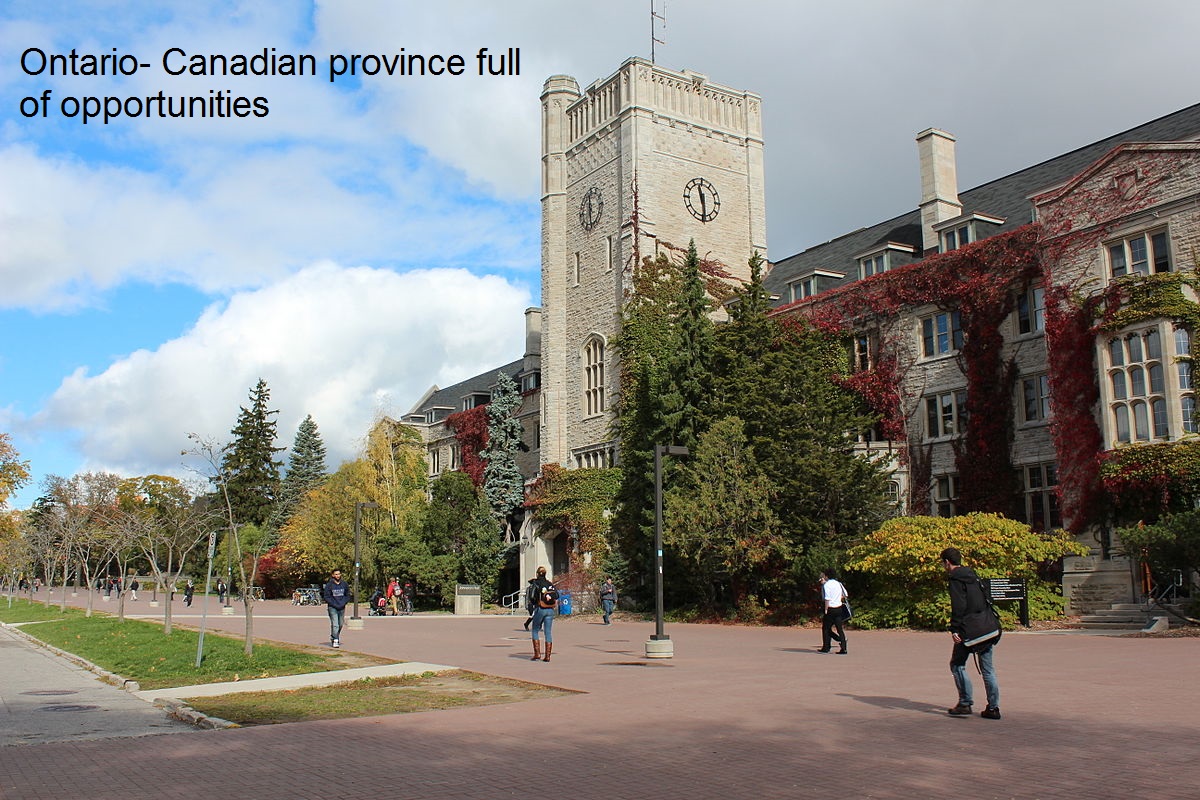 Ontario for newcomers is a place which offers them great opportunities as its capital city is known as the financial center that is Toronto. Moreover, Ontario is the center of Canada having the two most popular cities that are Toronto and Ottawa. Canada as a whole is multicultural so is Ontario as people from different countries come and find their homes here. The name of the city is derived from the famous Lake Ontario. The city is also rich in natural diversity such as Niagara Falls. Let’s see what makes Ontario- Canadian province full of opportunities.

Discussions in 30 Seconds hide
1 The culture of Ontario- is all because of the immigrants’ communities
2 Living standards of Ontario- with high wages there comes the high cost of living
3 Housing market of Ontario- expensive to have a home in big cities of Ontario
4 Education in Ontario- home to some of the greatest institutions
5 Jobs and economy of Ontario- king of industries is Auto industry
6 Healthcare of Ontario- available for all with no burden on the individual
7 Immigration to Ontario- Ontario Provincial Nominee Program
7.1 About Post Author
7.1.1 Diksha Garg

The culture of Ontario- is all because of the immigrants’ communities

In Ontario culture, one can clearly see the flavor of international cultures as many of the immigrant communities settled there. The famous example of this Caribana festival of Toronto which is an initiative taken by an immigrant to showcase Caribbean culture.

Another famous international film festival held in Toronto where film stars and the directors come and showcase their work for the first time.

In this multicultural province, it is easy for an immigrant to settle and merge into the society.

On averagely basis minimum wage in the province, Ontario is high as compared to the other parts of Canada that are $11 per hour. High wages bring us to the high living standard and to match that living standard high wages are required. Cleanliness, job opportunities, and safety are what makes this big province livable and out of all come to Canada, half of the immigrants settle in Ontario.

What makes the housing market on fire one is its demand and high population. You will cost around $635,900 for a house in Toronto and $ 403,200 for a house in Ottawa. Average earning person like to take a back seat in this case and rent a home in the suburbs of Ontario to save.

Education in Ontario- home to some of the greatest institutions

Till grade 12 there are three options for the child to opt from public schools, French or Catholic schools which are totally administered by the government and funded from the taxpayer money. Apart from that Ontario is known for its research institutions which are too publicly funded.

Province too conducts many educational programs such after 12 one year course for the students who will go to colleges and universities which include skill enhancing internships. After school, many unique courses in arts, agriculture, and technology are there which attract many of the aspirants to these institutions.

Some of the best internationally recognized universities are Queens University, University of Toronto and many more.

Jobs and economy of Ontario- king of industries is Auto industry

As we discussed earlier that the financial capital of Canada is Toronto which gives the newcomers a bucket full of opportunities to explore their skills.

Other industries which attract the newcomers are IT and Manufacturing.

Thriving industries such as nickel and paper industry also making their way to attract the skilled labor. The agricultural industry is a forever industry which has played its major role in giving jobs to the immigrants.

Ontario Health Insurance Plan (OHIP) is a publically funded plan which covered almost all the basic health care an individual need except the cosmetic and dental care which is not covered in the plan. It is compulsory for every province to have a health care plan so that there is no burden on the citizen and the legal residents but coverage of the plan is different in all provinces.

Provincial Nominee Program of Ontario gives the new aspirants an opportunity to explore this province and the opportunities associated with it. Government too is making efforts to make the program effort free so that skilled applicant whom the province needs can come. Many government agencies are there to guide the newcomer during settling in the new country.