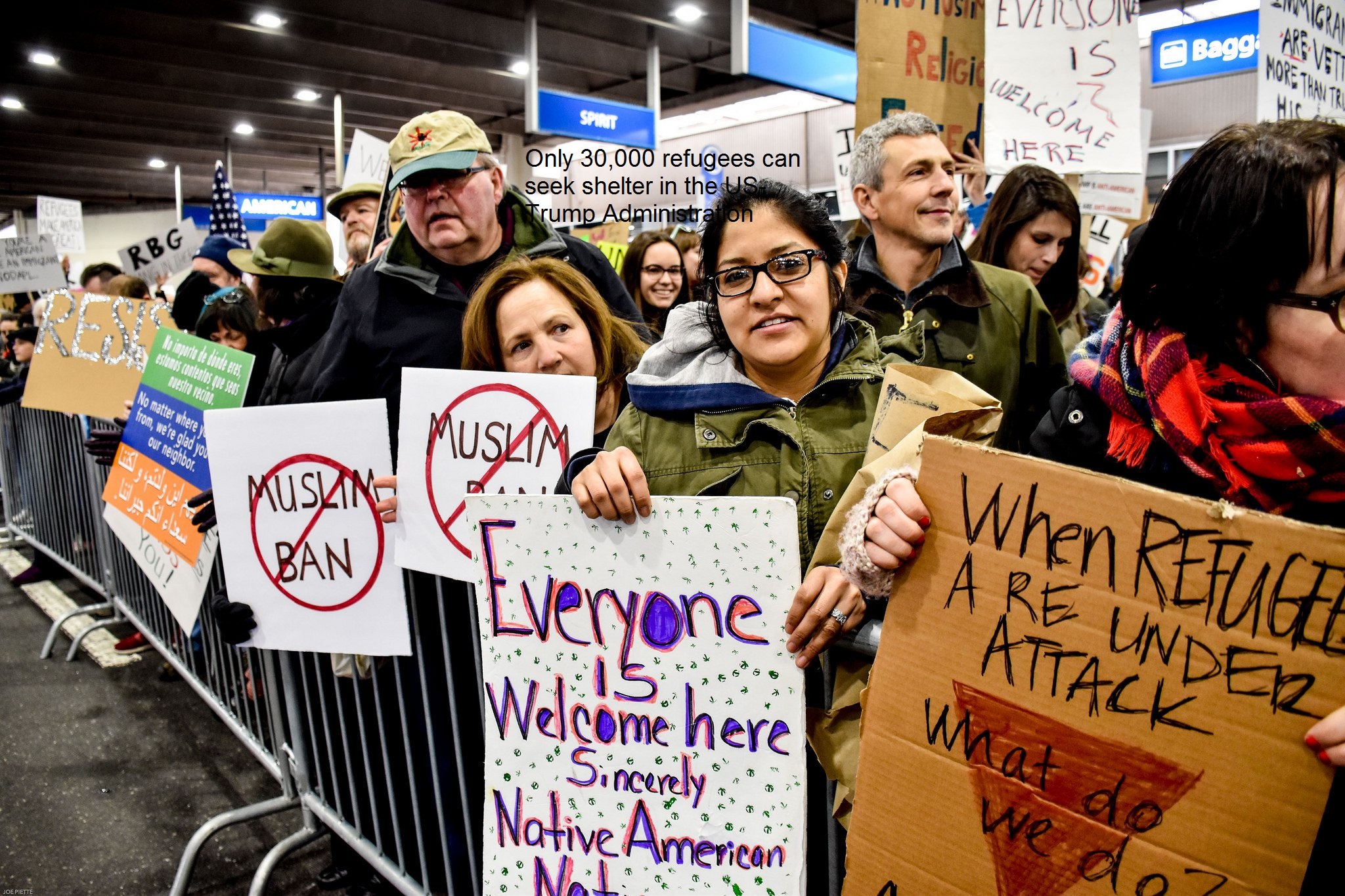 Only 30,000 refugees can seek shelter in the US-Trump Administration

Discussions in 30 Seconds hide
1 Numbers of administered refugees are the lowest- history has proofs
2 Who is behind the master plan for reducing the number of refugees?
3 Limit on Number of refugees in US: What they have to say in the justification of the decision?
4 Trump administration missed the chance to show its big good heart- advocates
5 Putting caps has nothing to do with resettling the asylum seeking refugees-
5.1 About Post Author
5.1.1 Diksha Garg

Numbers of administered refugees are the lowest- history has proofs

Since the refugees’ rule came into existence in 1980, next will record the lowest number of the refugees to be administered in the US. Trump has set the numbers to 45,000 for this year and now the change of plans can clearly be seen. This change is also triggered by the Trump’s policies which are against immigration in the US.

The Real fight was against undocumented and the ones who came illegally to the US but the coming policies are sparing anyone be it refugee or an H-1B visa holder. Everyone is on the radar of Trump administration.

Who is behind the master plan for reducing the number of refugees?

Senior policy advisor to the president- Stephen Miller is the mastermind behind the decision as he is putting his best efforts to put a cap to 25,000 as it is a matter of country’s protection within the boundaries. This stroke of his is just another way of refusing immigration to the US. On the other side, Mr. Mike Pompeo- secretary of the states and department of defense in the starting advises keeping the number same as before that is 45,000 but the final decision was with the cap of 30,000.

Limit on Number of refugees in US: What they have to say in the justification of the decision?

In support of the decision, Mr. Pompeo said there are many people coming to the border to seek shelter claiming the conditions in their country are not worth living. There is a need to prioritize between the refugees of the country who can’t go anywhere and those refugees from the country which are acceptable in the countries too.

He further added that limit on the numbers is a result of the backlog of the cases that are pending regarding asylum seeking. He claimed that there are 800,000 pending cases of the asylum seekers who are waiting in the hope of getting a shelter in the US.

Mr. Pompeo to justify the decision he gave the example of an Iraqi asylum seeker in California arrested as he was accused as a murderer by the Iraqi government. So it is the responsibility of us to completely scrutinize the asylum seeker to prevent any damage in the future.

According to the immigrants, this decision is inhumane and the step that will sabotage the national security. According to the vice president of the International Rescue Committee, Nazanin Ash it is the missed opportunity for the Trump administration to show its big good heart. She condemned the system by saying that decision is the result of trump administration failed attempt at the border of protecting the minors and continuous accusations on the asylum system.

Past has witnessed the same situation during last year of President George W. Bush administration when the cap was 80,000, only 27,000 refugees get a place to live in 2002 due to the terrorist attack of 2001 and in the subsequent year, the number of resettling refugees was 28,000.

President Trump from the very start campaigning about the Muslim Ban and restriction on the entry of Syrian refugees as a threat to the national security is doing so by putting up the caps on how many refugees can seek asylum in the country.