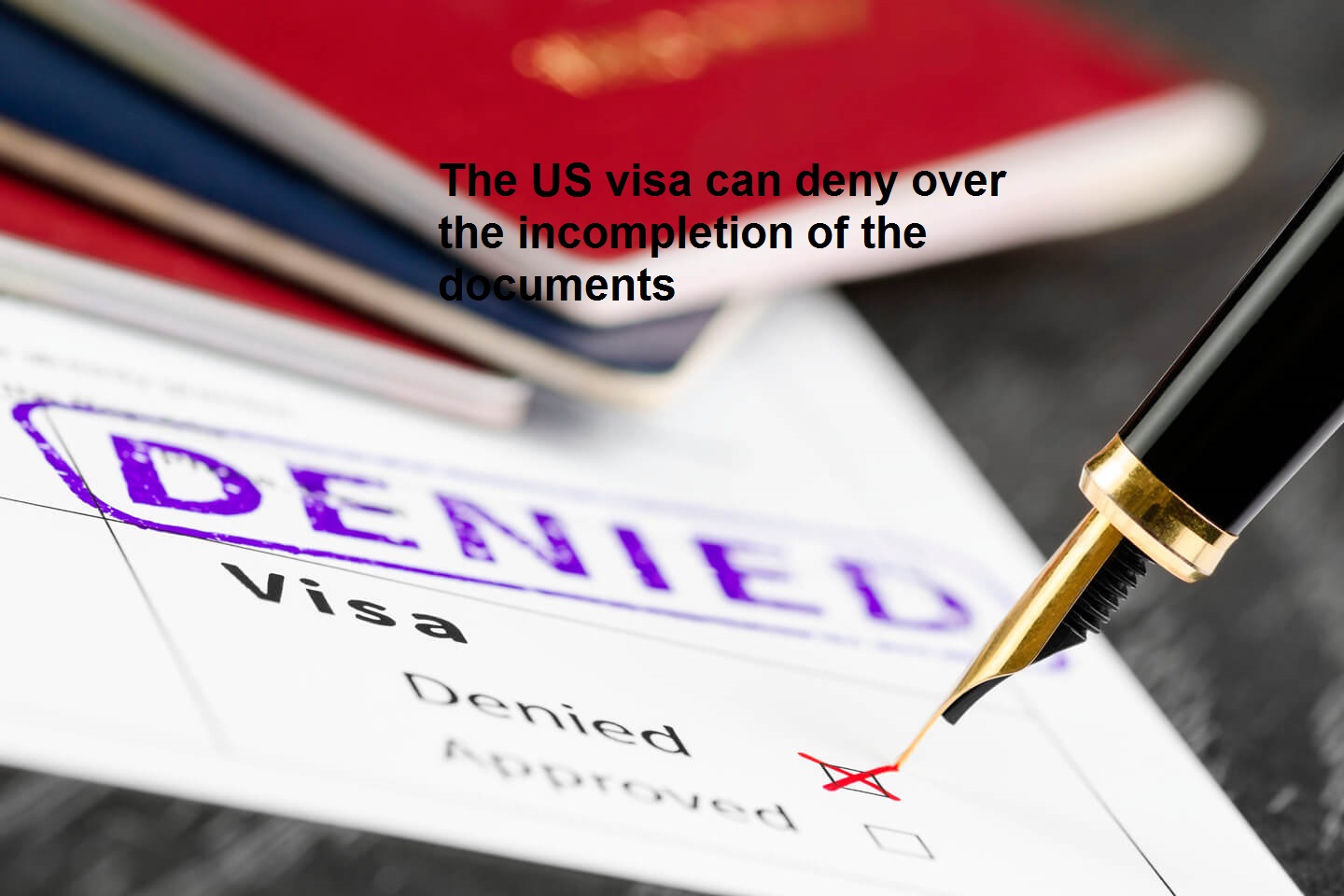 The US visa can deny over the incomplete documents

President Trump’s fight against immigration has taken another turn when a new policy suggesting the immigration officers reject the visa application over a mere error or incompletion of the documents. Before this policy what has done is that over finding any mistake the immigration office send RFEs to the applicants in the demand for more evidence but this new policy is a clear way saying no to immigration. This article will discuss the complete in and out of how The US visa can deny over the incompletion of the documents?

What will happen after this policy? Would US Visa become more difficult to get?

Every year there are about 7 million applicants for the US visa.  Now the application will be stopped by the USCIS without the applicant’s intervention which will leave no option for an applicant to retry whole that lengthy procedure and again spend thousands of dollars. This policy has made lengthy process lengthier and will increase the chances of backlogs and paperwork.

The situation is worse for the ones who have applied for the renewal of the visa is in the US. If any error would find out in their application they will face direct deportation on the expiration of the visas.

What USCIS has to say in favor of the policy of rejecting IS Visa Application for incomplete documents?

Justifying the policy Michael Bars- USCIS’s spokesperson said that the policy is formulated in such a way that it will reduce the incoming of superficial applications. Some frivolous applications are being filed just to get more time. According to Mr. Bars, the responsibility of completing the documents is with the applicants not with the USCIS.

Pierre Bonnefil an immigration lawyer speak against the policy by saying now the application procedure will not be transparent and who will be there to judge is it fair or not to reject the application. Now the decisions will be taken according to the USCIS officer’s mind.

He claimed that now even the fair and strong applications will get piled up in the USCIS offices.

Legal immigrants with this policy are too uncertain of their status-

This policy has left legal immigrants in a dilemma that in spite of the following everything legally, the government has forgotten to distinguish between them and the ones who are here illegally. Their status is in jeopardy.

Americans see H-1B visa holders as job snatchers. According to the Rennie Sawade works with Washington Alliance of Tech. workers- there should be a strict policy in recruiting H-1B workers as many of the employers hiring in a barrage of cheap labor leaving Americans jobless. Exploitation of the visas should not be there and it should do what it intended to do.

Lawyers object this too claiming the questions added will put not only work visa in trouble but other visas too. Foreign workers doing a commendable job in their area are in jeopardy of whether to concentrate on the job or the RFEs they are receiving.

Immigration lawyer of California Ms. Greene stated an incident of her client when her visa got rejected as she took off as she was pregnant and after that because unfortunately, her baby died in 11 months.  There are many cases like this in which the visa got rejected without any solid proof.

In wake of the uncertainty of the H-1B visa, many CEOs of the big companies wrote a letter to DHS that these changing policies are affecting the routine of the work and the economy in long term.

Policy analyst Sarah Pierce suggested that policies should be like for the one who is overly exploiting the working visa, not for every company in town. But president Trump she added is seeing both legal and illegal immigration as a security threat.