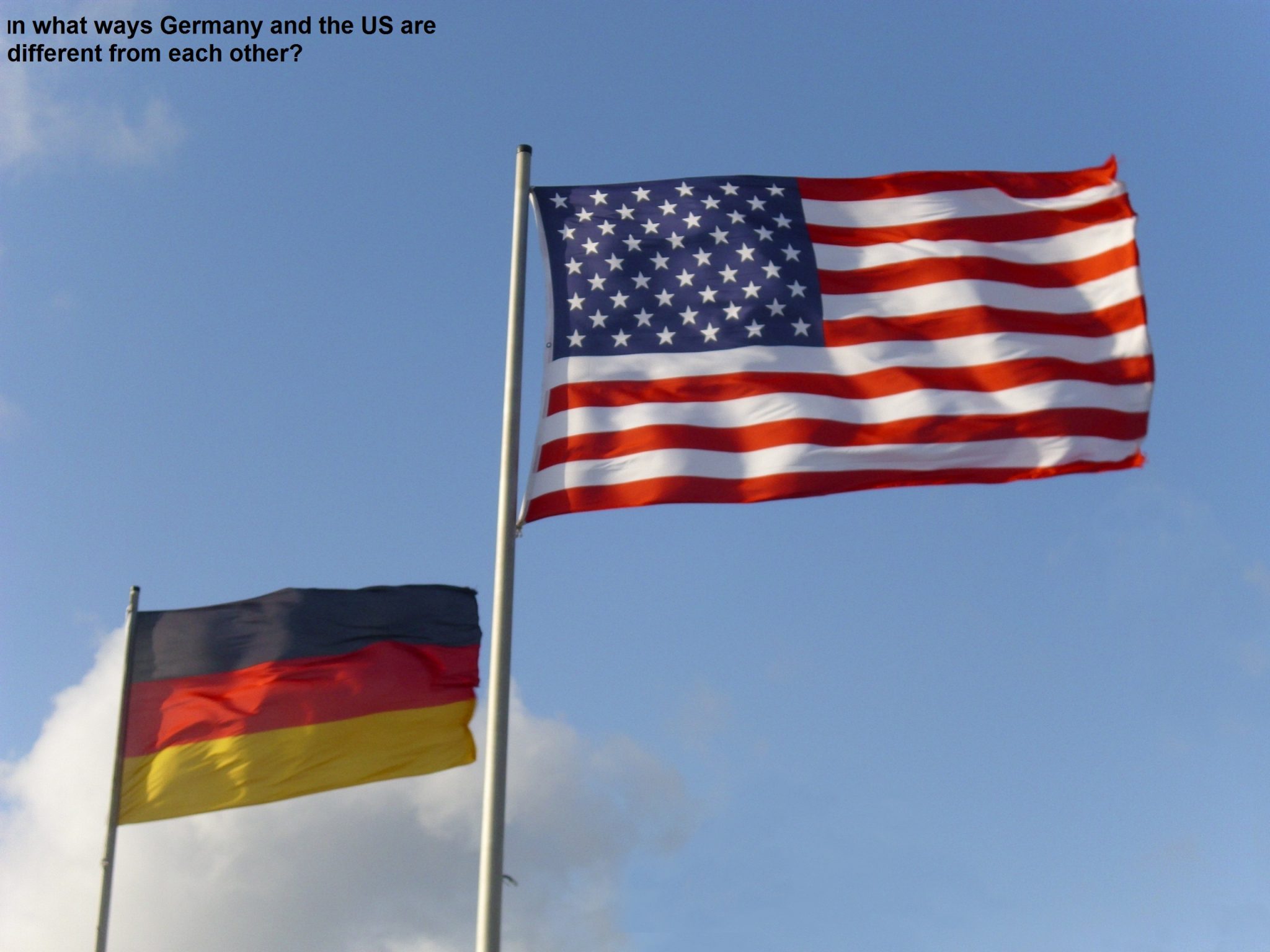 In what ways Germany and the US are different from each other?

Both the countries are a way different from each other in every possible sense but comparing the both you can’t tell which is better in general. Immigrants whose home country deals mostly in cash will find Germany suitable rather than the US. So it depends on the personal perception and background which country he wants to migrate it? We will discuss in this article In what ways Germany and the US are different from each other?

Discussions in 30 Seconds hide
1 Means of commuting- Germany is more of bike country whereas the US is car one-
2 Healthcare- Germany much cheaper than the US
3 Language awareness- the US is ignorant while Germany is a keen learner
4 Nature lover and environment conscious- Germans are more cautious owing to the high population density
5 Banking and transactions- Germany deals in cash whereas the US works on credit cards
6 House renting- Americans believes in owning the house whereas Germans are happy in paying the rent
7 Taxes- the US pay nothing in terms of taxes as compared to what Germans pay-
8 Work culture- Germany has more free work culture than the US
8.1 About Post Author
8.1.1 Diksha Garg

Healthcare- Germany much cheaper than the US

Getting the health insurance is important in both the countries but medical care, in general, is expensive in the US than Germany. In terms of life expectancy Germany ranked 22nd and America was somewhere around 36th indicating a short life of Americans. For the treatment of small injury or disease, you end up spending your 4 to 5-month salary in the US and that too with insurance whereas as in Germany if you buy medicine from the local pharmacist even without the insurance you end up spending few bucks only.

The US is an English speaking country with Spanish as their second language. As speaking English get their purpose solved they find no need to learn another language. In Europe as a whole, you will find people speaking a different language all thanks to its geography. People in Germany show their interest in learning the language other than German.

Both the countries play an equal role in saving the environment but in Germany as the population density and cost of producing energy is high, they are more inclined towards the production of renewable energy. Germans have developed that the software in the cars which makes cars engine off automatically as soon as the car stops at the traffic light.

Except for the few places which are tourist attractions German people deals in cash. In Germany, there is no such thing as credit card only debit cards work. The US society no the other hand goes digital. In every place, you will find the card swiping machines.

Only a few percents in Germany owns their houses rest are staying at a rented home, some of them living for 20 years and they are happy in paying rent. They just don’t want to have a mortgage after buying the house as mortgage involve heavy down payments. In the US owning the home is more favorable if we consider tax law of America.

The VAT in Germany is itself 19% which is much higher than the highest sales tax in the US that is 10% only. In Germany fuel, gasoline almost cost you double that in the US.

Work culture- Germany has more free work culture than the US