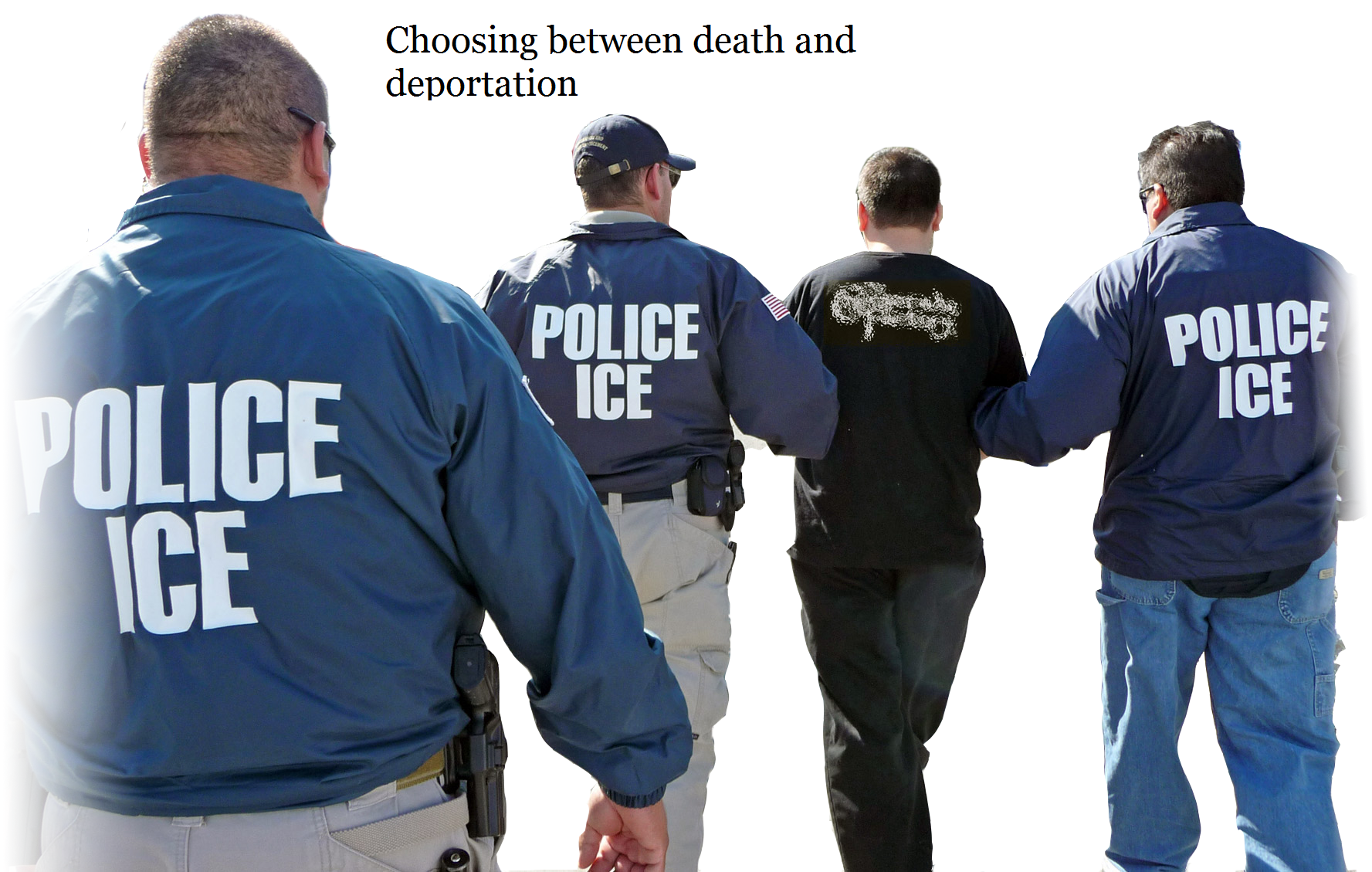 An undocumented and uninsured mother in the US is forced to Choose between death and deportation. Mother lives in Queens with her husband and three children (who are US citizens). The couple 18 years ago emigrated from China on a visa but they overstay their visa. Her 13-year-old girl wrote a petition to the Department of Homeland Security- for the delay of the deportation, to ensure her mother insurance coverage so that she could enter the clinical trials.

With the recent threats of deportation under President Trump’s rulemaking the matter worse. What a dilemma of Choosing between death and deportation.

Discussions in 30 Seconds hide
1 Medicaid- subsidized healthcare program by the government
2 Under trump’s rule threat of deportation increases
3 Government subsidized programs Medicaid work differently in different state
4 What is scarier fear of death or removal from the country?
5 That every second in fear-
6 Good news on the way
6.1 About Post Author
6.1.1 Diksha Garg

When a 13-year old’s mother discovered 2 years ago that she has a stomach cancer, undocumented and uninsured, the mother received free treatment through US Medicaid program at Bellevue Hospital in Manhattan, which with no doubts saved her life.

According to her oncologist, she could be one of the longest survivors of cancer but only if she goes for the clinical trials. Her doctor was anxious to use medicine which would give them a breakthrough, whether that medicine even can cure her type of disease or not?

For this, she has to go to the clinical trials. But according to the rule to be in clinical trials she needs to have legal status. She needed complete coverage Medicaid offers before entering the trials. In other words to get the treatment she needs to be legal in the country. For that legal she herself have to declare to the Homeland Security, which will further expose her, her family.

She is standing on the crossroad, where one goes to live the life and other to her legal status. What legal status is of use if she can’t live her life. As compared to 2016, a number of the arrests of undocumented immigrants in 2017 went up by 40% – according to the Federal figures. Administration under trump’s rule also finding a way of punishing legal immigrants if they use government-subsidized Medicaid services.

Medicaid process before clinical trials is almost same as of any treatment in private hospital. Medicaid program is for undocumented immigrants and it is run differently in different states but as far as New York is concerned it has most genuine programs of all states.

As for example in some states keeping a person under dialysis is and emergency Medicaid but for some states like Georgia emergency, Medicaid is when a person is under diabetic shock.

Emergency Medicaid program doesn’t bear the cost of dose in a clinical trial, not even in worse conditions. Meanwhile, she has to go through chemotherapy and surgeries to get rid of her ovaries and other parts of her stomach. An estimated cost for stomach cancer is around $100,000, and Medicaid pays nothing as compared to this to the hospital.

Being in New York ensure them good health care but getting to trials scared them of deported.

What is scarier fear of death or removal from the country?

A senior staff attorney at the New York Legal Assistance Group, Domna Antoniadis, she helps the patient to overcome all the formalities and get proper healthcare. She, in this case, said that the patient is been in New York for almost 20 years now, she has three US citizen children and she doesn’t have any criminal history, never get arrested. Now all patient she is demanding not to remove her from the country and just let live her life with her family. Domna Antoniadis advised them to submit the application to the Homeland security and remain cautious.

That every second in fear-

Of not hearing anything Homeland Security, the family spent their every single second in fear of getting deported and losing her. The regular news on T.V about the strict policies against immigration and undocumented people are getting deported from the country making their lives miserable. Everyone in the family trying to work normally but even a 4-year-old baby of them can sense that something is wrong with the family.

Good news on the way

Are do trials all worth this stress or fear of deportation?

Trials have begun in last December. But even trials can’t stop her approaching death. While in her trials, her doctors said the growth of cancer in the stomach is rapid and they couldn’t keep her in the trials, she has to be hospitalized. But by then cancer ate her up to death, in early January she died.

After what happened a question remain pooping out in the head- is this all stress for going to trials worthy? If we retrospect the situation, it might be like going to trials was a waste of time but instead of giving up on life giving it a chance is all worth. How will a country like America handle cases like this over deportation?