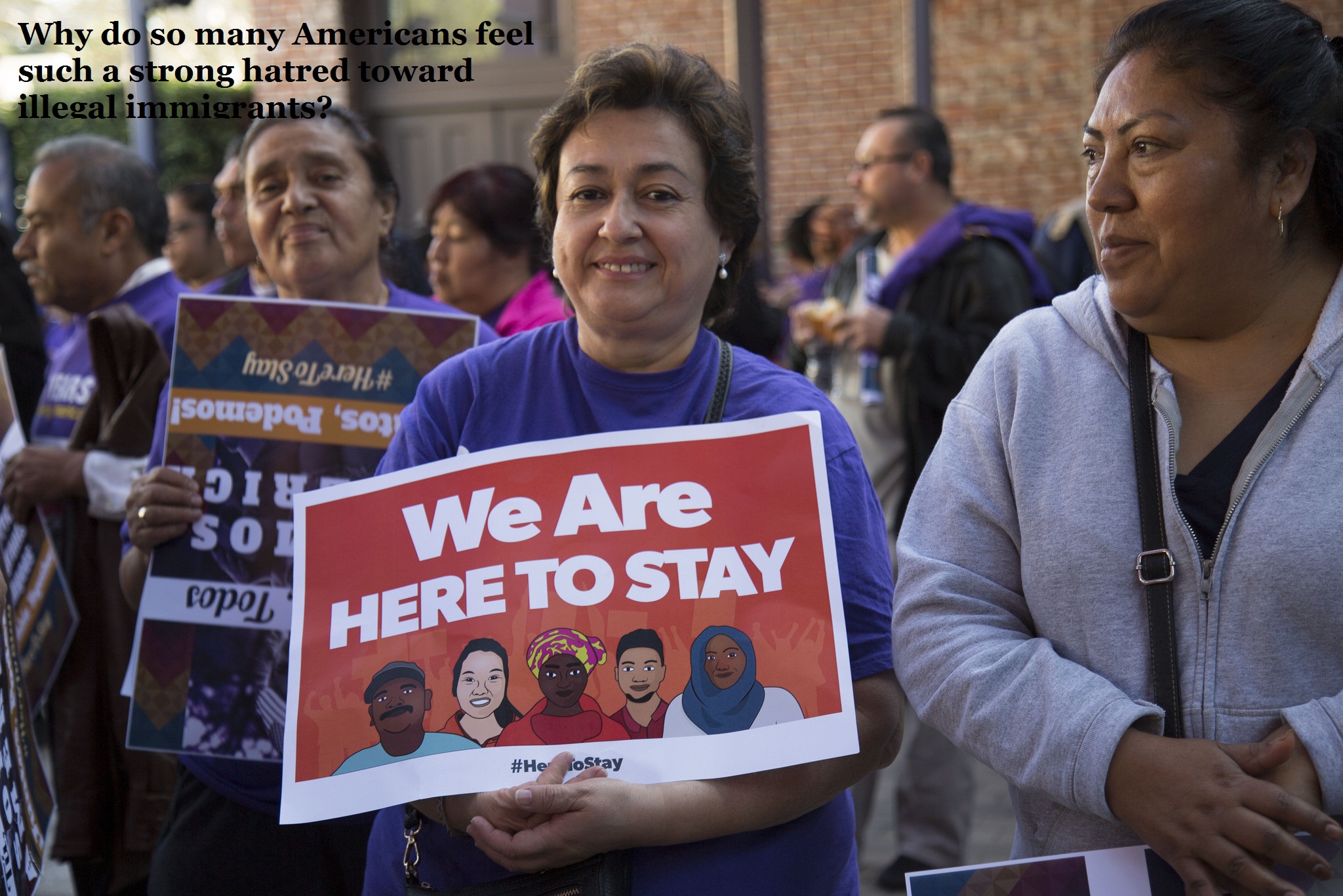 There is the first rule of making exceptions that don’t make any exceptions. Actually we can’t name it as strong hatred towards illegal immigrants but actually, it’s the emotion that comes out when government fails to do its job properly. The problem actually starts when any of the illegal immigrants break rules and get away with that with zero compensation or with little punishment for such irresponsible behavior just because he/ she is an exception. Taking various problems into consideration let’s see Why do so many Americans feel such a strong hatred toward illegal immigrants?

Law abiding people, be it a US citizen or an immigrant start viewing such biased laws as direct offenses against them. With such politically motivated measure, law-abiding people start to develop a resentment towards not only the policies but also the beneficiaries of that policies. Ever-toughening anti-immigrant stance is a direct consequence of that resentment that is growing with everyday passing by.

Some of the problems by the lawful citizens are listed below that tainted the reputation of the illegal immigrants:

In conclusion, there is no explanation of being illegal immigrants, the reason could be any. It is an unstated truth which prevails in the society and society has to accept its presence. Illegal immigrants who are abiding every law, doing hard work are overlooked by the one who is taking advantage of their illegal status. Politically motivated agenda have to kept aside and better start looking into the real problems.