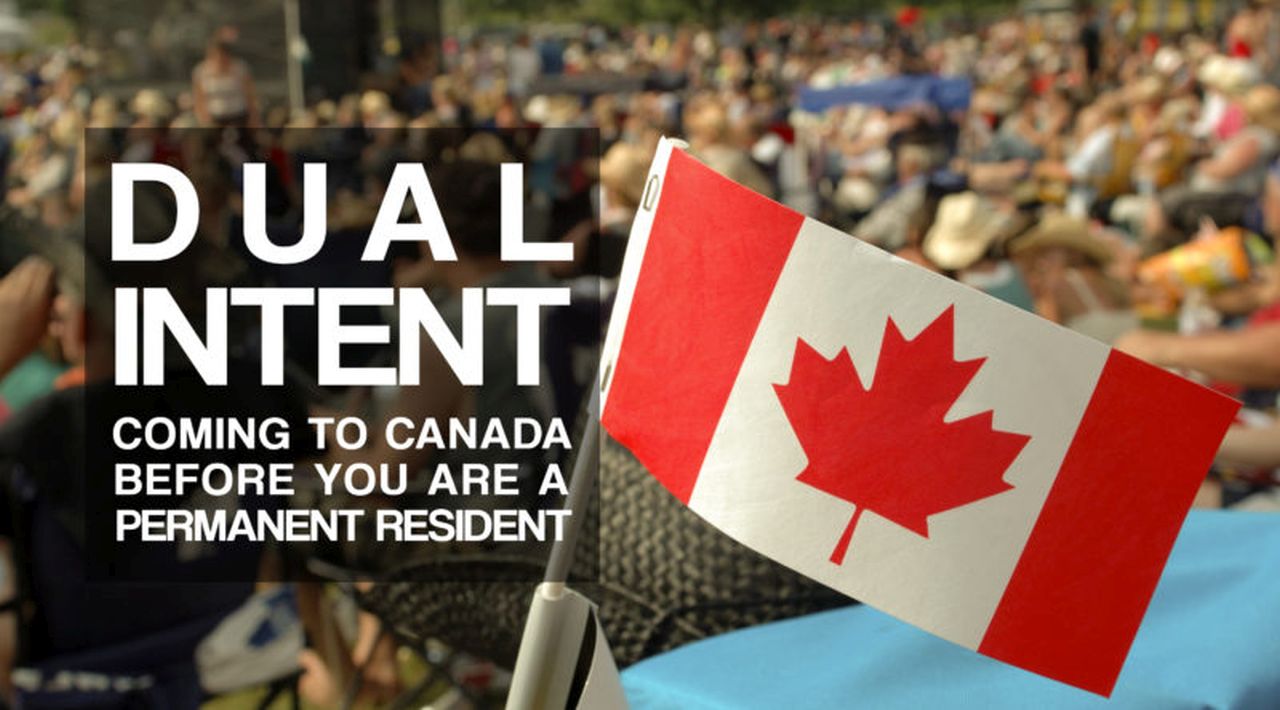 There are many Canada Immigration candidates who have not received their permits for permanent residency yet. They can apply for temporary residence visa as well as a Canada work permit, under the dual intent regulations.

As per the IRPA or Immigration and Refugee Protection Act, one is allowed to have two intense legitimately.  In fact, one can have individual application as well as a separate application for permanent and temporary residence.

According to the given fact on the Immigration, Refugee and Citizenship Canada website, ‘the issue of dual intent affects all categories of immigration applications.

As per the Section A22 (2) of the immigration, Refugee and Citizenship Canada, “An intention by a foreign national to become a permanent resident does not preclude them from becoming a temporary resident if the officer is satisfied that they will leave Canada by the end of the period authorized for their stay.”

There are several residence programs which encourage candidates to come to Canada as a temporary resident.  During this period of time, their permanent residence application will be under process.  Generally, this situation includes where the employers need foreign workers on urgent basis.  The worker can be easily granted entry in the foreign land with the required work permit.

According to the guidelines published on the Immigration and Refugee Protection Act website for the immigration officers, “if an officer has concerns/doubts about the applicant’s bona fide, the applicant must be made aware of these concerns and given an opportunity to respond to them.”

The Immigration and Refugee Protection Act guidelines also state the reasons behind the refusal of a temporary residence application.

A candidate having the study permit can apply for the permanent residence visa during the end of the course, provided that he meets all the criteria, and at any cost, this cannot be the reason for refusal. Also, it is essential that the candidate demonstrate that he will leave the country in case the study permit expires.

At the same time, the guidelines also state the fact that individual cases can be opened and interpreted, “Officers are reminded to use their own judgment and the flexibility afforded to them by A22 (2) when making decisions in cases with a dual intent aspect.”

Applicants who wish to work or study in Canada after or prior to applying for the permanent residence visa need to be aware of Canada’s dual intent policies.  You should also know how to properly address this issue.