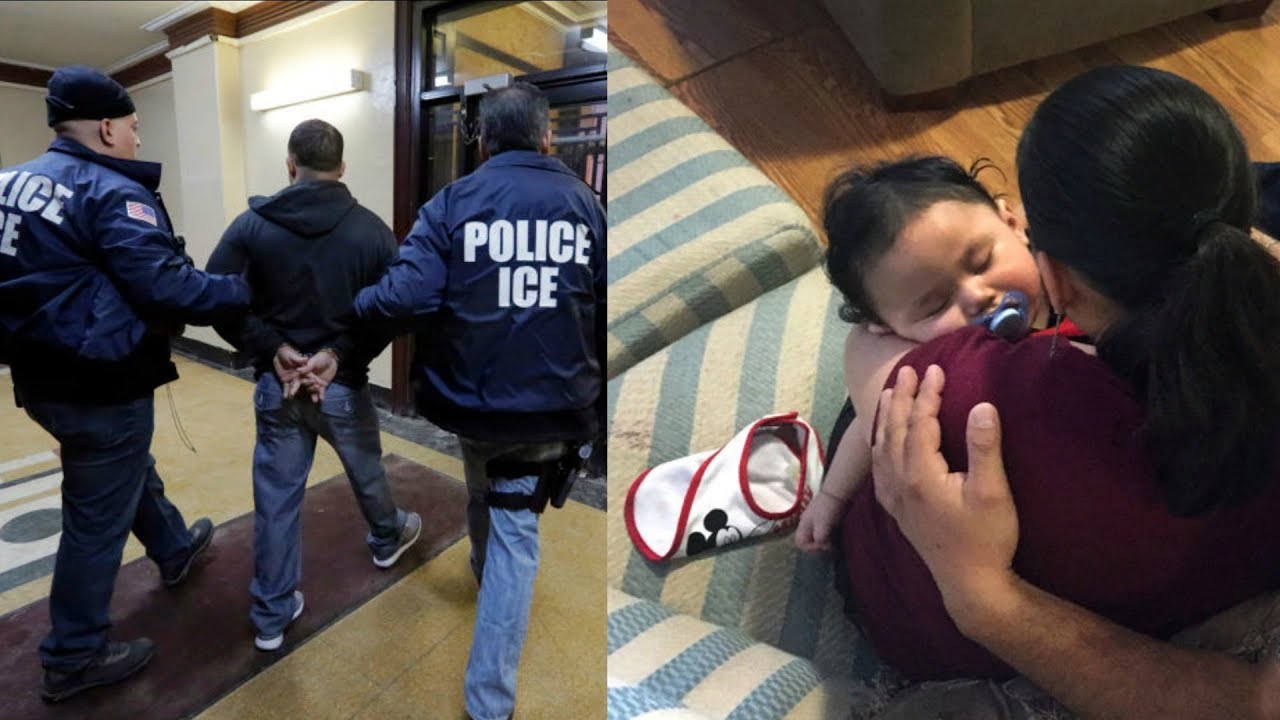 Immigration and Customs Enforcement Raids creates fear in the Immigrant Community, people asked to get help

The President has always been tough on immigration. While some changes are much needed in the immigration system, some ways of achieving it are creating havoc in normal people’s life. People are scared to approach the police or seek legal help because of the fear of deportation. The law exists to make everyone safe and when it starts creating fear, something is clearly wrong with the system.

Discussions in 30 Seconds hide
1 The Massive Operation- Hundreds of Immigrants rounded up
2 The Consequences- Even Immigrant Victims of Domestic Violence not spared and being rounded up by ICE in USA
3 What should you know? What are your rights once ICE raids your office
3.1 About Post Author
3.1.1 Raima Sen

The Massive Operation- Hundreds of Immigrants rounded up

During the operation, the agents verified the immigration status of the employees working there. The operations have also led to the arrest of several undocumented workers who were found to be in violation of the immigration policies and laws of the country.

In the wake of the massive raids conducted by the Immigration and Customs Enforcement agents, the people are afraid to ask for help even if there is a life or death situation. A similar case has been observed in which a woman was arrested and taken to court for further proceedings despite the fact that it was her who has called local law enforcement regarding a domestic violence complaint. This case might be an exception but the message it sends out there is not of security but if fear.

Over a period of five days around 700 people were arrested during the Immigration and Customs Enforcement raids. Such massive arrest and the operation itself has got a lot of media attention it should and has wreaked havoc in the Immigrant Community. All of this can have a negative effect on other people. Already living in uncertain times with their future in the balance, families might be scared to approach law enforcement for help. One question needs to be asked here, what does it say about your legal system when the law starts abusing rather than protecting the people?

What should you know? What are your rights once ICE raids your office

Law is there to protect everyone and you should never be afraid to ask for help. Lawyers, NGOs, and rights groups have been working in co-operation with each other to get to the bottom of the raid and the effects they had on the suffering family members.

People are asked to reach out and share their story so the people working to help them can get a better understanding of their ordeals. If needed, these collaborations have also provided consultation with attorneys dealing with immigration-related matters.

Although fear can be demotivating, you lose the fight when you decide to not fight for your rights. Always remember to consult an attorney who is registered with a valid license, be proactive and complete any paperwork and pending proceedings in time and be aware of your rights. Be aware and never be afraid to ask for legal help as there are groups who are fighting for the immigrant community.