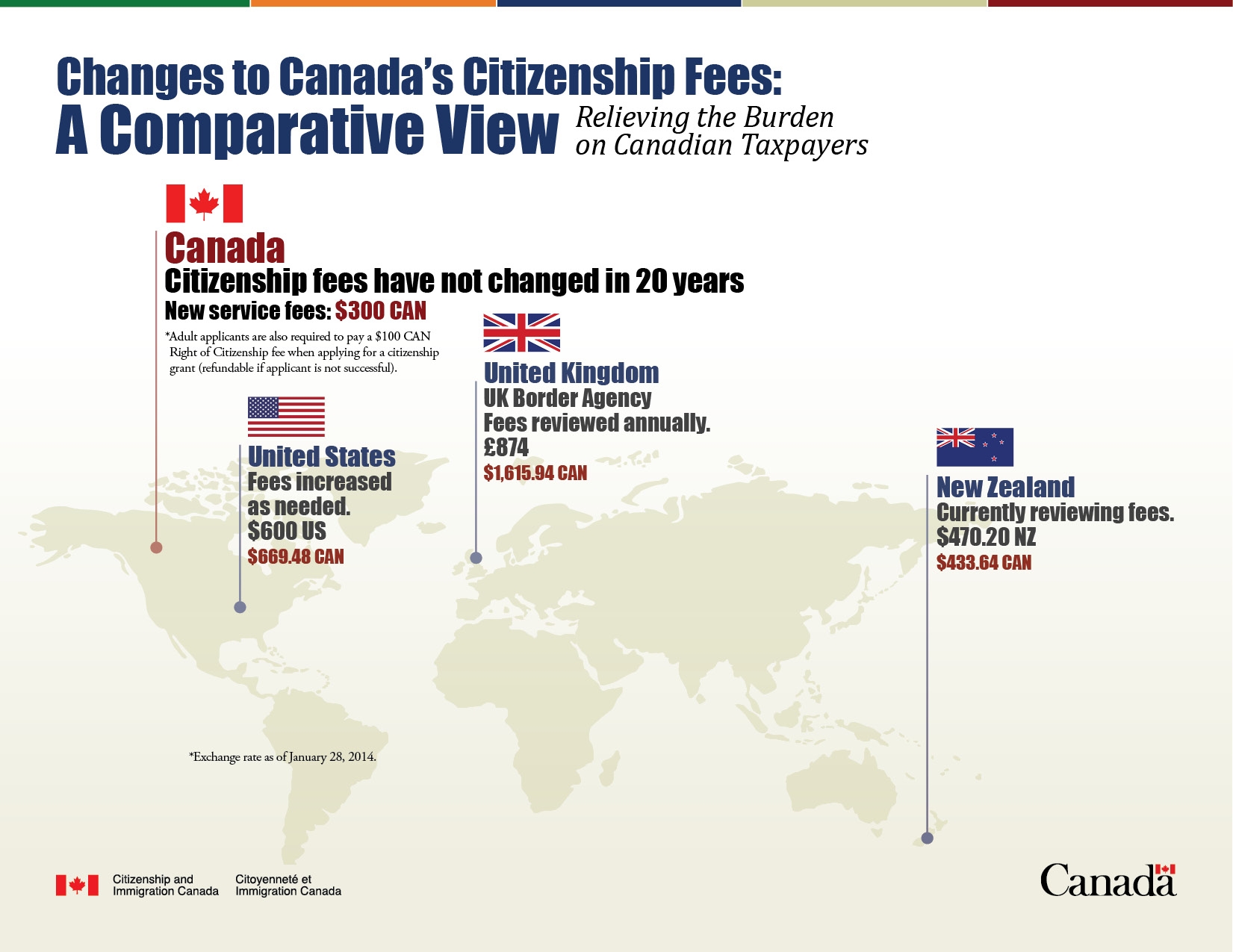 A number of people immigrate to Canada for job as well as for education purpose every year. Particularly students immigrate in large numbers from all over the world to study in the various universities of Canada. Settling down in any Canadian city requires a certain amount of citizenship fees and that is a major hindrance to many people. However, in the contemporary times, the citizenship fees for people below and of 18 years has been reduced to encourage more and more people to take the step. The citizenship fees in Canada are reduced by the government under subsection 5(1) of the citizenship act.

What is the citizenship fees in Canada?

As the term suggests a certain amount of money is levied on the immigrants to Canada if they want to settle down as a Canadian citizen. The citizenship fees in Canada used to be granted to those who are 18 or above till now and minors would not get that benefit. However, the amendments done in the citizenship fees in Canada during 2017 reduced the fees and hence also made rules which allowed immigrants under 18 to appeal for citizenship on their own behalf. This enables them to ensure that more and more people opt for a citizenship in Canada when they are migrating there. According to Minister Ahmed Hussen, gaining a Canadian citizenship is the strongest pillar of becoming a part of the Canadian life.

What are the major changes made in Citizenship Fees for Canada?

A number of major changes have been made to the Canadian citizenship policies. Here we are going to list the various changes that are being observed in the citizenship act since the last time it was amended.

How is reduction in Citizenship fees in Canada being implemented?

The citizenship department is operating with these reduced fees by engaging various province and territories, childcare agencies, various non-profit agencies to raise awareness regarding the changes that have been made. They also try to engage people who would be able to raise the awareness and assist the minors about the different ways in which they can acquire the citizenship of the country.

This is a very pleasing change and welcomed by a majority of the people who are immigrants as well as people who are already permanent residents of Canada.