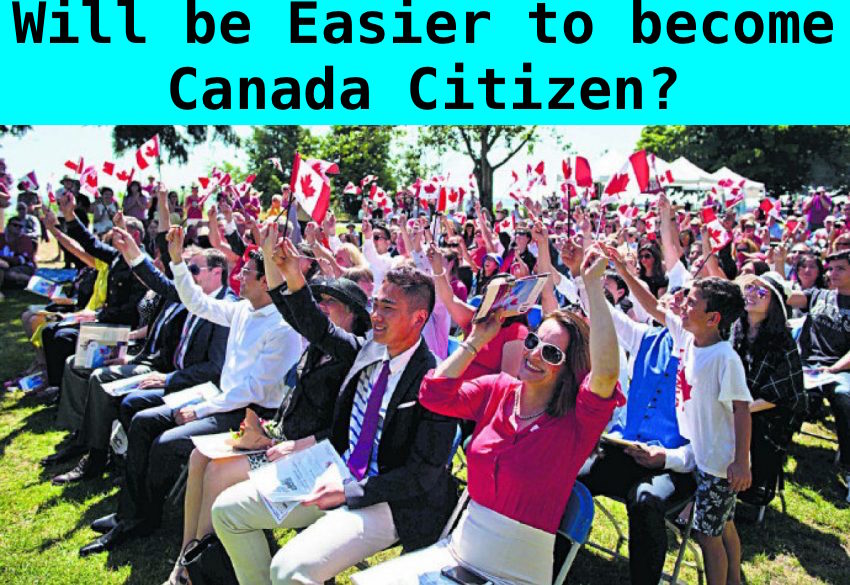 The residents of Canada planning to apply for Canadian citizenship will definitely benefit from the amendment in the citizenship act in Canada by the newly elected Liberal government. Applicants can gain Canadian nationality easily in a shorter time span with Bill C-6 introduced in March 2016 becoming the law. Read in detail about the New Residency Rules will Revamp Canadian Citizenship System.

Bill C-6 will reverse the downward trend observed over the last few years for Canadian citizenship. Harper government had crashed the dreams of many immigrants by tightening the citizenship act. It required applicants to be present for four out of six years and demanded 14 to 64 years for language proficiency requirement.

The changes announced by immigration minister Ahmed Hussen has been greatly welcomed by the permanent residents who aspire to gain Canadian Citizenship. The revised policy has reduced the residency requirement to three out of five previous years.

The age group eligibility to meet the language and knowledge requirement for citizenship has also been diminished from 14 – 64 years to 18-54 years.

Hussen mentioned that he was very proud and excited about these changes. With the new amendment many people eagerly waiting for Canadian citizenship will be able to apply. The Canadian government have broadened the citizenship eligibility. This act has encouraged more people to acquire citizenship and participate in Canadian society.

In addition to this, the Liberal government has granted one year credit to all immigrants before gaining the citizenship for the time spent in Canada. However, it was stated by Hussen that the fee for citizen will not be reduced. The current citizenship fee is $630 for adults and $100 for those under 18 years.

These changes are a part of amendments that received Royal Assent in June; it has also abolished the law that granted Ottawa to take away the citizenship granted to naturalized citizens if they have committed any crime after gaining citizenship. Along with it if the power of citizenship revocation is handed over to the Federal court from immigration minister.