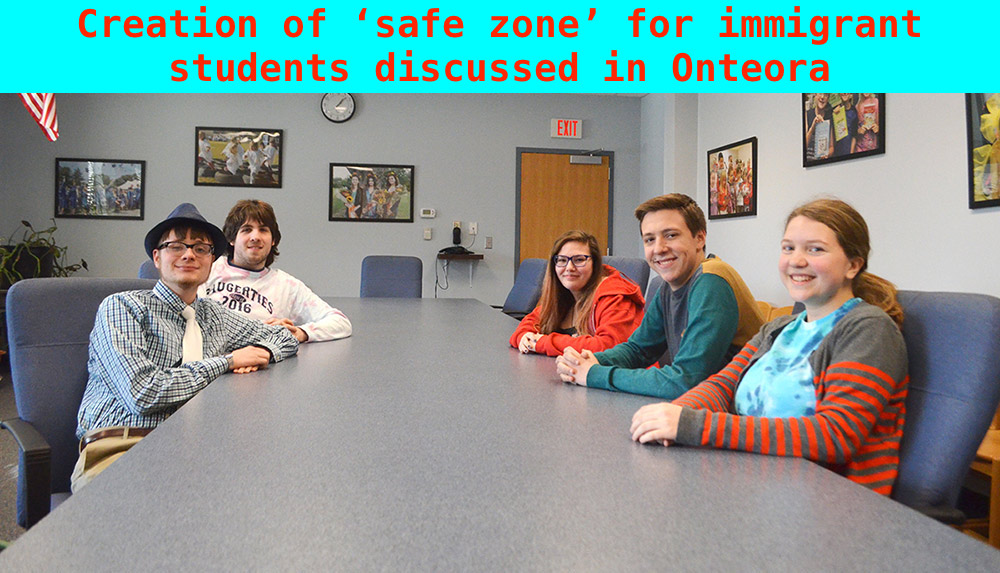 In a recent meeting of the Onteora District Middle/High School held on October 10 at the Phoenicia Elementary School the education trustees’ board was asked to find ways to deal with the matter of creating a district Safe Zone via a proposal for the immigration students. More on Creation of ‘safe zone’ for immigrant students discussed in Onteora. Amy Gustafson, a teacher and a volunteer with the Ulster Immigrant Defense Network (UIDN) presented some data on the subject. Under the Federal Law, the immigrant students are allowed to attend public schools irrespective of their legal status. The primary purpose of a safe zone is to ensure that all groups of students (immigrants as well as non-immigrants) are well-aware of the fact that it is safe for all the immigrant students to attend public schools. But a lot of misinformation has also been going around regarding this issue, and there is a need for the schools to make this information available to the immigrant as well as the non-immigrant families.

Discussions in 30 Seconds hide
1 The Reason behind Creation of ‘safe zone’ for immigrant students discussed in Onteora
1.1 About Post Author
1.1.1 Diksha Garg

The UIDN’s Ulster Chapter was formulated by the local communities, organizations and some concerned residents living in the nearby areas after seeing the rise in the events related to anti-immigrant prejudice. The task of creating Safe Zones in schools, mainly through teachers is done by the National Education Association. At present, around 95 school districts across the United States have adopted the Safe Zones.

Many school students are targeted by their fellow schoolmates based on their immigration status. They have to face problems like bullying, intimidation, stress and so on.

UIDN has been helping the victims of the anti-immigrant discrimination. In school districts across the Ulster Country, a 24-hour bilingual helpline will be launched to connect the people and make them aware of the resources available in the best possible way. Rapid response teams are being built to assist the people who might be under the threat of being deported. In its future meetings, the Board will contemplate over the issue of adopting a resolution regarding the safe zones.

The board has tackled another serious matter that could have led to division. It has approved a resolution that will change the policy manual in such a way that all the pronouns will be altered and will be made gender neural. Pronouns like ‘he, ‘she,’ ‘him,’ ‘his’ or ‘her’ will be replaced with ‘their,’ ‘their’ or ‘they.’ Now it will be enforced that no particular rule in the book targets girls or boys particularly.

One of the trustees Rob Kurnit stated that the recent report regarding buildings showed that replacements are required for the press box and the bleachers at the football field. The press box no longer was safe enough and hence was given priority. One of the officials was skeptical about the priority given to the issue and wondered if even the presence of the press box was necessary. Superintendent Victoria McLaren clarified and stated that the structure might be called a press box, but it is actually an announcers’ room. It is the place where the announcers sit to be able to see. She even said that the stand and the bleachers make a single unit and hence the replacement of the structures is a necessity.