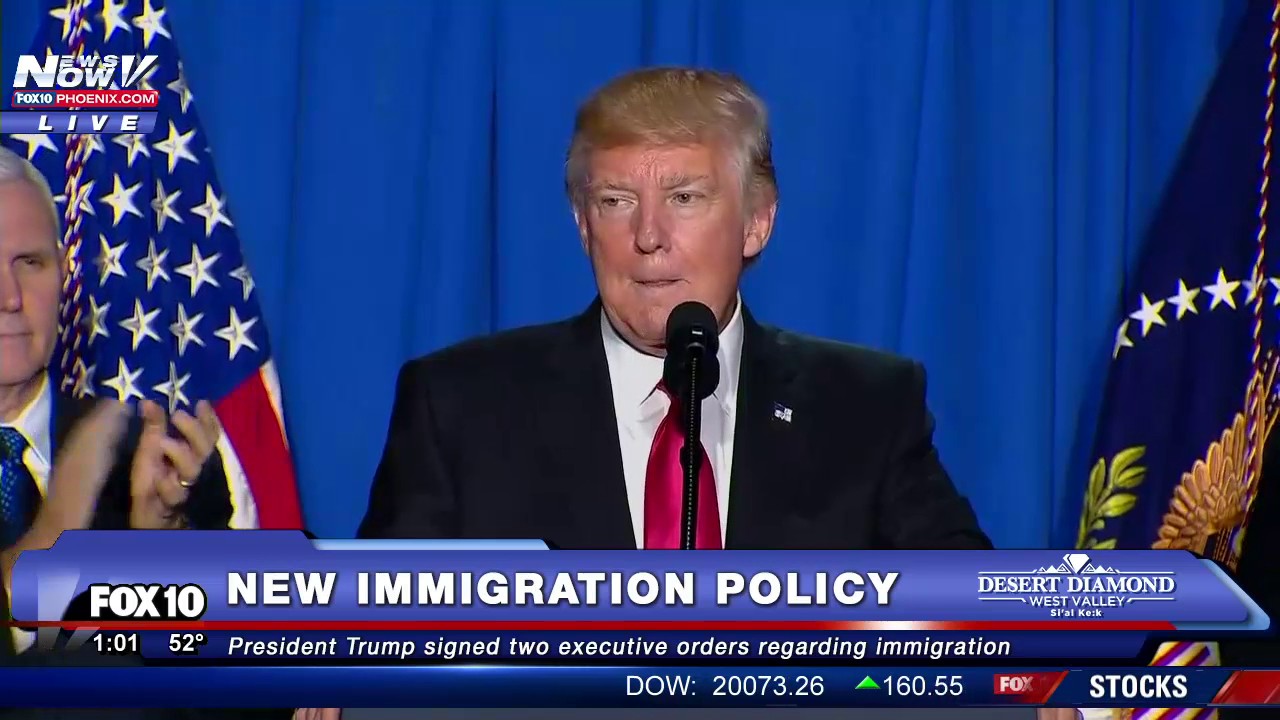 RAISE Act will cut down immigration to US by 50%- is America’s New Immigration Policy by Trump Good or Bad for USA?

President Trump has recommended new rules and regulations to revise the Immigration policy in the US. As per this new legislation, the merit-based visa scheme should be implemented that will impact a vast number of immigrants drastically. In a case this RAISE act proposed by Trump administration is passed, it will cut down the entry of the 50% immigrants to the country in the coming decade. Is America’s New Immigration Policy by Trump- Good or Bad?

It will not only put an end to the entry of immigrants through various lottery visas but also eliminate the chain immigration, where visas are offered to the family members of the immigrants settled in the country.

President Trump claims that this decision would increase wages and reduce poverty, saving billions of dollars of the taxpayers in the US.

As per this new immigration policy, the immigration application system will favor the people with English proficiency skills and financial stability, and they can enter the US if they demonstrate various professional skills that will add to the US economy.

Under the latest US immigration laws, most of the immigrants are not entitled to get the benefits like Social Security, Medical aid, and food stamps, etc., unless they stay in the US for the minimum period of five years.

The RAISE Act is Trump’s initiative to overhaul the current immigration system and make reforms in the legislation that control it. This attempt by the president of the US is going to change the complete immigration process and is considered to create significant problems in future.

As per this bill, US would admit immigrants that will qualify the mentioned conditions to make America a better place. In addition to the entry of people with the financial stability and other qualifications, this bill would also end the system where the immediate relatives of the immigrants get a visa. Currently, more than 65% of Green cards are given to the immediate relatives or family members of immigrants in the US.

It is believed that if RAISE act is implemented, 600,000 family-preference immigrants that are admitted to the US every year would be reduced to 90,000 only. This act will also eradicate the lottery system that allows almost 50,000 people to enter the country based on the lucky draw.

The Raise bill is highly inspired by the Canadian Point System for immigration. This system is considered to be the ideal model for the immigration reforms as individuals who aspire to shift to the country log on to the website of Canada to see if they are skilled and qualified enough to apply for the Canadian visa.

Canada has almost one-tenth of the population of the US. However, they admit an almost same number of immigrants every year as the United States based on their educational and professional qualifications, language proficiency and other skill sets.

However, most people feel that the new laws might create a lot of issues in future, and may affect the US economy also and this concept of “Good Immigrant” is an assumption that might not actually benefit the US citizen in reality.

“Good” or “Bad,” at this point, it is crucial to make comprehensive reforms in the immigration policy to accomplish the desired results. The primary focus of the laws should be to eliminate the entry of illegal immigrants in the country by making modifications in the current policy such as strengthening the employer verification for the jobs offered, enhanced border securities, initiating temporary guest worker programs, etc.