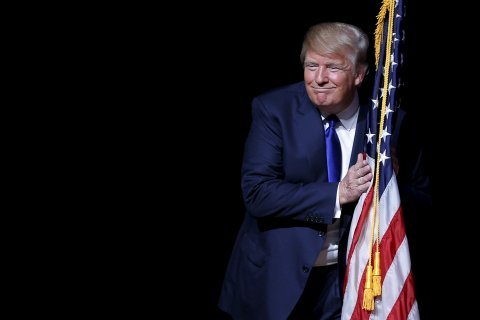 Donald Trump has been in power for more than 8 months now, and so far, things are looking up for him. The US stock markets are performing fairly well, and the policies he has implemented so far seem to be working just fine for the US and the rest of the world. However, some of his proposed policies have spiked some controversy in the US and in the world as a whole. The proposed immigration laws, for instance, have stirred different reactions from all corners of the globe.

The plans endorsed by Trump’s administration aim to reduce immigration by 50%. Immigrants from non-English speaking countries will suffer the brunt as the proposed policies do not favour them at all. Family sponsorships will also be reduced and less skilled immigrants will be penalised. All this is in an effort to boost the country’s economy and reduce the number of immigrants who are dependent on welfare. The new system will be based on points, which will be awarded to applicants based on a number of factors including whether they can speak English, whether they are capable of providing financial support to their families, and whether they have skills that will benefit the US economy and their income level.

Trump’s administration claims that the merit-based system, which Canada has been using since the 1960s, seems to be working very well for them and that is why they also want to give it a try. The administration believes that the current system, in which families and employers sponsor immigrants, is unfavourable to the US economy because the immigrants take up jobs which American workers can do and accept lower wages, making it very unfair for American workers. The administration also believes that welfare is being abused by immigrants, hence the need to reduce the rate of immigration and ensure that only applicants with valuable skills are allowed into the US.

Reactions to the proposed policies

The plan has been opposed by a number of Republicans and Democrats and major changes need to be made for it to be passed as law. Those who are in favour of the proposed policies argue that immigration laws can be made to suit the country’s needs, and that is exactly what the plans have proposed. Polls show that the number of Americans supporting the policies is about 19% greater than the number of Americans against them.

Effect of proposed policies on the stock market

Trump’s immigration policies are bound to have a significant effect on the stock market. The first obvious thing that is bound to happen if the policies are implemented is the sharp decrease in the number of undocumented workers, who many sectors of the US economy rely on. As of 2014, there were about 8 million undocumented workers in the United States, and this represents approximately 5% of the US workforce.

If all these workers were deported, many businesses would be forced to shut down because of shortage of labour as there would not be enough American workers to fill the gaps left behind. Additionally, American workers would demand higher wages than the deported workers. This would lead to a shortage of products and services in the market, which would ultimately cause price hikes. An economic downturn in the country would have an adverse effect on the stock market as many businesses would depreciate. Online stock trading would also be greatly affected by such a move, with online trading sites such as CMC Markets bearing the first brunt.

In as much as Donald Trump’s proposed immigration policies are aimed at improving the US’s economy, they would have more far-reaching negative effects, and this is not a risk worth taking. Instead of trying to blindly implement the new system, the merit-based system used in Canada should be carefully studied and analysed, and only the policies that make economic sense should be adopted by the US. The changes to the current system should also be gradual and systematic so that the country is able to adapt to the new system without overwhelming its systems. This will prevent the adverse economic effects that could be brought about by the radical policies which have been proposed.