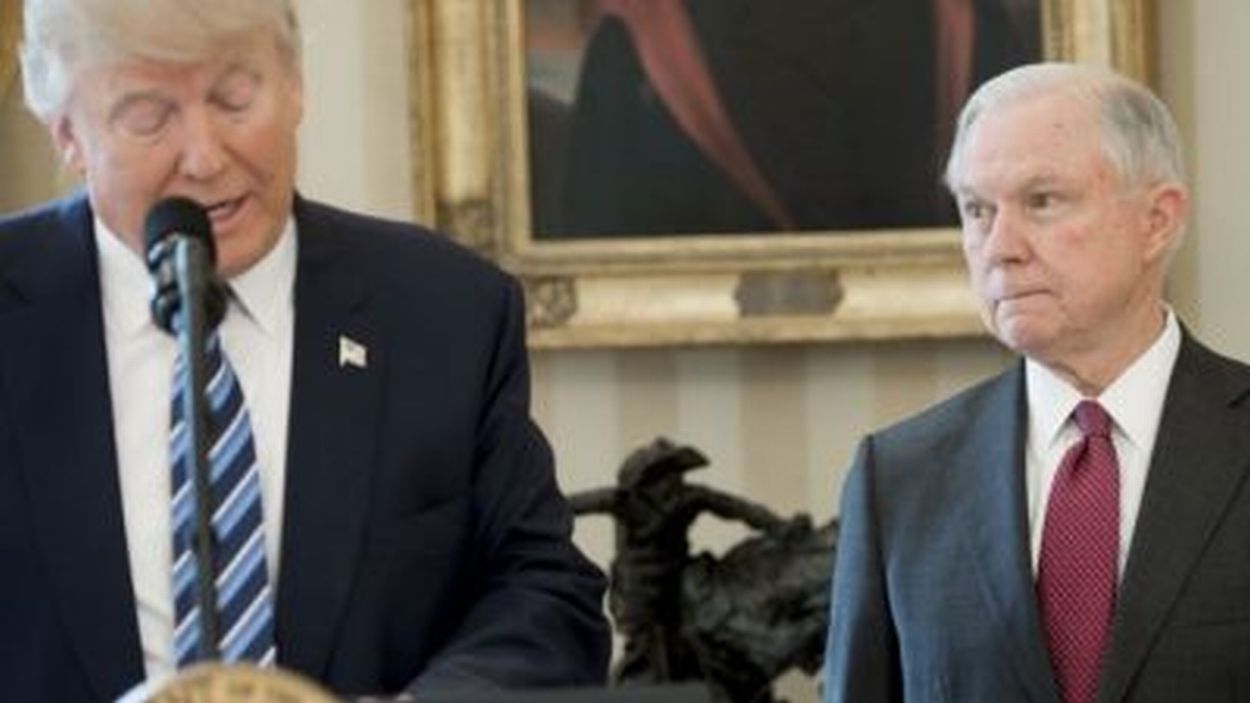 It is of no doubt that the rise of Donald Trump to the most powerful post in the United States, can be credited to his hard-line actions and promises against the immigrants. Whether it was the Mexican immigrants or refugees seeking shelter, Donald Trump was adamant on cleaning USA off the immigrants. Sticking with his campaign promise, his appointed Attorney General Jeff Sessions have ordered federal prosecutors to ask district judges to issue the “judicial orders of removal” for any foreign nationals convicted in the American soil and to help USA to expedite deportation of illegal immigrants

What is “judicial orders of removal”? How would it help USA to expedite deportation of illegal immigrants

This new policy formulated by Jeff Sessions, a champion in hard-line anti-immigration policies, have reversed the previous procedure, where a foreign national convicted in USA by a federal court, would have to visit the immigration court after the completion of their sentence, to get a ruling from the immigration judge on their deportation status.

Under the new law in USA, however, the person will be deported instantly, upon the completion of his sentence.

“This is a new era. This is the Trump era,” Sessions echoed while announcing the new measures taken against the immigrants who are involved criminally in USA.

Deportation of convicted immigrants is a first step in making America great again, as Trump has said in numerous of his campaign rallies.

How will it benefit the USA government? How would it affect Immigrants in USA?

This new legal tactic adopted by Attorney General Jeff Sessions is going to benefit the US government in a number of ways.-

Fast-tracking over the immigration courts

Removal of convicted foreign nationals by judicial means is not something new that the Trump administration is employing. It has been a part of immigration law for decades. The deportation of individuals falls under the purview of immigration courts managed by the Justice Department.

However, due to a rising number in deportable immigrants, has resulted in massive delays in deportation. A Government Accountability Report (GAO) published recently showed that the backlogs in immigration courts are so long now that a deportable person may have to wait for years to receive a decision from the judge.

So, the new orders plan to take decisions out of the immigration court and make it a complete power of the federal courts to decide on the matter.

What more did Sessions add?

Apart from the above, Attorney General Jeff Sessions also made it a felony to cross the border without valid documents for the second time. Foreign nationals, if found in possession of fake documents, will be now convicted of document fraud and aggravated identity theft, and they will have to serve a mandatory minimum sentence of two years in prison, before getting deported.