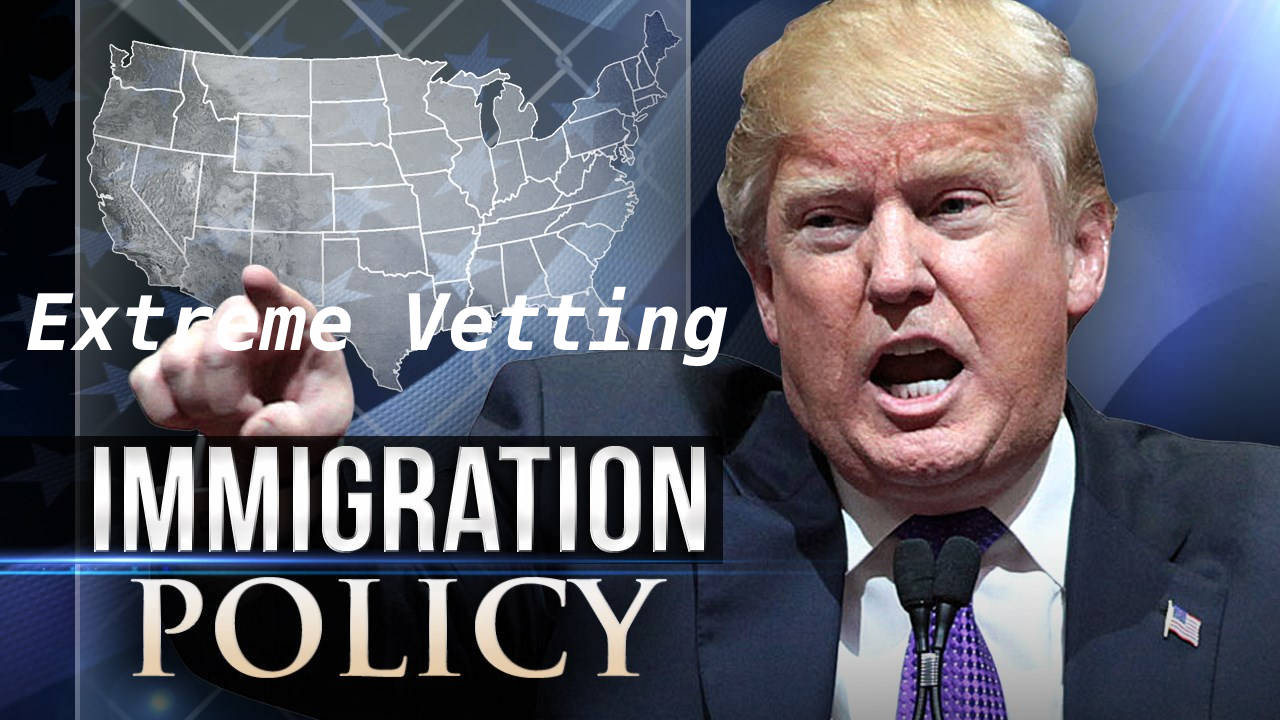 Donald Trump’s government has proposed an immigration ban for the visa applicants. This prohibition includes the suspension Syrian refugees program for at least 120 days, and entry of people from seven Muslim countries can be banned indefinitely under Trumps administration. Donald Trump says that this ban is not about any religion in particular, in fact, it has been implemented keeping the safety and security of the country in mind. Thus, Extreme Vetting Policy under the Administration of Trump has tightened the Controls on Immigration

This policy has been termed as “Extreme Vetting.” Now the question is what is ‘vetting’ and how does it impact the people?

Vetting is a procedure to conduct the background check of a person along with many other investigations. It involves confirming of a particular individual’s character through references, his computerized and social media database check, his employment information, etc.

As per the “extreme vetting” policy, the rules for immigration have been tightened for the visa applicants. Immigration department under the administration of Donald Trump has come up with the new set of questions for the visa applicants according to which these candidates would require giving their biographic information for last 15 years. It also includes the information of the person’s social media accounts for the past five years. This questionnaire was passed in May this year.

Similarly, the tourists from the Europe and other countries would also require providing information regarding their financial data, social media passwords as well as the contacts in their mobile phones under extreme vetting policy.

This “extreme vetting” policy system would rigorously evaluate the visa applicants to ensure the national security and terrorism ineligibility. The new application form would require the visa candidate to deliver the following details,

Requirements under new Vetting Policy of USA for issuance of VISA

Although these revelations for Vetting Policy are superficially called voluntary, the application form clearly states that if the applicant fails to issue the asked information, his visa application for travelling to USA may either be rejected or delayed.

Right now this questionnaire is implemented for a temporary period of 6 months as an emergency procedure, but there are fair chances that it will become permanent.

As per new Rule, Visitor has to share data for past 15 years in his Visa application for travelling to USA

As per State Department, approximately 65,000 individuals are expected to be scrutinized every year through the ‘extreme vetting’ policy. Since the information required is comprehensive including 15 years, it might extend the visa process considerably, making it error prone procedure with too much of data to handle.

False information provided by the applicant may lead to inadmissibility. That is why it is recommended to give the right information.

Citizens from countries such as Yemen, Syria, Somalia, Libya, Sudan, Iran likely to be affected most

Because of this extreme scrutiny, newly hired workers may also encounter problems such as visa delays or even denial. Additionally, the citizens of the countries such as Yemen, Syria, Somalia, Libya, Sudan, Iran and other ISIS-controlled territories may face additional delays in visa processing.

Related Read- Process of applying for US visitor Visa (B2 Visa)