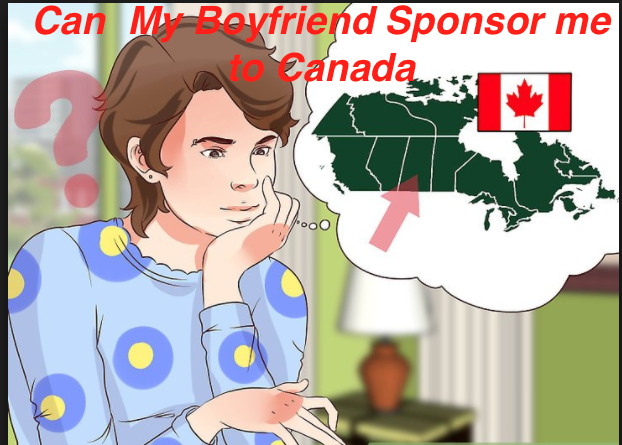 Understanding Process to Sponsor your Girlfriend to Join you in Canada

Often people meet someone outside a country and fall in love. And then, they want to do all they can to live together. Well, who wants to take the risk with the distance! So, it is possible to Sponsor my Girlfriend to Come to Canada.

If you are a Canadian citizen, even you would want to bring your lady love to the same country like yours. But maybe you aren’t aware of the procedures or the requirements for the entire process. Sponsoring someone to come to your country may not be as simple as it seems to be. You may think that being a Canadian citizen, the entire process will be quite simple for you. But on the contrary, the process can turn out to be a complicated one.

So if you are willing to bring your girlfriend to Canada with you, just read on and find out what all would be needed to fulfill the requirements that would be a part of the sponsorship.

Discussions in 30 Seconds hide
1 Eligibility Criteria to Sponsor Your Girlfriend to Come to Canada
1.1 Are you eligible to sponsor your girlfriend to Canada? Hope you never declared bankruptcy or are paying any Alimony?
1.2 Those convicted of any criminal offense or loan defaulters also cannot sponsor anyone to Canada
1.3 Who can you Sponsor to Canada
2 Seeking Help from an Immigration Law Expert
2.1 Related Read- Minimum Income Requirements to Sponsor Someone to Canada
2.2 About Post Author
2.2.1 Diksha Garg

Eligibility Criteria to Sponsor Your Girlfriend to Come to Canada

Before you begin the process of sponsorship for your girlfriend, ensure that you are eligible to do so.

If you are a Canadian citizen or a permanent Canadian resident aged 18 years or more, you can serve as a sponsor for someone to come to Canada. In case, you have been living in Quebec, make sure that you meet the sponsorship requirements of the province.

Are you eligible to sponsor your girlfriend to Canada? Hope you never declared bankruptcy or are paying any Alimony?

But, there are also certain exceptions to the conditions as mentioned above. For instance, you aren’t eligible for the sponsorship if in the past you have been unable to meet the terms of the requirement for sponsorship. As per a sponsorship agreement, you have to be able to provide the basic needs of life. Another exception is not paying the child support or alimony and declaring bankruptcy that has not been discharged.

The ones who receive social assistance or are disabled can also not serve as sponsors. Those who are unable to pay back the immigration loan or have been late or irregular in your payments, you cannot sponsor someone. In case, you have been found guilty in a certain crime including offenses of the sexual nature, an offence against a relative that may have resulted in any kind of bodily harm; you cannot serve as a sponsor.

If someone else had sponsored you to come to Canada as your spouse or your conjugal or common-law partner, and you became a permanent Canadian resident, you need to wait for a minimum period of five years before you can sponsor someone else.

Who can you Sponsor to Canada

The group of people who you can sponsor includes spouse, partner of the same sex, a conjugal partner or a common law partner. The common-law partner may or may not be of the opposite sex as yours.

If you and your girlfriend have been living together in a relationship for a year or more, you can sponsor her.  A conjugal partner is a spouse who has been unable to marry his or her sponsor. It also refers to the common law partners who have not been able to live together for a year continuously.

An Immigration law expert can be of great help when it comes to the sponsorship. He can help you get through with the various complexities of the rules and regulations associated with the process. They are well-equipped with all the knowledge and information to prepare a flawless application to help so that you can Sponsor your Girlfriend to Come to Canada.

Related Read- Minimum Income Requirements to Sponsor Someone to Canada