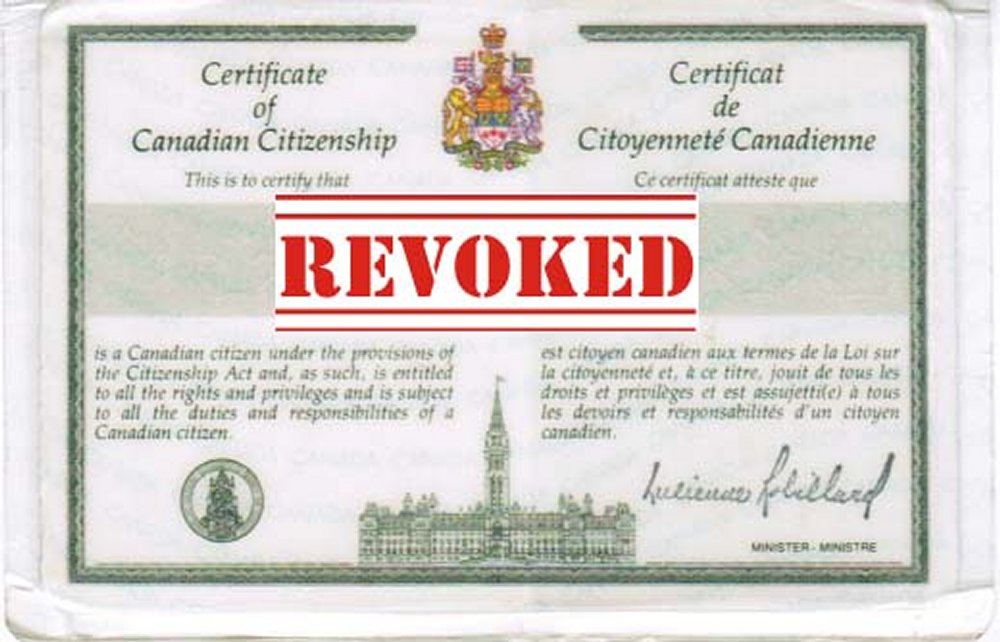 The naturalization process under the Citizenship Act allows a person to become a citizen of Canada. There are two conditions to become a citizen of Canada: i) that person should be Canadian by birth (either born in Canada or born outside Canada to Canadian citizens who were themselves either born in Canada or were granted Canadian citizenship), or ii) that person has applied for a grant of citizenship and has received it.

The Canadian constitution grants several rights to its citizens. Not only that, citizenship in Canada comes with a host of responsibilities and you will have to follow them, as your duty towards the society. However, your naturalization process can also bring some worry, as the government has the right to revocation of  Canadian citizenship.

Revoking Process- How Revocation of Canadian Citizenship is effected

The revocation process will be based on two decision-making streams:

This new process has been in effect since 2015.

Conditions under which your Canadian citizenship can be revoked

Your citizenship can be revoked under certain circumstances as described by the Canadian law. The subsections 10(1) and 10.1(1) of the Citizenship Act provide that a person’s citizenship may be revoked if the person has

Canadian Citizenship may also be revoked if a person-

However, it must be noted that the above revocation grounds only apply to those who are holding dual citizenship. According to Article 8 of the United Nations Convention on the Reduction of Statelessness, Canada won’t be able to render a person stateless, even if that person was found guilty of the above circumstances.

What is way forward after your revocation of Citizenship?

Once the revocation of Canadian citizenship is done, that person attains the status of a foreign national on Canadian soil. However, if the citizenship was revoked on the grounds of providing false information, or committing fraud, or concealing material possessions as per the fact described in Sections 34, 35 and 37 of the Immigration and Refugee Protection Act (IRPA), then the Federal Court may also declare that person inadmissible and/or issue a removal order.